A study on eating habits finds that a meat-heavy dietary intake, such as that of men in the UK, is more responsible for methane emissions from cattle and deforestation.

Men’s meat-heavy dietary intake is responsible for 40 percent more climate-heating emissions than those of women, a UK study finds.

The research also finds that 25 percent of diet-related emissions were from “optional” food or drink, including coffee, alcohol, cakes and sweets.

Another study, published by the Journal of Industrial Ecology in July, says “Our results show that total greenhouse gas emissions can be lowered by 36–38% by shifting the expenditure on [mainstream food, holidays, and furnishings] to less carbon-intensive alternatives without changing the total expenditure.”

And a study in the Lancet notes that in Western countries, “vegan and vegetarian diets were about a third cheaper to buy than regular diets, which the researchers said contrasted with the perception that they were the ‘preserve of a privileged middle class’.”

According to the Guardian, previous studies have shown that “meat-eating in rich countries must be sharply reduced in order to tackle the climate crisis, largely caused by the methane and deforestation associated with cattle.”

Yet these studies have looked at the average emissions of broad food categories, while the Plos One study analysed the emissions “linked to more than 3,200 specific food items and examined the diets of 212 British people, who recorded their food and drink intake over three 24-hour periods.”

The Plos One study found “animal products were responsible for almost half of the average diet’s greenhouse gas emissions: 31 percent from meat and 14 percent from dairy. Drink caused 15 percent of emissions and 8 percent came from cakes, biscuits and confectionery.”

“We all want to do our bit to help save the planet,” say the scientists, led by Holly Rippin, at the University of Leeds. “Working out how to modify our diets is one way we can do that. There are broad-brush concepts like reducing our meat intake, particularly red meat, but our work also shows that big gains can be made from small changes, like cutting out sweets.”

Rippin tells the Guardian the research did not look into why men in the study consumed more meat. “But we can speculate that it could be because men generally eat more food than women,” she says. “We could also speculate that men may eat more traditional meat-based diets.”

The Lancet study, the authors write, finds that “Compared with the cost of current diets, the healthy and sustainable dietary patterns were, depending on the pattern, up to 22–34% lower in cost in upper-middle-income to high-income countries on average (when considering statistical means), but at least 18–29 percent more expensive in lower-middle-income to low-income countries.”

A flexitarian diet reduced costs by 14 percent, but pescatarian diets actually increased costs by percent. The study focused on whole foods and did not include highly processed meat replacements or eating at restaurants or takeaways, the Guardian writes.

The scientists in the Lancet study wrote “Reductions in food waste, a favourable socioeconomic development scenario, and a fuller cost accounting that included the diet-related costs of climate change and health care in the cost of diets increased the affordability of the dietary patterns in our future projections.”

“We think the fact that vegan, vegetarian and flexitarian diets can save you a lot of money is going to surprise people,”  Marco Springmann, at the University of Oxford, who led the Lancet study, tells the Guardian.

“When scientists like me advocate for healthy and environmentally-friendly eating it’s often said that we’re sitting in our ivory towers promoting something that is financially out of reach for most people. This study shows that it’s quite the opposite. These diets could be better for your bank balance as well as your health and the health of the planet.” 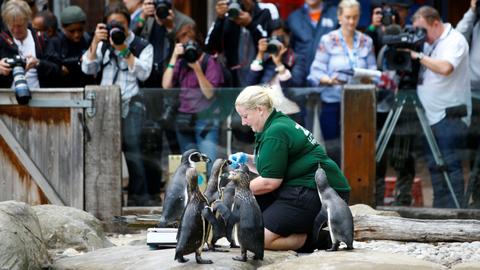