Afghanistan’s deepening economic crisis since the Taliban takeover has taken its toll on the country’s orphanages.

Four out of ten children in Afghanistan’s orphanages are being sent to live with their relatives as the growing economic crisis incapacitates institutions, leaving thousands of children without shelter.

Those who stayed in are the ones with no one to take care of them. Some of them have relatives, but they either do not want to take them in, or are not capable of caring for them.

Before the Taliban takeover, there were 9,319 children housed in Afghan orphanages. However, in the wake of the economic crisis, that number fell to 3,566 with many children being sent away.

There are a total of 68 orphanages in Afghanistan, publicly and privately owned, and 26 of those have been shut down due to the economic crisis, and several other orphanages are facing the same fate with the ongoing crisis.

The economic crisis has also led to a decrease in adoption and foster family applications.

The crisis in Afghanistan has left orphanages struggling to keep the lights on, with frequent power outages and generators falling short of their needs.

Running water is also hard to find in orphanages, and troubles extend to acquiring drinkable water.

Moreover, the orphanage buildings are in poor condition, plagued by serious hygiene problems in rooms and dining halls.

"We cannot meet the daily needs of children such as food, clothes and medical supplies in a short period of time as we did in the past,” the manager of Kabul’s Teyiye Mesken orphanage, Mucibi Rahman Hotak, said.

“We need everything from food to winter materials such as coal and clothes to keep them warm, and stationery for their education," he added.

Authorities also reported that the personnel in orphanages had been having trouble getting their wages from the time of the previous government, and that problem was aggravated with Taliban’s takeover.

Since the Taliban seized power, orphanage personnel, including the country's director of orphanages Feyzan Ahmed Kaker, have only received a month’s wage.

Nevertheless, the personnel see their job as a religious obligation and continue their work according to Kaker, who added that some children were returning to the orphanages with schools opening for primary and secondary education

"If resources are provided and the economic situation improves, children sent to their relatives can apply to orphanages again,” he told AA.

“Even now, some children are applying, but we cannot accept them due to insufficient resources and operations of orphanages in some provinces."

After seizing power, Taliban officials visited Afghanistan’s orphanages and promised to provide support, but a concrete solution has not yet been offered.

Orphanages do not receive any amount of financial assistance from the Taliban government, and international aid was cut when the Taliban seized power.

"Some of our problems are from the previous government’s rule, and they still persist. ... We had contacted some charities and philanthropists who helped us to some extent. We are still managing with these aids," said Kaker.

Orphanage administrations are calling for the continuation of national and international aid to Afghanistan’s orphanages so they can keep their doors open.

According to Kaker, they have applied to international aid organisations including the United Nations Children's Fund (UNICEF) and the Turkish Cooperation and Coordination Agency (TIKA), and UNICEF promised to pay for the teachers’ wages.

However, despite its necessity, aid is not sufficient according to authorities. There is also a need for the Taliban administration to step in and develop a concrete and continuous institutional policy with international aid organisations.

“We want the Taliban government to set a clear policy for protecting the children,” said Kaker. 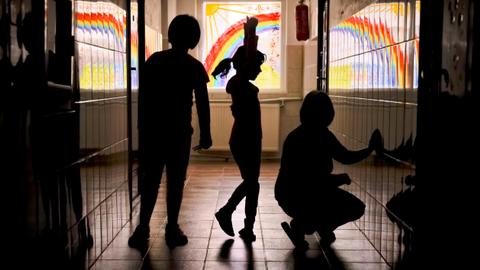