A controversial op-ed by a Republican Senator highlights a lack of Black journalists in top roles in news organisations.

The manner in which the brutal killing of George Floyd, and the subsequent protests against police brutality, is being covered, has raised tensions in the newsrooms of leading newspapers in the United States.

A controversial op-ed in The New York Times, as well as a column in the Philadelphia Inquirer, have both come across as somewhat disrespectful of the anguish felt by protestors. This has caused a firestorm in the media community.

The hasty decision of the editors of the NYT to publish an op-ed by Republic Senator Tom Cotton, who called for the deploying of the military to quash what he referred to as “insurrectionists”, drew criticism from within the paper’s staff - especially its Black employees.

Even for the Times, which has a long history of giving space to diverse opinions, the backlash from its own staff must have come as a shock. More than 800 staff members signed a protest letter.

Soon after Cotton’s racist op-ed went online, many of the NYT staff condemned it and took to Twitter expressing that the paper’s decision had put the life of staffers in danger.

Nieman Lab, which investigates the changing media landscape, reported that several Times employees took sick leave to mark their disgust. Within the company, an intense debate raged over the subject.

“It has never been my expectation that every piece The New York Times publishes will confirm my personal worldview but it was also never my expectation The Times would run an op-ed calling for state violence that uses multiple false and misleading claims to make its argument, and which our own journalists report is impacting their safety and ability to source stories,” Nieman Labs reported, citing a message that an employee posted on the company’s Slack group.

Strong reactions also came from the public and NYT’s readers, some of whom took to Twitter to declare the cancellation of their subscriptions.

I am trying to cancel my subscription of @nytimes after their decision to run the Tom Cotton piece and it seems they have a special handler for all those who wish to cancel because of their editorials? "Sorry our wait times are longer than expected. Thank you for your patience." pic.twitter.com/Kc8EMIQYZi

Initially, James Bennet, the editorial page editor, defended the decision in a series of tweets saying that his paper has always historically published different opinions.

Times Opinion owes it to our readers to show them counter-arguments, particularly those made by people in a position to set policy.

But it later emerged that Bennet had not even read Cotton’s essay before its publication, and the newspaper is now looking at ways to fix its editorial process.

In a column of his own, Bennet said he’s opposed to using federal troops and cited examples where editorials and opinions have been published that supported the protestors and called for police reforms.

“It would undermine the integrity and independence of The New York Times if we only published views that editors like me agreed with, and it would betray what I think of as our fundamental purpose — not to tell you what to think, but to help you think for yourself,” he said.

‘Buildings are not people’

Journalists at The Philadelphia Inquirer protested similarly after the paper published a column by an architect under the headline “Buildings Matter, too” essentially equating brick and mortar with the Black people killed by White police officers.

I’ve learned not to rage email, and by extension, I do not rage tweet (or tweet much at all). Accordingly, I’ve waited a full 24 hours to calmly tweet that this headline from @PhillyInquirer is why Black people find it difficult, AT BEST, to trust the news. Do better. DO BETTER. pic.twitter.com/pcpsmkJ1nL

Dozens of journalists from various backgrounds at the paper walked out on Thursday in protest, saying in an open letter that such incidents erode their hard-earned journalistic trust with local communities.

More than 40 percent of Philadelphia’s population is Black.

Today, I’m joining my colleagues of color at the @PhillyInquirer and calling in sick and tired.

Things need to change. We call on The Inquirer to do better. To be better.

Here is the open letter we sent our newsroom leadership yesterday:https://t.co/By22o9czpM pic.twitter.com/jcGbpZvkhF

“The 2019 American Society of Newspaper Editors Diversity Survey showed that leadership of the 213-person Philadelphia Inquirer is 79 percent white. Fifty-seven staffers are people of color,” according to Nieman Lab.

For Black journalists, covering the ongoing protests has been particularly challenging. Take the recent case of CNN’s Omar Jimenez. The well-known Black TV anchor was arrested on a live telecast while covering the protests in Minneapolis. The police did not pick his white peers who were reporting nearby, a move that revealed the inherent bias they have towards people of colour.

Black journalists, such as Justin Phillips of the San Francisco Chronicle, have written about how they are treated suspiciously by the police while they have been covering Floyd’s killing and its consequences.

“Maybe with more black reporters, there could be some much-needed action taken against calling a group of Black Lives Matter protesters 'rioters,' or the overuse of “looters”,” he wrote.

The president of the National Association of Black Journalists, Dorothy Tucker, has called for making the newsrooms more diverse.

“It is situations like this that should remind news companies and organizations of how vital it is to ensure their newsrooms are diverse and that black news professionals have leadership roles,” Tucker said. 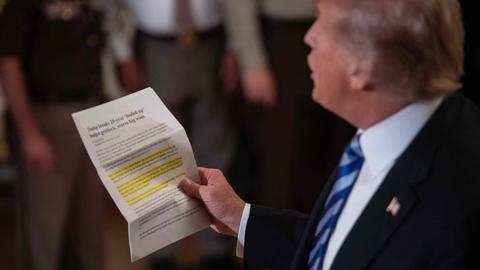