1
Indian journalists face the wrath of violent mobs in ongoing Delhi riots
2
Where does Pakistan stand in the Afghanistan deal?
3
Italy coronavirus disease breakout: What you need to know
4
Miss Amazing | Storyteller
5
In a bid to counter Russia, Libya seeks US military base

As Argentina’s economy spirals, locals are turning to acts of solidarity to help those worse off in Buenos Aires.

“We are receiving a fragile country, wounded and on its knees,” said Alberto Fernandez last month during his inaugural speech which spoke heavily of reducing hunger and poverty.

In 2020 the Fernandez administration faces the daunting challenge to improve Argentina’s failing economy, where inflation is around 55 percent and close to 40 percent of the population are living in poverty.

Previous President Macri promised to deliver on his ‘zero-poverty’ pledge but according to the INDEC national statistics bureau, poverty levels rose to their worst since 2001.

“We say that we are the country that produces food for 400 million people, and we cannot feed 15 million people who are in a situation of poverty,” said Fernandez prior to assuming office.

According to local reports there are over 7,250 homeless people in the capital Buenos Aires, a 23.5 percent increase since last year.

For one 18 year old Argentine student, the plight of many of his compatriots living rough on the streets has shocked him into action.

“Before my school winter break between July and August, during a cold spell in Buenos Aires I saw on television that someone on the street had died due to the cold,” Tadeo Donegana told TRT World.

After he discovered there was no technology in place to help rough sleepers in Argentina, Tadeo reflected on how he could improve their situation.

“From a very young age, I was very passionate and curious about science which helped me to develop various projects as a hobby,” he said.

Tadeo started programming at 13 years old, after finding out his favourite video game was developed with Java and he began to learn more.

“I began to look at tutorials on YouTube and articles to help me to learn and that’s how I started out. I had a small laptop and I began with achieving small and basic things over time.”

Following the news, Tadeo locked himself away in his room to build the necessary software.

“I did a lot of programming until around 6 am in the morning - every day, at night and continued during the daytime. After this, I had the application ready for launch,” said Tadeo.

The result was Ayumapp which founder, Tadeo describes as an “interactive worldwide map”.

According to Tadeo there are around 10,000 downloads and close to 3,000 active users, with 550 cases of homeless documented.

He says there have been downloads in Europe, notably in France, Spain and Portugal.

In Latin America, Tadeo says one Chilean NGO has been using his android application on the streets of the capital, Santiago.

Since launching Ayumapp, Tadeo’s story has gone viral in Argentina.

“I made this without knowing that something like this would happen. To receive messages, sharing their experiences about how people are helping delights me a lot,” he said.

Tadeo says he still listens out for feedback to improve Ayumapp.

But despite Argentina’s spiralling economy, Tadeo says neither a governmental organisation nor an NGO has approached him to collaborate.

“It would be a brilliant initiative if an organisation approaches me, but so far it hasn’t happened”.

Across Buenos Aires, others are turning to acts of solidarity to help those worse off during the economic recession.

The association has two different venues offering a place to eat and play outside for children who are often from complex and challenging backgrounds.

One venue called ‘The Happiest Days’ takes place at the home of a local neighbour, feeding and hosting up to 150 children.

The association depends on donated food and volunteers.

The other venue called ‘La Dorrego’ offers access to arts and crafts, as well as performance workshops for children who may not otherwise have the opportunity, in a country where child poverty sits at 52.6 percent according to the World Bank.

In March the association will move into their own building in the same area.

“Social support is important, we believe in solidarity as a tool to transform reality,” Tatiana told TRT World.

“Most of the children’s families are unemployed, with addiction problems and gender violence. These spaces, besides being a place where kids can eat, are social support areas.”.

“I know the story of a 10-year-old girl who lives with her grandmother and uncles. Her mum and her partner have addiction problems. The girl's father was never around,” said Tatiana.

Those with work also face a difficult situation says Tatiana.

“Many of the people who live here have precarious jobs which pay them very little and they work many hours. It is impossible to be able to support a family or be able to take care of them.”

According to Tatiana, coming from some of these marginalised communities can be an issue.

Tatiana says more funding and better access to services are required for the children she works with.

“There are children with motor, physical or cognitive disabilities who need a lot of support. There are no quality public places where they can be attended to and for medical appointments they have to wait a long time. It is impossible to have adequate treatment which is sustained over time.”

She says these kind of issues require more help from the state.

“We need a present state with public policies that accompany socially vulnerable people, which generates a network of support and improves their quality of life,” said Tatiana.

She says the last four years were very hard, due to the cuts to public funding and with workers being laid off.

But Tatiana is optimistic following the new government’s ‘Plan Argentina contra el Hambre’(Argentine Plan Against Hunger), where a family can receive a basic food basket.

It remains to be seen how Argentina’s future will pan out in 2020, as the government seeks to address the country’s growing social needs whilst meeting its debt obligations.

Last week President Fernandez said a social pact with businesses and trade unions sent a “strong message” to creditors and the IMF that the economy should be allowed to grow before restructuring talks start concerning Argentina’s $100bn debt.

“Argentina must first grow and then meet its obligations,” Fernandez told Radio 10.

For Tatiana these proposed measures are important: “We have much faith that this new government will make the necessary decisions to carry the country forward. They are proposing to generate work to achieve an Argentina which is fair and equitable and to stop the tariff increases.” 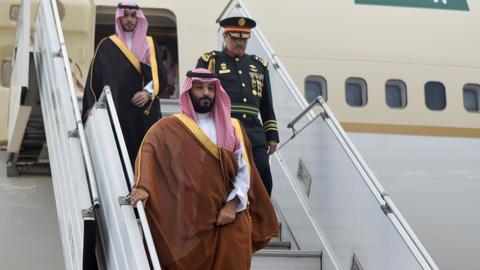 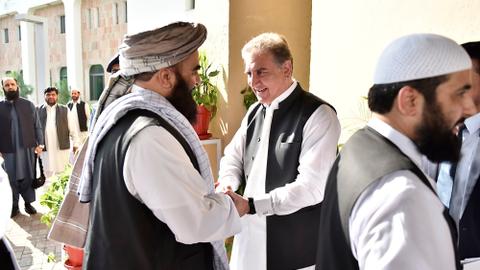 Where does Pakistan stand in the Afghanistan deal?

Italy coronavirus disease breakout: What you need to know 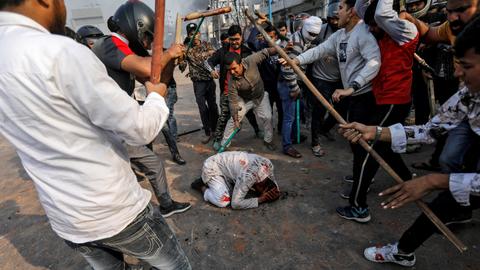 1
Indian journalists face the wrath of violent mobs in ongoing Delhi riots
2
Where does Pakistan stand in the Afghanistan deal?
3
Italy coronavirus disease breakout: What you need to know
4
Miss Amazing | Storyteller
5
In a bid to counter Russia, Libya seeks US military base