Major international banks are in hot waters again. Confidential documents leaked to journalists show that some of the biggest international banks continued to do business with corrupt businessmen, drug traffickers and terrorist entities despite knowing their clients were up to no good.

Names of five financial giants including HSBC, Standard Chartered, Deutsche Bank, JPMorgan Chase and the Bank of New York Mellon have surfaced in thousands of documents leaked to BuzzFeed News and shared with an international group of investigative reporters.

The leaked files come from the Financial Crimes Enforcement Network (FinCEN) which is part of the US Treasury. It is primarily responsible for receiving what are known as Suspicious Activity Reports (SARs) from banks.

Criminals, including suspected terrorists, transferred more than $2 trillion via these banks between 1999 and 2017, raising concern about the loopholes in the system that is meant to stop money laundering, according to reports.

Most of the information in the documents comes from the banks themselves.

Banks dealing in US dollars have to abide by Washington’s guidelines on money laundering. This means keeping accounts of Iranian and North Korean nationals can often land them in trouble.

Banks generally just flag a suspicious transaction and it is up to the authorities to declare whether an account should be blocked. But that does not give banks a clean pass, especially as some of them, such as HSBC, have paid billions of dollars in penalties for assisting criminals - like drug traffickers - in the past.

According to leaked documents, HSBC processed $80 million of proceeds in 2013 and 2014 that belonged to a criminal mastermind despite knowing he might be running a Ponzi scheme.

The  bank was aware of the scam called WCM777, which was run by Chinese national Ming Xu. He had moved around as an evangelical preacher in the US and raised money on the side for an investment scheme promising 100 percent return in one hundred days.

HSBC’s own anti-money laundering staff flagged a $6 million transaction in 2013 saying that it made no business or economic sense. More SARs were filed later. By the time WCM777 accounts were seized on the insistence of US financial regulators, they were empty.

In another case, Germany’s Deutsche Bank was found to be involved in the Russian mirror trade scandal, which ran between 2012 and 2015. The scam allowed criminals to turn their ill-gotten money into clean cash.

The accounts were managed via Deutsche’s Russian office, which was receiving big commissions from the entities for moving their money. The scale of the network was vast: from Hezbollah, the Taliban to Mexican drug cartels and American cyber criminals - everyone made use of the network.

Similarly, North Korea-linked businesses used Bank of New York Mellon to move millions of dollars. The bank knew something was wrong as the transactions involved obscure shell companies in risky jurisdictions like Cambodia, but all the while did not stop the movement of the money.

Earlier this month, as FinCEN got wind that news outlets were releasing its files, it warned against it, saying the leak can impact US national security and compromise law enforcement investigations. It later said that it was looking to upgrade the anti-money laundering regime in collaboration with the industry.

The leaks being reported deal with transactions from previous years and in some cases, banks and regulators have already taken action against the culprits. In its response, HSBC said authorities were satisfied with its efforts to tackle money laundering.

Nevertheless, the revelations will add to the debate about how to detect and stop suspicious transactions effectively.

Large banks such as HSBC file tens of thousands of SARs every year. Struck with multiple penalties for violating the anti-money laundering laws, the banks have spent a lot of money to hire AML officers and strengthen compliance departments.

That has added to the costs, making some bankers complain that regulators are passing on too much policing work to them. 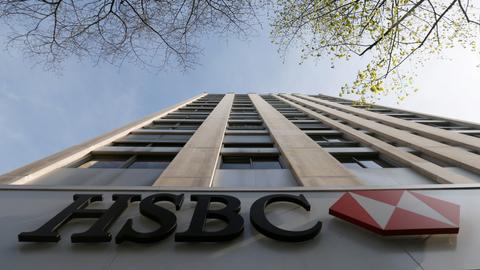