Brazilians feel ambiguity and fear before the upcoming elections. The Trump-like front-runner Jair Bolsonaro promises to change the country’s leftist policies with a political agenda critics describe as 'far-right'.

Waves of fear hit Brazil, South America’s largest country, before Sunday’s presidential elections where Jair Bolsonaro, a far-right candidate, has a commanding lead in the polls against Fernando Haddad, a leftist candidate.

At least four people have been killed in more than 120 attacks—most of the attacks are being blamed on Bolsonaro's supporters—across Brazil since the first round of presidential elections on October 7.

“It’s very tense,” said Debora Thome, an academic at Brazil’s Universidade Federal Fluminense (UFF) and the writer of the book Women and Power.

During the elections cycle, Bolsonaro, a former military captain of Italian descent, has consistently spoken against women, gays, blacks and other minority groups.

He also bluntly declared his support for the years of the military dictatorship which had ruled the country from 1964 to 1985.

He has described hardcore supporters of the leftist Workers Party (PT), whose presidential candidate, Haddad, will face him on the second round, as “red criminals” who might be forced to leave from the country.

The far-right candidate does not show any possible signs that he will moderate his stance after the elections.

“It will be a clean-up the likes of which has never been seen in Brazilian history,” he threatened last week in a video address.

“Over the last few days, I have not felt safe to leave my house. I have looked all around, constantly analysing what people are doing around me,” Sarah Cabral, a Brazilian university student in the country’s Santa Catarina state, told TRT World.

The Brazilian elections—which many experts assess as the most consequential election since the end of the country’s military dictatorship in 1985—have torn “families apart,” Thome said.

“We have very very high scores of homicide [in the world]” Thome told TRT World in her previous interview before the first round on Oct. 7.

Bolsonaro, who wants to focus on himself rather than party affiliation, is running as an anti-PT candidate, particularly emphasising the economic failures of the PT and rallying support from various party bases.

In Brazil, the economic policies of the PT, which led the country between 2002 and 2016, is hugely unpopular. Some of the party’s top officials including the country’s popular former president, Lula da Silva, faced corruption charges and were imprisoned.

Dilma Rousseff, Silva’s successor, was also blamed with the deepest recession Brazil’s ever faced in the last hundred years, sinking South America’s largest economy into an economic black hole between 2014 and 2016.

Experts point out that the country’s GDP is almost the same as the GDP was ten years ago, setting Brazil back by a decade.

Beyond Brazil’s economic troubles, Bolsonaro benefits from waves of populism across the world from the US to Europe and as far India and the Philippines. He is an avowed “admirer” of the US President Donald Trump.

Sunday’s elections will also be a testing ground for Brazilian voters. It is a choice between the far-right and the old Latin American leftism the PT offers - a war over two opposing political philosophies.

While Haddad pledges to “make Brazil happy again,” Bolsonaro has been promising to "make Brazil great again", a Trump slogan which won the heart of many Americans in the 2016 US presidential campaign.

As a recent Whatsapp controversy showed, Bolsonaro is determined to win at all costs to make Brazil great again. Weeks before the crucial election his supporters from the business world were using social media illegally by sending thousands of fake news messages about the PT candidate Haddad, using Whatsapp.

“He has already asked some [people] to come to work with him,” in his hypothetical post-election cabinet, said Thome.

“Some of them are from the military. It’s not a good sign of democratic governance.”

There is a right-wing perception in Brazil that schools are teaching communism and socialism, said Thome. “He is also promising to change” that kind of teaching and particularly “feminist teaching,” she added.

The church issue, which is one of the decisive factors in Brazilian elections, might also favour Bolsonaro, who was able to secure most of the Evangelical support in the country. Thirty percent of Brazil is Evangelical.

Behind the scenes, Israelis might also bid for a Bolsonaro, since various arms of the Israeli state and the Jewish lobby have long collaborated with evangelical groups in the country.

“He is a pro-Zionist man. He has visited Israel many times,” Thome said, in an earlier interview with TRT World.

Bolsonaro is a Catholic in a country with the largest Catholic population in the world. Haddad, Bolsonaro’s key opponent, is of Lebanese origin and believes in Orthodox Christianity.

Despite not making a clear choice about the upcoming elections, the Catholic church has previously said that they will not support a non-democratic candidate, Thome reminds us.

“Until now the polls are saying he will be reelected,” Thome said as some polls suggest an 18 percent difference between him and Haddad.

But there is still some hope for a Haddad win.

“Some of Bolsonaro supporters are now changing their votes. For example, in Sao Paulo [a crucial city], he is losing,” said Thome.

Haddad was previously the mayor of Sao Paulo.

“But we really don’t know,” she said pointing out both the ambiguity and fear she feels about the outcome of the elections. 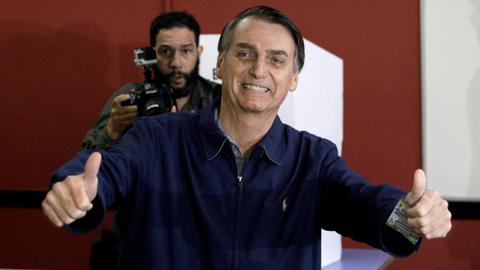 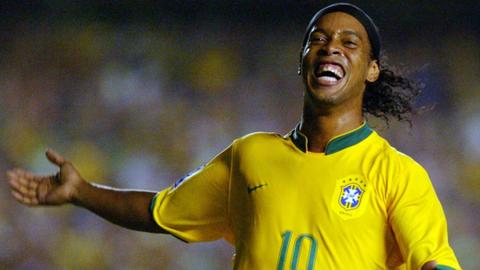