All eyes are on Florida’s new governor, Ron DeSantis, who media and experts predict could rival Donald Trump for the Republican presidential nomination in 2024.

Ronald Dion DeSantis’s re-election as governor of US state of Florida has grabbed headlines across the country as local media dubs him “DeFUTURE” and “the new leader of the Republican Party.”

Securing almost 60 percent of the vote against Democratic rival Charlie Crist in the US midterm election on Tuesday, DeSantis is being lauded as a rising star and a possible contender for the US presidential elections in 2024.

The 44-year-old’s win in the swing state was described as a “new era” by Fox News –  the only major network to air DeSantis’ victory speech in full. During the speech, the crowd chanted “two more years,” in what some speculate may encourage him to run for president.

He was also praised as the “single biggest winner of the night” by former House Speaker Newt Gingrich on media mogul Rupert Murdoch’s “Fox & Friends.”

DeSantis will “almost certainly become the rallying point for everybody in the Republican Party who wants to move beyond President Trump,” Gingrich says.

Local media was also quick to point out that Donald Trump took Florida in 2020 with 3.3 percentage points over Joe Biden while DeSantis routed Crist by 19.4 percentage points. In fact, every Republican running for statewide office on Tuesday won by at least 16 points.

DeSantis' newfound attention seems to have hit a nerve on Donald Trump who has been hinting at running for reelection in 2024 - news that is predicted to be officially announced on November 15.

Despite first backing him, the former president called DeSantis "Ron DeSanctimonious" and credited himself to helping the politician win when he had been "in desperate shape."

"He was politically dead…had low approval, bad polls, and no money, but he said that if I would endorse him, he could win,” Trump wrote on social media and also praised himself for fixing DeSantis’ campaign “which had completely fallen apart.”

The 76-year-old Trump said when he endorsed DeSantis “it was as though… a nuclear weapon went off," referring to Florida’s new governors as an “average politician.”

Trump even threatened to reveal unflattering information about DeSantis if he does attempt to run for Republican nominee in 2024.

“If he did run, I will tell you things about him that won’t be very flattering. I know more about him than anybody other than perhaps his wife, who is really running his campaign,” Trump told The Wall Street Journal on Tuesday.

DeSantis was born in Jacksonville and spent a majority of his childhood in Dunedin before graduating from Yale University and Harvard Law School.

He also has military background after joining the US Navy in 2004 where he was promoted to lieutenant and also served as a legal advisor to SEAL Team One.

After a deployment to Iraq in 2007, he returned to the US to serve as a Special Assistant US Attorney at the US Attorney's Office in the Middle District of Florida.

He was first elected to Congress in 2012 after defeating Heather Beaven and briefly ran for US Senate in 2016 before withdrawing when incumbent senator Marco Rubio sought reelection.

In 2018, the close results of his first victory as Florida’s governor triggered a recount before it was declared he won with a 0.4 percent margin of victory over Tallahassee mayor Andrew Gillum.

Prior to his reelection in 2022, DeSantis served as the 46th governor of Florida since January 2019 and represented Florida's 6th district in the US House of Representatives from 2013 to 2018.

During the Covid-19 pandemic, he opposed imposing restrictions such as mask mandates and even prohibited institutions from requiring proof of vaccination. More than 82,000 people in Florida have died of coronavirus since the beginning of the pandemic.

Now as governor, DeSantis has expressed interest in rewriting libel laws for the news media and opposing “woke ideology” in schools, universities and businesses 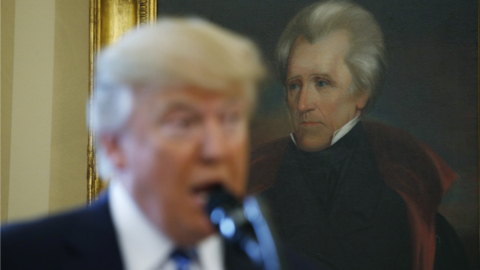