Can John Maynard Keynes once again save the world?

Governments are spending like never before and many observers are weighing up whether it's the time for Keynesianism to rise from the dead.

As governments around the world struggle to fight the economic fallout from the novel coronavirus, there’s an increasing  interest in the life and works of the 20th-century economist John Maynard Keynes.

For many observers, the stimulus packages of trillions of dollars, the paychecks Americans are getting, and the salaries that Germany is paying on behalf of private companies, are all indicative of a return to Keynesianism.

In 1919, after the end of World War I, Keynes, then a Cambridge don of 36 years old, wrote his highly influential book, The Economic Consequences of the Peace, arguing that the allied powers should not extract too many war reparations from Germany, which had lost the war.

But more importantly, Keynes has been associated with government spending to spur consumption.

“The old economics was still taught by day. But in the evening, and almost every evening from 1936 on, almost everyone discussed Keynes,” John Kenneth Galbraith wrote in his praise.

The Keynesian school of thought favours deficit spending, meaning governments should finance construction of schools, roads, bridges, broadband networks, and hospitals in times of a downturn like the present crisis and not worry about a gaping hole in their budgets.

Such an expenditure, which involves printing money, can help revive industries and create jobs. An increase in money supply can lead to inflation in the future but that’s the least of the worries of many policymakers right now.

The International Monetary Fund (IMF), the global financial institution that Keynes helped conceive, says the global economy will contract by at least 3 percent as factories and markets remain shut and people lose jobs.

In the United States, the world’s biggest economy, more than 26 million people have come to rely on unemployment benefits. The IMF says the resulting economic depression, which is a prolonged slump in output, could be something not seen since the Great Depression of the 1930s.

The Great Depression was an outcome of many factors. Cheap money after World War I flooded the US stock market, currencies were pegged rigidly to gold so governments didn’t have the leverage to pump in money when needed, and war reparations had put a stranglehold on industrialised countries.

The crisis at hand right now as a result of forced shutdowns could unfold similarly. In a matter of weeks, more than 26 million Americans, or more than 13 percent of the workforce, have filed for unemployment claims. It took three years for unemployment to reach 25 percent in the 1930s.

“This is a crisis like no other, and there is substantial uncertainty about its impact on people’s lives and livelihoods,” said Gita Gopinath, the IMF’s chief economist.

And so, the governments have opened the money tab, flooding the financial markets with liquidity.

Belgium is giving more than $1,300 to a self-employed person who hasn’t been able to work for seven days. Germany has earmarked $108 billion to buy stakes in corporations in distress and in the US, $1,200 are being deposited in the bank accounts of millions of people. These measures would have been unheard of just a few months back.

It has in ways turned the austerity doctrine, so often preached by the IMF, upside down.

That’s where experts see a role for progressive taxation, which says the richer people should be made to pay more.

“There is a great deal the government could do with the cash. The current crisis makes abundantly clear that the US health-care system is a disaster.”

However, the opponents of Keynesianism are questioning  how stimulus spending can help at a time when children can’t go to schools, and people are not eating at restaurants and tourists are not booking flights. 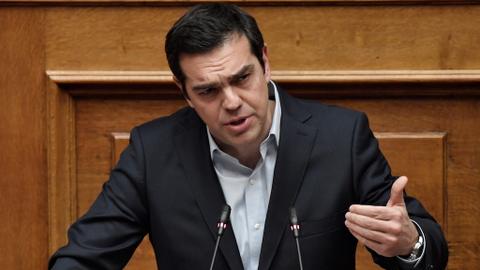