Deportivo Palestino: The Chilean football club that stands with Palestine

How a club founded a century ago to represent a people more than 13,000 kilometres away became an enduring symbol of collective Palestinian identity.

The distressing scenes of indiscriminate Israeli violence in Sheikh Jarrah against unarmed Palestinian civilians has seen an outpouring of solidarity from all corners of the globe.

One such poignant moment was captured in the world of sport over the past weekend, when players from the Primera Division de Chile (Chilean Premier League) expressed their solidarity by wearing the Palestinian keffiyeh before their fixture against Colo-Colo in Santiago on Saturday.

What many might not know is those donning keffiyehs play for the first division Club Deportivo Palestino – a club originally created to represent a people more than 13,000 kilometres away, and today remains an enduring symbol of collective Palestinian identity.

“Palestine is an important part of our identity as a team,” said the club’s president Jorge Uauy. “Palestinian symbols, such as the keffiyeh, show the connection we have to our motherland. We need to stand together against adversity.”

Uauy emphasised that the idea to wear the keffiyeh originated from the players themselves. “This shows the world that our players understand what playing for Palestine means; that we are more than a football club. That makes me very proud.”

Popularly known as Palestine’s “second national team” – its uniforms are steeped in the Palestinian tricolours red, green and white – Palestino was officially established in 1920 by Palestinian immigrants in the southern city of Osorno.

How did that come about?

It might come as a surprise but Chile is believed to be home to the largest Palestinian community outside the Middle East, numbering between 450,000 and half a million.

The earliest group of migrants arrived in 1885 fleeing the Crimean War. The next batch arrived during World War I, and another wave followed the 1948 Palestine war and creation of Israel.

It was a gruelling trip: those who arrived in Argentina would then have to use mule-powered transport to cross the Andes. The other alternative was to traverse the Strait of Magellan, across the Atlantic to the Pacific.

More than three-quarters of Palestinian immigrants moved to Chile between 1900 and 1930. They were mainly from four villages: Belen, Beit Jala, Beit Sahour and Beit Safafa, primarily small-scale farmers and artisans.

95 percent of the community are Christian, which helped with an otherwise difficult integration period into their new Andean surroundings. A very conservative society at the time, Palestinians were treated as second-class immigrants compared to their European counterparts.

Societal hostility also led many to marry outside the community. But before long, they became a relatively prosperous minority, especially involved in the country’s textile and fabric industries.

With much of their Arab identity absorbed into Chilean culture, football was seen as one way to both integrate and preserve their heritage. Palestino became the community’s greatest source of pride, allowing them to maintain a sense of belonging.

After all, these “Chilestinians” were a living testament to a collective Palestinian identity that existed long before Israel was carved through Palestinian land in 1948.

While established in 1920, the club only began to compete in the Chilean premier league from the 1950s, after investment by wealthy Palestinians allowed for the hiring of non-Palestinian players and professionalisation of the team.

Palestino’s home stadium, La Cisterna, is adorned with Palestinian flags and is one of Santiago’s largest communal hubs.

Some Chilean-Palestinian footballers like Roberto Bishara and Alexis Norambuena have played for the Palestinian national team, while others like Luis Antonio Jimenez succeeded in making the Chilean national team.

Most recently the club ignited controversy when its uniforms depicted Israel as Palestine, during Israel’s offensive against Gaza in 2014. For three games, players wore a jersey that replaced the number 1 with an elongated map of pre-1948 Palestine.

However, Chile’s small but powerful 18,000-strong Jewish community attacked it as being “anti-Israel” and protested the politicisation of football in the country. The Football Federation of Chile subsequently banned the jerseys and fined the club $15,000.

But that didn’t stop them from being sold on the market – particularly number 11 uniforms.

The club celebrated its centenary last year with a shirt that had the slogan “More than a team, it is an entire people” written across it.

It is this sense of transnational solidarity and spirit of unity which defines the club, something that Palestinian journalist Ramzy Baroud puts into perspective.

“Not a day goes by without me checking my sports app to follow the progress of Deportivo Palestino,” he writes.

“I know that many Palestinians in other parts of the world do the same because, despite the distance and language and time differences, we will ultimately always remain one people.” 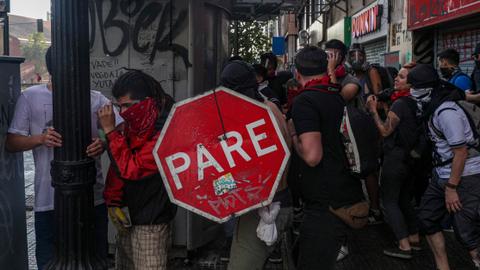 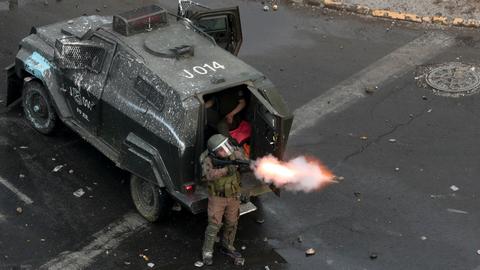