Drop a nuke on Azerbaijan, argues an Armenian newspaper in the US

The author of the piece, Stepan Altounian, has urged the Armenian government to use any nuclear weapon available to turn the Azerbaijani capital into a "wasteland for the next 5,000 years."

Promoting warmongers, a US based Armenian newspaper published an op-ed urging the Armenian government to use nuclear weapons against the Azerbaijani people and inquiring why Yereven was not already taking such steps to punish its rivals.

The author of the incendiary article, Stepan Altounian, expressed his frustrations over the Armenian government's inability to produce "dirty bombs" and use them in the Nagorno-Karabakh conflict.

"Why not take the nuclear waste from Metzamor and manufacture dirty bombs?” he wrote.

Like many Armenians, Altounian is unable to reconcile with the military gains recently made by the Azerbaijani forces in the disputed Nagorno-Karabakh region, which, according to the United Nations, was illegally occupied by Armenia.

In his op-ed, he wrote: "I, as probably all Armenians, was devastated but not necessarily surprised over the news that Armenia lost to the Azeris," while referring to his country’s decision to withdraw from much of the Nagorno-Karabakh region on November 10.

An article published by Stepan Altounian on Armenian website Asbarez calls on Armenian government to use any nuclear weapon available to turn #Azerbaijan's Baku into a "wasteland for the next 5,000 years."

"Where was the nuclear option?" he wrote in an article. pic.twitter.com/OMpEpFdIS6

Nagorno-Karabakh is an Azerbaijani territory which has been under the occupation of ethnic Armenian forces backed by Armenia, a region that was recognised as part of Azerbaijan in the 1990s.

Fresh clashes over the dispute erupted on September 27, and continued until a Russia-brokered ceasefire was signed on November 10. The Armenian army launched attacks on civilians and Azerbaijani forces, as well as violating three humanitarian ceasefire agreements during the 6 week conflict.

Thanks to its increased military capacity in recent years, Azerbaijan liberated several cities and almost 300 settlements from Armenian occupation during this process.

The truce between Armenia and Azerbaijan, that is being monitored by both Russia and Turkey, is seen as a victory for Azerbaijan. Under the deal, Armenians are handing over swathes of territory they occupied for decades.

The protests erupted in Armenia as they accused Prime Minister Nikol Pashinyan with ‘accepting defeat’. Armenian foreign and defence ministers have already stepped down.

In his controversial opinion piece published by the Armenian media group Asbarez, Altounian asked, "Where was the nuclear option?" at a time when governments and the UN are urging nuclear disarmament.

"Why not take the nuclear waste from Metsamor and manufacture dirty bombs?”

"Please do not tell me about weapons of mass destruction when the Turks and Azeri used them against civilians without any repercussion from anyone,” he baselessly claimed.

"Two can play that game and we should. It will definitely make them think twice if we could turn Baku into a radioactive wasteland for the next 5,000 years.''

STEPAN ALTOUNIAN aka Stepanyan Danielyan aka the CEO of Aralo Enterprises in California likes to:

Charges that Turkey and Azerbaijan used banned weapons against Armenia have never been reported by UN agencies or independent media outlets.

"Los Angeles-based Armenian Dashnak newspaper Asbarez publishes an article suggesting Armenian attacks on Baku, Azerbaijan turning it into a ‘radioactive wasteland for the next 5,000 years.’ We call on FBI & LAPD to investigate it," the consulate said in a statement.

''Unfortunately, it’s not the first time we witness such terrorist threats against Azerbaijan. It’s a result of a sick mindset, shaped by deep-rooted anti-Azerbaijani hatred, “Azerbaijanophobia”, promoting violence and destruction. I hope the American law enforcement agencies will continue to be vigilant against such threats and conduct a proper investigation into this outrageous promotion of violence by US-based groups,” he said. 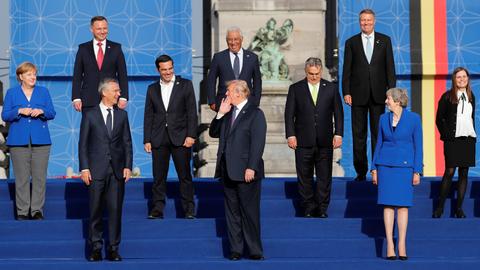