The move by Sisi regime has been seen as an attempt to handle the international public relations backlash, but at home the government has done little to address allegations of abuses.

Egypt’s Sisi regime appears to be attempting to manage the backlash from the clampdown against Mada Masr by deploying the foreign ministry and not the country’s interior ministry to explain what happened to the media outlet.

The raid was apparently motivated by Mada Masr’s recent publication of an article on the alleged wrongdoings of President Abdel Fattah el Sisi’s eldest son, Mahmoud al Sisi, who has been a leading figure in Egypt’s powerful General Intelligence Service (GIS).

The state’s decision to utilise the foreign ministry to explain what happened to Mada Masr appeared to be an attempt to placate international reactions. No concern has been directed towards addressing what ordinary Egyptians think about the incident.

"[Mada Masr's] office was operating without the necessary authorisation," said Ahmed Hafez, Egypt's foreign ministry spokesperson, trying to assure the world that "there were no detainees and the procedures did not go beyond inspection, interrogation and investigation".

The foreign ministry’s statement came after diplomatic condemnation by countries like the US and Germany, which Sisi has long courted.

"We call on the Egyptian government to respect freedom of the press and release journalists detained during a raid last weekend," US Secretary of State Mike Pompeo said.

The German foreign ministry also condemned the raid on Monday.

Others also joined the chorus of anger.

Both the raid on Mada Masr and the media outlet’s article on Sisi’s son, which had been based on sources inside the country’s intelligence community, appear to have heightened the regime’s fears that it is losing support from both the Egyptian people and international backers.

Since Sisi claimed power in 2013 by a military coup, overthrowing the country’s first-democratically elected President Mohammed Morsi, most of the media outlets have been either directly run by the state itself or led by people who are submissive to the regime.

“The difference between the dynamism of Mada Masr and the atrophy of state-owned media is freedom and creativity. But a regime mired in a Soviet-style worldview is incapable of seeing that,” the former Egyptian diplomat said.

“The regime’s obsession with obedience, hierarchy and discipline prevents it from seeing — let alone seizing — the potential of Egyptian society, especially the youth. It stifles innovation and growth not only in media but also in politics, business, arts and culture,” Fishere added.

The Egyptian foreign ministry spokesman claimed: "No restrictions are imposed on freedom of opinion and expression in Egypt unless it involves direct incitement against the state's institutions or infringement of the constitution and the law." However, that means almost nothing for both many Egyptians and outside observers.

They include Dr Maha Azzam, the head of the Egyptian Revolutionary Council.

"The statement by the Foreign Ministry's spokesperson's claiming that, ‘there are no restrictions on freedom of opinion and expression in Egypt’ flagrantly contradicts the facts that Reporters Without Borders in its 2019 World Press Freedom Index has ranked Egypt 163 out of 180 countries,” Azzam told TRT World.

“If the recent actions towards Mada Masr are anything to go by it is clear that the Egyptian regime is greatly threatened by any independent voices and news outlets and that it will continue to clamp down severely on freedom of expression whatever it projects to the outside world," she added. 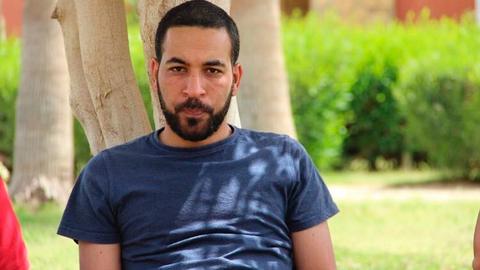 Is Greece asking Libya's Haftar to do its bidding at the Berlin summit?