Both social media companies have reportedly bowed down to pressure from the Vietnamese government, which has been led by a communist regime for decades, the report starkly found.

Facebook and Youtube owner Google’s complicity with several governments in curbing voices of criticism and reason to amass profits is not a new thing.

From time to time, India has restricted usage of internet services, mobile phone coverage and other communication means all in order to prevent Kashmiri voices from being heard at a global level. At the time of Wani’s killing, many Kashmiris accused Facebook of turning to become a perfect enabler of the Indian state’s suppression of Kashmiris.

“When I came into work yesterday, I saw that Facebook had removed a video we had posted. The video showed Syed Ali Shah Ghelani, a separatist leader, condemning the death of Burhan Wani. We have never had anything else removed from our Facebook page,” said Mubashir Bukhari, a journalist writing Kashmir Monitor.

In 2018, Facebook earned nearly $1 billion only from Vietnam, which is almost equal to one third of all revenue it garnered across Southeast Asia. In the same period, Google earned $475 million in Vietnam, mostly via Youtube advertising.

“Facebook is by far the most popular and profitable platform in Viet Nam,” said Ming Yu Hah.

For Facebook and Google policymakers, India, the world’s second biggest population, is profitable ground. Its human rights violations across Kashmir and other places could be tolerated in exchange for lucrative profits.

Back in 2016, when Wani was killed, Huma Dar, a Kashmiri academic, living very close to Facebook’s Californian headquarters, found out that her profile was suddenly removed from the social media platform by the company after sharing images of the Kashmiri fighter’s funeral attended by thousands.

“The day that Burhan was killed, I got messages from friends in India saying some of their photos had been deleted. I thought it had something to do with the Indian government. I live a mile and a half away from Facebook’s headquarters in America; I never thought it would happen to me,” Dar reflected.

One of the common tactics of Facebook and Youtube content suppression is “geo-blocking”, meaning that social media companies are making some of their users’ shared material unavailable in places like India and Vietnam, while the same content could be visible for users from other countries.

But users, whose content is restricted by social media companies, usually have no real means to object and appeal to those restrictions, according to the Amnesty report.

By suppressing dissent in the service of repressive regimes existing in countries like India and Vietnam, Facebook and Google have elicited praise from some unexpected figures.

In October, Nguyen Manh Hung, Vietnam’s information minister said that Facebook and Google’s high-rate compliance with demands of communist regime authorities to remove “bad information, propaganda against the Party and the State” was impressive. Vietnam has one of the worst human rights records across the world, ranking 175 out of 180 countries, according to World Press Freedom Index.

“I have lost faith in Facebook, so I don’t post much anymore,” said Nguyen Van Trang, a Vietnamese pro-democracy activist, who is now seeking asylum in neighbouring Thailand.

“Imagine if you spent years and years growing your Facebook account, posting and writing about your passions for democracy, but then in one easy act, Facebook just erases all the work you have done over the years,” added the pro-democracy activist.

But in an increasing trend, Facebook and Google have appeared to empower not individual citizens but some government-affiliated opaque accounts, which have appeared to act like “state-sponsored cyber-troops” according to the Amnesty report.

Among others, Vietnam’s government-sanctioned “Force 47”, a virtual troll army of 10,000 people, who are supporters of the communist regime, is very active in the platforms of both Facebook and Youtube to “fight against wrong views and distorted information on the internet”, which is literally a fight against dissenters.

“These state-sponsored groups subject human rights defenders and individuals who express critical views online to death threats and vicious psychological abuse, leaving some activists in fear for their lives,” the report said.

“They further undertake coordinated reporting campaigns that often trigger restrictions on the content and suspensions of the accounts of their targets. In this report, Amnesty International has documented and analyzed dozens of reports from activists across Viet Nam about their experiences of being targeted by cyber-troops and public opinion shapers in the last two years,” the report found.

Despite empowering government trolls and banning content in the service of repressive regimes, the same companies have also removed content usually related to pro-Trump stances in America in the name of defending democracy and freedom in a great contradiction.

In controversial moves, both Facebook and Twitter limited or blocked posts related to the events surrounding President-elect Joe Biden’s son, Hunter Biden, who allegedly tried to influence his father when he was vice-president in order to gain favour for his business deals in different countries like Ukraine and China. 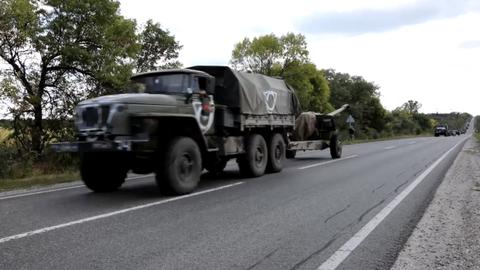