Has the Arab League gone soft for anti-Turkey terror groups?

The Arab League has shown uneasiness with many of Turkey's recent foreign policy moves, and its latest criticism of Ankara's anti-terror operation in northern Iraq once again reveals the changing priorities of the oil-rich block.

“The strikes represent an attack on Iraqi sovereignty,” the Arab League Chief, Ahmed Aboul Gheit, said in an official statement.

Turkey was quick to hit back.  “We reject the statements by the Arab League's Secretary-General, targeting the Operation Claw-Eagle carried out against the PKK terror group during the night of 14th June,” said Hami Aksoy, the spokesman of the Turkish foreign ministry.

“The Secretary General should have rather criticized the terrorist organization perpetrating heinous acts against our country for many years from its hideouts in Iraq,” Aksoy said.

Many Muslim-majority countries have grown disillusioned with the Arab League, dominated as it is by the autocratic regimes of Egypt and the Gulf. Over time, some have come to see it as a "toothless" force known for its 'inefficiency.'

From creating a united front against Israel in order to support the Palestinians, to being a mediating force between conflicting parties in the Middle East, the league over the years projected itself as an arbiter that would help develop meaningful resolutions to the region's conflicts. But for critics, those positions are nothing beyond tokenism.

When it comes to rhetoric, it has always succeeded in creating noise, especially when condemning the Israeli aggression against Palestinians or denouncing Myanmar for the genocide of Rohingyas.

The Arab League rhetoric has never changed anything in reality because its politics is deeply embedded with states like Israel, India, the US and almost every other power that has either invaded Muslim-majority countries or inflicted state-sanctioned violence upon Muslims.

The league's latest statement against Turkey is reflective of the same double standards it has displayed against several countries where its allies have carried out human rights abuse.

For Turkey, the Arab League should have either remained silent— a trait it has displayed on the atrocities of Indian state against Kashmiris — or sided with Ankara in its fight against the PKK, a terror group in the eyes of the US, EU and NATO as well.

The PKK has been responsible for the deaths of tens of thousands of people, including children and elders, since it launched its campaign against Ankara in 1984.

Several regional experts also lashed out at the Arab League for showing leniency towards the PKK and also taking the liberty of speaking on behalf of Iraq.

🇮🇶🇹🇷On @RTarabic on #Turkey's Op. Claw-Tiger (#OCT) in N. #Iraq vs #PKK:
◾️Iraq's gov. was informed in advance of the op.
◾️PKK is a threat 2 Turkey & Iraq
◾️Iraq is incapable of facing PKK
◾️#Ankara respects Iraq's sovereignty, defended it & prevented its partitioning in 2017 pic.twitter.com/sxlLbDRNBX

Riyadh's MoFA condemns Turkish and Iranian shelling of alleged PKK positions in Iraq. I am unaware of Baghdad asking for backing in the Arab League so that a member state would issue such a statement. Iraq can speak for itself at this point without unsolicited interventions. https://t.co/PvBgH9jNjX

Since the 1980s, Turkey has targeted PKK groups many times in northern Iraq with its cross-border operations, which have also been at times supported by Iraq’s Kurdish Regional Government (KRG).

In its most recent operation, that of ‘Claw-Eagle’, Turkey has been targeting neither Iraq, nor any Iraqi-affiliated group. In its sights, instead, it has the PKK, who threaten Iraqi sovereignty with its illegal presence in the northern part of the country, defending “the territorial integrity and sovereignty of Iraq” in the official words of the Turkish foreign ministry.

The Arab League statement could have more to do with the recently developing relations between the PKK and some Arab states like Egypt, the UAE and Saudi Arabia, countries that claim to fight with extremist groups, despite forging their own ties with groups like the PKK and its Syrian wing, YPG.

Egyptian connection with the PKK

According to the report, Cairo also granted the PYD - the political wing of the YPG - who are recognised as a terrorist group by Turkey, to open an office in the Egyptian capital.

Ankara demanded that Aboul Gheit, a former Egyptian foreign minister and a diplomat, pay more attention to what the PKK has done in the past across Turkish territories.

“The Secretary-General's turning a blind eye to the atrocities committed by the PKK terrorist organization, which threatens not only Turkey, but also the sovereignty of Iraq, a member of the Arab League, is disgraceful,” said the Turkish foreign ministry statement.

“We invite the Secretary-General, who has been ignoring the persistent ethnic cleansing policy of the PKK/YPG/PYD and their crimes against humanity, to adopt a principled and consistent discourse,” the statement added.

UAE-Saudi support to the YPG/PKK

The two rich Gulf countries, both strong allies of Egypt’s military-dominated regime led by the general-turned-President Abdel Fattah al Sisi, also support the YPG/PKK both militarily and financially, according to various reports.

On Wednesday, a new report by the London-based New Arab, indicated that the UAE continues to provide financial aid to the PKK, leading the KRG to impose more measures to prevent further transactions to bank accounts associated with the terror group.

This year, financial support from both the UAE and Saudi Arabia has also reportedly amounted to $150 million.

In 2019, Thamer al Sabhan, one of the top Saudi foreign ministry officials, also paid a visit to Syria’s Deir ez-Zor governorate alongside American officials, meeting YPG terrorists who are operating under the US-backed SDF.

Mazlum Kobane, the terrorist leader of the SDF, also paid a visit to the UAE in late November in order to receive even more funds from the Gulf state. 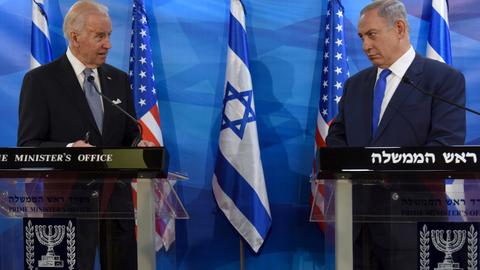 Is there a greater resistance building within Israel? 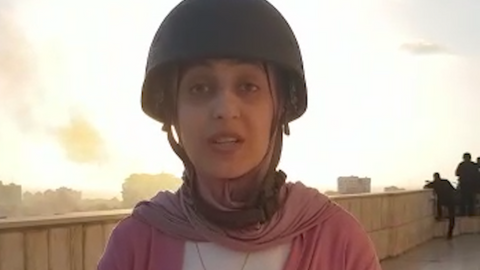