Siddiqui's conviction in 2010 embodied the injustices of the post-9/11 US judicial system, analysts say.

When the man who held hostages inside a Texas synagogue on Saturday demanded the release of Aafia Siddiqui, her lawyer said she would condemn the man's actions.

Siddiqui is serving an 86-year prison sentence after being convicted in 2010 for attempting to shoot US military officers while being detained in Afghanistan in 2008.

Siddiqui appeared on the FBI's list of most-wanted terrorists but was never convicted of terrorism.

The attack on the synagogue has since put Siddiqui in the centre of at least three high-profile hostage-taking incidents.

In 2012, reports indicate that a group of US national security officials received an offer from the Pakistani government that if Siddiqui were released, Islamabad would secure the release of Army Sgt. Bowe Bergdahl, missing since 2009.

READ MORE: Why have so many hostage-takers demanded the release of Aafia Siddiqui?

He was thought to be held in Pakistan by Taliban forces.

President Barack Obama's national security advisors rejected the offer as it violated their policy of negotiating with armed groups.

In 2013, the Daesh armed group also demanded the release of Siddiqui in exchange for 26-year-old American woman Kayla Mueller, who was kidnapped while doing humanitarian work in Syria in 2013.

Daesh proposed another swap of an American journalist James Foley for Siddiqui, a Pakistani neuroscientist who attended MIT and received a PhD from Brandeis University, in 2014.

Their proposal also included an end to US airstrikes in Iraq and an exorbitant ransom. Those demands were not fulfilled, after which Foley was killed.

The #hostage taker in #ColleyvilleSynagogue is not helping #AafiaSiddiqui at all by taking hostages. If anything he is undermining the global campaign to get Aafia released. Free the hostages & hand yourself over. No more innocents should be hurt.

Although US officials never considered swapping Siddiqui, she has been a bargaining chip for armed groups and extremists who have made her release a condition for freeing a number of American prisoners.

“Militants who use such causes don't care about the person who has been incarcerated. They're just using it as a lightning rod to attract certain attention by saying what we are doing is justified because this is what they have done in Aafia Siddiqui’s case,” Tallha Abdulrazaq, a researcher at the University of Exeter’s Strategy and Security Institute, told TRT World.

Siddiqui attracted the attention of US law enforcement after the 9/11 attacks. Top FBI officials and the Justice Department described her as an “Al Qaeda operative and facilitator” in 2004.

In 2008, she was arrested in Afghanistan. US officials said they found her carrying handwritten notes describing how to make dirty bombs and a list of various locations in the US that could be targeted.

While being interrogated, authorities say, she grabbed the M-4 rifle of a US Army officer and opened fire.

Marwa Elbially, Siddiqui's attorney, said she refuted the allegation and maintains that soldiers at the interrogation were surprised by her presence and yelled, "she's loose", and then shot her.

“If she was ‘Lady Al Qaeda’, as the Western media often likes to pejoratively present her, you would think that the charge sheets would include acts of terrorism. And yet that wasn't the case,” Abdulrazaq, the researcher, told TRT World.

Her conviction that embodied “the injustices of the post-9/11 US judicial system” was widely criticised.

“She has come to epitomise everything that was wrong with the War on Terror, the injustice, the lies and the heavily fuelled Islamophobic agenda,” Yvonne Ridley, a British journalist who uncovered the story of Siddiqui, told TRT World.

“Since 2003 I have investigated the disappearance and dramas around Dr Aafia Siddique and in that time I've personally come to know her family in Karachi and Texas and have spent many hours with them.”

Dr Aafia Siddiqui's lawyer, Marwa Elbially, gave an outstanding statement to the press regarding her client, Dr Aafia & her family. Thank you so much Attorney Marwa Elbially. #AafiaSiddiqui #IAmAafia pic.twitter.com/GTFXxXvLxy

As soon as Ridley was contacted by a journalist to say Muhammad, Siddiqui’s brother, was holding people hostage in a synagogue she said she was adamant it would not be him.

“Muhamad is an architect, a man of non-violence who would always opt for the art of verbal persuasion. Despite all the challenges and trials he and his family have faced, never once have I heard any one of them utter or promote violence,” Ridley told TRT World.

The hostage-taker who is identified as Malik Faisal Akram, 44, referred to Siddiqui as his "sister”.

He spoke repeatedly about Siddiqui during negotiations with law enforcement. Akram died at the scene, though it is not clear how.

“Her [Aafia Siddiqui] case is so compelling, I fear all sorts of groups and individuals will continue to use her name for their own selfish goals,” Ridley said.

“These include terrorists and members of various intelligence communities.” 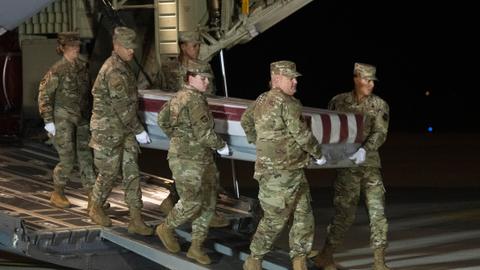 Saudi flight students grounded after deadly shooting at naval base 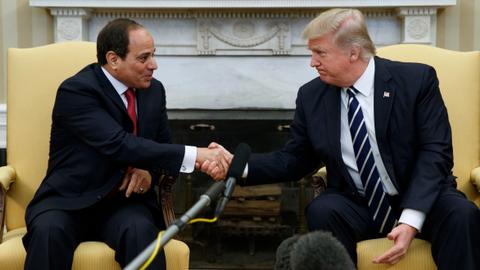