“Hi, I’m Disaster Bot. To report flooding near you, reply with #flood.”

The chatbot then links users to a site where they can locate the flood on a map, geotag photos and log a disaster report.

“As soon as they submit that data, it's immediately plotted on a map in real-time and accessible to everybody on the PetaBencana website,” said Nashin Mahtani, director of PetaBencana.

This is how PetaBencana (translated as disaster map) harnesses social media to produce crowdsourced maps of emerging disasters.

Mahtani told TRT World the site is designed to be mobile-centric and operate on the most basic phone with limited data connectivity to ensure people have access to information during any hazardous situation.

Indonesia, the world’s largest archipelagic state which sits along the Pacific Ring of Fire, is highly vulnerable to extreme climate events like floods and droughts, as well as long-term changes from rising sea levels.

Jakarta – home to 10 million people and 30 million in the greater metropolitan area – is sinking at a faster rate than any megacity in the world. 40 percent of the capital is already below sea level, and areas in northern Jakarta have sunk by up to 4 metres in the last two decades.

With 300 days of rain a year and thirteen rivers running through Jakarta, rampant urbanisation has seen the paving of aquifers beneath the city which leads to recurrent flooding, since water can neither be absorbed into the ground nor run out to sea.

A complex water system coupled with tropical weather conditions make it hard for government agencies to model floods, since there is a lack of sufficient information available to effectively target disaster interventions. Citizens meanwhile tend to be stranded without any sufficient knowledge of a developing emergency.

That’s where PetaBencana steps in.

The power of collective intelligence

Originating as a study conducted by a research group from Australia's University of Wollongong in 2013, the pilot was known as PetaJakarta. The platform was designed on CogniCity, an open-source software developed to produce visualisations at the megacity scale using social media information.

Mahtani joined in 2016 as an architect and part of a small team at its Jakarta field office. Following the success of PetaJakarta, the platform expanded into other Indonesian cities and in 2017 the PetaBencana foundation was established with Mahtani tabbed as director.

Indonesia enjoys one of the highest concentrations of Twitter users in the world, and the platform’s developers noticed Jakarta citizens regularly shared relevant information on social media to adapt to adverse effects of flooding on daily activities, like traffic disruption and school closures.

PetaBencana draws upon this trove of data, and combines incoming reports with official data from local and government authorities to build an online flood map. After 2019, the platform enhanced its mapping to include other types of natural disasters like earthquakes, forest fires, smog, and volcanic activity.

One of their partners is the National Disaster Management Agency (BNPB), which supported the project from its inception. Bambang Surya Putra, head of the BNPB’s Emergency Operations Center, said PetaBencana integrated with his office's operations in 2017.

“PetaBencana has helped the government monitor real-time disaster situations reported by residents that can be followed up with quick response by BNPB and other agencies,” Surya Putra told TRT World.

Putra described how data sent by residents to PetaBencana is connected to the BNPB system and complements the agency’s own information-gathering.

By making it easier to map various disaster events, Surya Putra believes the platform helps the government focus on prioritising its response to high severity areas. In doing so, limited resources are preserved by concentrating intervention efforts where it's most needed.

This is precisely PetaBencana’s aim – to provide residents with a tool so they can help each other and support government agencies and first responders understand a developing situation so they can respond effectively.

Given the disaster hotspot that is Indonesia, Mahtani said there is only so much one agency at the national level and those provincially can do. Rather than waiting on a response from the authorities, she argued everyone should be involved in the process of reducing risk.

“When people have the right information to act on, they can immediately coordinate with their families and communities instead of waiting on external support.”

This framework for two-way communication can be invaluable for disaster management responses at the lowest level to help verify emergency events and ensure public trust.

“Based on this rapid information, the assistance of resources such as equipment, logistics and evacuation teams can have a definite location that must be addressed for humanitarian support intervention,” said Surya Putra.

For Mahtani, democratising such decision-support tools allows for wider participation in civic management and infrastructure monitoring.

“The intention is to empower people,” she said. “Instead of concentrating decision-making in a control room, it’s disseminated to everybody’s mobile phones, and they all have the same access to critical information.”

The role of social media in disaster responses isn’t novel, as several digital humanitarian initiatives have spawned over the last decade.

What makes PetaBencana unique is that it's the first online tool to create real-time maps of urban flooding driven by social media chatter. In addition to Twitter, Facebook, and Telegram, they are working to connect the platform to Instagram and TikTok.

Rather than passively data mining, it is an active conversation that relies on user participation, said Mahtani. “It’s a process of both verification and structuring crowdsourced data – turning all that noise into useful information through a chatbot.”

This “humanitarian chatbot” as Mahtani calls it, saves on both time and computing resources while offering an inexpensive way to reach millions.

She explained how the platform had to incorporate an understanding of the way Indonesians communicated with each other on social media, and the same approach will need to be implemented wherever the technology is adopted.

“It’s very much a social-technical infrastructure. It’s about the relationships and the research that goes into understanding behaviour,” she said, illustrating how the chatbot speaks is contextually embedded, from the way it addresses users to even its tone.

“When adopted in other areas, it’s not a matter of just switching up the map. It’s about understanding a culture’s specific behaviour towards how they understand and interpret risk.”

MapaKalmidad, PetaBencana’s latest project in the Philippines, saw it launch pilots in Pampanga and Quezon City last year, with plans to expand across the country by the end of 2021.

Mahtani revealed how multiple projects have adopted the CogniCity software to start building their own urban management platforms, like SmartSaigon in Vietnam. In Hong Kong, a platform called Breadline connects donors and charities over food waste distribution. Another in India is in the development phase.

“It’s very adaptable as a way to use data for different forms of urban coordination.”

Highlighting PetaBencana’s advocacy of open-source development, Mahtani emphasised how being engaged with different organisations has provided crucial learning opportunities and knowledge-sharing for the region at large.

Global recognition has come too: the US Federal Communications Commission and International Federation of the Red Cross and Red Crescent have praised the platform as a model for disaster information crowdsourcing.

Despite the success, PetaBencana is constantly being evaluated and iteratively modified, in addition to ongoing maintenance.

Recent challenges like the Covid-19 pandemic have accelerated digitisation of operations at every level. For a team of four, using digital tools to scale socialisation efforts at a minimal cost has been a huge plus, as has being able to hold online training sessions for hundreds of people in a day.

Ultimately, Mahtani stressed the importance of building comprehensive and long-term partnerships between all stakeholders, from individuals to the government, to ensure the system’s sustainability.

It is this collaborative approach at both the level design and development that has enabled PetaBencana to generate beneficial outcomes for citizens and policymakers alike – not just in the region, but potentially any high-risk, disaster-prone part of the world. 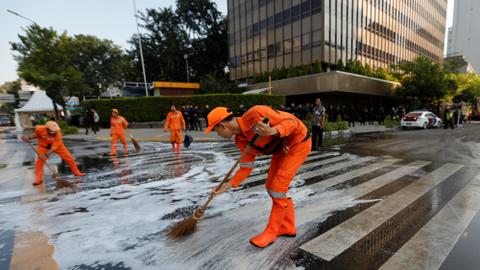 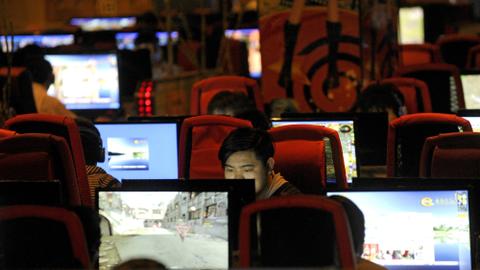