How Netanyahu leveraged a broadcast licence for favourable media coverage

A Haaretz investigation sheds light on how Israeli hardline Prime Minister Benjamin Netanyahu did his best to press the country’s media to cover him favourably.

A new investigative Israeli report has revealed how far the country’s indicted Prime Minister Benjamin Netanyahu went to suppress the media to turn press coverage in his favour.

A Haaretz report published yesterday showed that Netanyahu, who was recently indicted on several corruption charges, has allegedly leveraged the issuance of a broadcasting licence — for i24, an Israeli international 24-hour news television channel — in exchange for favourable coverage.

“Over a year ago, against the backdrop of discouraging viewership data, i24News decided to focus on two goals: Receiving a license to broadcast in English on Israeli television and establishing a local Hebrew news channel,” wrote Josh Breiner and Nati Tucker, co-authors of the report.

“One tactic apparently used to achieve these objectives was to flatter Prime Minister Benjamin Netanyahu,” the report said.

Under pressure, i24’s coverage significantly shifted as the channel, which has been described as a left-leaning media outlet, was banning certain guests from appearing and took one of its most popular shows off the air.

As a result, several employees left the channel, protesting the new pro-Netanyahu policy of the channel.

“It’s not even a propaganda channel for Israel,” the report quoted one of the former executives of the channel. “It’s a pro-Bibi channel.”

i24News is funded by Patrick Drahi, an elusive billionaire with three citizenships, French, Israeli and Portuguese, who owns the multinational telecom firm Altice, and several media outlets in France, Israel and the US.

Drahi, a Moroccan-born Jewish businessman, chose Frank Melloul, a Swiss-Israeli operator who was a former media adviser to Paris and a former manager at the France24 news company, to run i24News as its CEO.

Two years ago, the tone of i24News began changing as Melloul told his colleagues at the media outlet to be “less critical” toward Israel’s longest-serving prime minister, according to the Haaretz report.

“We need to be softer toward Netanyahu,” Melloul summarised the new task of i24News, according to Haaretz.

In August 2018, Drahi and Melloul reached their desired objective as the Israeli government approved i24News to broadcast on Hot, an Israeli cable company.

But apparently, the influence did not end there.

After receiving news that their English-language channel could be broadcast in Israel, Melloul announced to his staff: “Our next challenge is to establish a fourth channel in Hebrew.”

As a result, they should not shift their current stance regarding Netanyahu until they also got that approval from Tel Aviv, Melloul said.

The Spin Room, one of the most popular shows at i24News, also got into trouble with Melloul’s new approach after hosting Odelia Carmon, Netanyahu’s former media adviser, who broke with him some time ago.

In December, Carmon was discussing one of the Facebook posts of Netanyahu’s hothead son, Yair, who is known to occasionally post Islamophobic statements.

“There are no terror attacks in Japan or Iceland because there are no Muslims there,” he wrote at the time in his post, which triggered Facebook to shut down his account for 24 hours.

“He is the product of two egomaniacal and egocentric parents,” Carmon said on the show.

“I have a lot of compassion for Yair because he was raised by two parents focused on themselves. Still, I expected him to have a little more class. Even if he is a right-wing racist, I hoped he would grow and be a more intelligent guy…he acts like an idiot,” Carmon said.

After the comments, she was not invited to the show again.

“Bibi’s son yelled at me, asking why we brought in Odelia Carmon,” Melloul said. He added: “I am asking to take her off.”

i24News denied that a conversation took place between Yair Netanyahu and Melloul regarding Carmon’s appearance on the show.

But six months later, the show, which was reduced to twice a week, was completely taken off the air.

The i24News controversy is not the first of its kind for Netanyahu.

In August, Netanyahu held talks with Arnon Mozes, the publisher of Israel's largest newspaper Yedioth Ahronoth, to impose a ban on the free distribution of newspapers.

The ban would also impact Israel Hayom, which is distributed for free and owned by American Jewish billionaire Sheldon Adelson, who fell out with the Netanyahu family after several high-profile controversies.

Netanyahu reportedly askedMozes for more favourable coverage of his personality and party. His deals with Mozes have been the main subject of Case 2000, a corruption investigation against the Israeli prime minister. 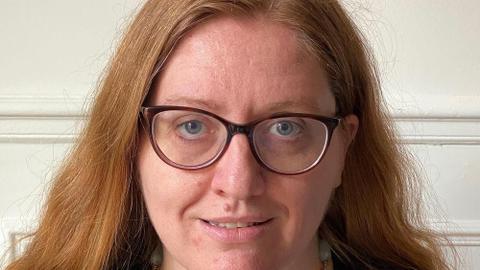