How Pakistan’s women footballers are making every opportunity count

After facing eight years of exile from international football, Pakistan women players are upbeat about getting a shot at a regional championship.

It’s 42°C in Islamabad, the capital city of Pakistan, and Karishma Ali has been training for two hours straight.

But the oppressive heat doesn’t seem to be breaking her spirits. She has to take four breaks in between to keep herself hydrated, but still completes the routine. Ali, 25, comes from the country’s scenic, mountainous region of Chitral in Khyber Pakhtunkhwa province, bordering Afghanistan. She became the face of Pakistan and its football scene three years ago when Forbes featured her in their list of 30 Under 30.

In less than two months, Ali could finally get a chance to wear Pakistan’s national colours, something she has always dreamed of, and represent her country in the South Asian Football Federation (SAFF) Championship, scheduled to take place in Nepal from September 6-19.

“There is no honour greater than to represent your country for any athlete,” she says. “And I’m no different. I’ve been working hard all year long without knowing what the future will entail, so I’m very excited.”

Pakistan’s participation in the championship became possible after the sport’s international governing body, FIFA, lifted a 15-month ban on the country earlier this month, making the women’s team its first beneficiary.

Umaid Wasim, sport’s editor at Pakistan’s English daily Dawn, says when the country was banned by FIFA, there was only women’s football taking place in the country. “It’s befitting now that the football is returning, it should be the women’s team who get the chance first,” he says.

Wasim says the women’s team has gone through a lot, since they haven’t played for the past eight years. “So, a full return and the team’s participation in the SAFF championship means a lot for the girls.”

In Nepal, Pakistan women’s team will feature for the first time in any international competition since 2014.

Wasim, however, is quick to caution that the outcome—how well the team plays, that is—would be of secondary importance. “Performance won’t matter here, just getting the girls back on the field is what’s most important.”

In Islamabad, where Ali trains, she is the only woman among two dozen men.

But it hasn’t always been as smooth a sailing for her.

“People in other countries often overlook that playing football in Pakistan for women comes with a different set of troubles,” she says. “The culture is different.”

However, as women playing the sport is becoming a common sight in parks and clubs, people, too, are beginning to gradually embrace it—so much so that many families have started to cheer for their daughters as they play.

If anything, a countrywide month-long National Women’s Championship organised by the Pakistan Football Federation (PFF) last year is a testament to this, where hundreds of women from different parts of the country took part, representing their cities and clubs.

Though the championship had to be called off due to infighting within the PFF—an event that later led to the suspension of Pakistan football by FIFA—it was still seen as a great leap forward in promoting the sport among women.

Ali, who started Chitral Women’s Sports Club in 2016, feels happy to see such a positive change, since she herself lacked such opportunities while growing up.

“Women have to sacrifice way more than men in order to play the sport in Pakistan. It was really heartening to see players from as far as Gilgit-Baltistan to Hazara and Karachi participate in the championship,” she says.

Ali had once in the past come close to representing Pakistan’s national team. In 2018, she was selected for the national camp, but it never materialised.

She says she is working hard now and will continue to do so. “I will give it my all if I get to wear the Pakistani jersey. If not, I’ll cheer for the girls from the stands.” 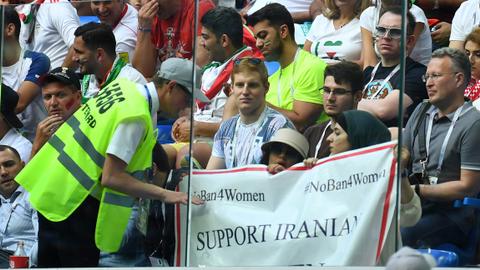