Many civilians seeking to escape Daesh territory have to pay smugglers fees to the PKK who then don't deliver and seek more money from them.

Desperate to escape Daesh-held territory, more and more women and children are falling victim to human trafficking scams, ending up in the notorious Al Hol camp with no way out.

Umm Ahmad was the French wife of an ISIS (Daesh) militant. Trapped in a small pocket in eastern Syria, she was surrounded on all sides by YPG-dominated SDF militias in the final phase of their ‘al-Jazeera Storm’ offensive.

"I wanted the world to know of my suffering and of the suffering of many women like myself," Umm Ahmad tells TRT World.

As the siege tightened day by day, and with barely anything to eat and only contaminated water to drink, the situation became unbearable. Those trapped by the siege were starting to become ill from the water.

US aircraft, supporting YPG and SDF militias linked to the PKK, an organisation that they themselves designate as a terrorist entity, were bombing the area indiscriminately with hundreds of civilians killed as a result, Umm Ahmad relayed back to me from the besieged pocket.

Umm Ahmad’s husband, also a French national, was killed as the Daesh terror group slowly lost its territory. A widow, she and her two-year-old son are now in limbo.

The life of civilians and the wives of militants who surrender to SDF militias can be a precarious one and the beginning of a new phase in their ordeal. Looked upon suspiciously, many are taken to the Al Hol camp unable to leave and what some have called an open-air prison. Umm Ahmad, however, is now seeking a way out.

“Inside the camp women and children live in tents, newcomers often share tents until they are able to acquire an individual tent, they have extremely limited access to medical services and are banned from leaving the camp even in dire situations” said Umm Ahmad speaking to TRT World over a phone she had smuggled into the camp.

For over three months I have been investigating how SDF militias have turned their war against Daesh into a business opportunity to extort the besieged people trying to escape Daesh-held territory.

My investigation has exposed how the SDF has formed a people smuggling industry projected by locals to be worth millions of dollars, though I was not able to verify the accuracy of this figure due to the difficulty of extracting verified information.

These militias, in addition to local smugglers, have financially exploited the human misery and desperation in the last besieged pocket of Daesh-held territory.

For the SDF, the war against Daesh has created perverse incentives even as hundreds of their militants have been killed, including many foreign militants from Western countries who have joined the YPG, the Syrian branch of the PKK which the EU, NATO and the US recognise as a terrorist organisation.

In my phone conversations with smugglers in the southeastern provinces of Al Hasakah and Deir Ezzor I have found one thing they all have in common: opportunism. Many of these opportunistic smugglers come from destitute and impoverished backgrounds, they have found a chance to jump on a "get rich quick" scheme in war torn Syria where regular jobs are scarce.

On one occasion, a smuggler known as Muhsin Ayid al Samran told me that his neighbour Abdullah was an unemployed man living in his parents' house struggling to eat and is now driving a $10,000 Toyota Hilux from money he made through smuggling families out of Daesh territory.

I contacted Abdullah to confirm this statement. Abdullah himself confirmed that he charges $2,500 per head to cross over from what's left of Daesh territory to SDF held territory.

The increase in prices reflects the increased desperation of the families trying to escape, and the greed of the members of SDF militias to fund their activities through human trafficking.

Although rebel-held Idlib province would appear to be the preferred destination of many of those seeking a way out of Daesh-held territory, hardly any of these families ever make it there as Hayat Tahrir al Sham (HTS) does not want to host potential members of Daesh and neither does it want to host their families, as confirmed to me by a senior HTS member whom I contacted during my investigation in order to know HTS’ position on Daesh families.

So where do these families smuggled out of Daesh territory end up? Most have been scammed by smugglers in the hope of trading money for safety and end up in the SDF-managed Al Hol camp if they are women, children or civilian men. If they are men suspected of being members of Daesh members they are held in SDF prisons.

There is little mention in the mainstream media of the camps despite there being more than 30,000 people confined there including 500 Daesh members’ wives.

Conditions for the women and children in the Al Hol camp are horrific. The World Health Organization has called for unhindered access to the camp and admitted that "more help is required."

According to the UN Refugee Agency, UNHCR, even the documents of the people residing in the Al Hol refugee camp are confiscated, rendering them helpless and at the mercy of the SDF militias.

Umm Ahmad was handed over to the Asayish, a PKK linked militia, by the smuggler Muhsin who was paid a sum of $3,000 by her French relatives to smuggle her out of the Daesh-controlled pocket in the south of Syria.

After much searching by her family who contacted her friends and the SDF, Asayish smugglers that they had access to, her relatives told me they "were able to locate her three weeks later only to find she was in the Al Hol refugee camp".

The Al Hol camp outside a small village from which it gains its name is a few kilometres from the Iraqi border has become the unlikely epicentre of what is becoming an international problem, the question of what should be done with the foreign militants is now increasingly becoming an urgent question.

But for Umm Ahmad’s family, the urgency is personal. Her family informed me that she was "in bad health condition" as she was ill and "barred from receiving crucial medical treatment" by the militias in charge of the camp.

She even told me of a woman who lived in her tent a while ago who tried to hang herself and her two daughters out of grief, only to be restrained by other women.

These women are not allowed contact with the outside world, although some manage to hide their phones on arrival to the camps. Some of these women are Syrian while others are foreigners.

Others, even entire families, have totally disappeared off the map with rumours circulating that they have been killed and sold for their organs.

How the smuggler's profit

The smugglers claim to be able to get women and families out of the Al Hol camp if a bribe of $5,500 is paid to militia members.

I was told this by a smuggler going by the name Abdullah al Deri, who operates out of al-Hasakah province, in northeastern Syria. The total price of smuggling women and families to Turkey and FSA controlled Euphrates Shield area was $7,500 a head; $5,500 is what the SDF militias take and the rest of the money is kept by the smugglers.

I managed to get in touch with Umm Ahmad's relatives abroad who discovered the hard way that human trafficking is a lucrative scheme for SDF militants and that, “the smugglers they work with and that once the money is received by the smugglers, they would no longer respond to messages,” they told me over the phone.

I was told by one of Umm Ahmad's relatives that when a smuggler going by the name Ra'ad al Faouri received a sum of $1,500 from them on December 22 2018, as an initial payment, he claimed that he would "deliver the woman from the Al Hol camp to the rebel-held province of Idlib."

However, Umm Ahmad had already paid $3,000 to the smuggler Muhsin Ayid al Samran to leave Daesh territory in the back of an overcrowded pickup truck through the desert a few days earlier, only to be scammed.

It seems that SDF militias and local smugglers have used and are using people's fears and uncertainties to sell false hopes of leaving Daesh territory as well as the Al Hol camp controlled by them in order to profit financially. They do this by working with shady smugglers who are simply looking for a payday and have no concern for their clients or their safety - and don’t think twice about cheating them out of large sums of cash.

As if that wasn't enough, these clients and their families abroad often discover that it was a trick to extort money from them and that they were sold out from the beginning as the smugglers were working hand in hand with the militias.

This is criminal, corrupt and unethical and runs contradictory to the image of heroism and discipline that SDF militias try to portray to the world. Umm Ahmad is not the only victim here, I spoke to at least three other women who fell for the same trick.

They were too afraid to give me information which could identify them due to expected reprisals from the SDF militias. I have been told by these women that wealthier Syrian civilians who can afford to pay the smugglers have also fallen prey to this trick out of fear of being taken to the Al Hol camp, but so far I have not managed to verify this claim.

Either way, the world deserves to know about this secret human smuggling industry and its victims, like Umm Ahmed. 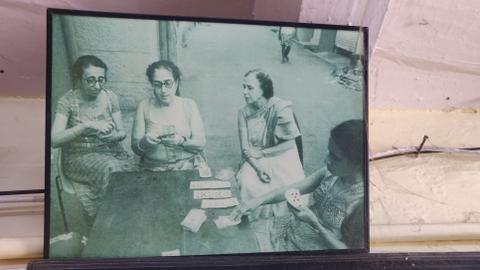