Is Ethiopia close to rejecting the US mediation over the Nile Dam project?

Addis Ababa shows defiance to Washington's mediation of the Grand Ethiopian Renaissance Dam (GERD) project, refusing to give in to the demands of Sudan and Egypt.

Ethiopia criticised the US government's latest position on the controversial dam project over the Nile River, which has put the east African country at loggerheads with Egypt.

“The US statement that says Ethiopia shouldn’t start filling the dam without reaching an agreement is diplomatically incorrect and we think it is wrong and we expect the US to correct this statement,” said Ethiopian Foreign Minister Gedu Andargachew on Tuesday.

The US has been playing the role of arbiter, assigned with the task of brokering a deal that's agreed by both sides. But lately Ethiopian leadership has questioned the impartiality of Washington.

"We want Americans to play a constructive role. Any other role is unacceptable," the foreign minister added.

Addis Ababa has serious differences with Cairo and Khartoum over the $4.6 billion Grand Ethiopian Renaissance Dam (GERD) project, which could significantly decrease the water capacity of the Nile River flowing to Egypt from Ethiopia. For centuries, the Nile has supplied much of Egypt’s water demand.

Since November, the US Treasury Department has been mediating between Ethiopia, Egypt and Sudan to address the growing rift between the countries over the dam project after Egypt’s President Abdel Fattah al Sisi demanded Washington’s help to address the differences.

But the recent US statement, which urged Ethiopia that “final testing and filling should not take place without an agreement”, made Addis Ababa quite unhappy. Ethiopia, whose dam will be Africa's biggest hydroelectric power plant upon its completion, has already skipped the recent talks planned for last week in Washington due to its concerns over US neutrality.

There are two outstanding issues between the three countries. One is the time period in which the dam will be filled by Ethiopia, the source country of the Nile River, and another is how much water it will release to downstream countries.

The dam will have a capacity of 74 billion cubic metres of water. If Ethiopia, which thinks that to build a dam over its own territories is its own sovereign right, holds much of that capacity, it might have serious consequences for Egypt’s economy.

"The effect on Egypt's agricultural production could be devastating if it does not receive at least 40 billion cubic metres (bcm). Ethiopia wants the release 31 bcm per year out of 49 bcm," said Dr Maha Azzam, head of the Egyptian Revolutionary Council, which opposes the rule of the current regime led by Sisi.

Under the US mediation, the parties are trying to reach a settlement on how the dam project will be operated and what kind of mechanisms will be set up to ensure its implementation.

The sources of Ethiopia-Egypt row

Washington has promised a just resolution under its alleged fair mediation, but Ethiopians are not sure about the pledge, questioning intentions of the US, which desperately needs to line up Sisi’s support for President Donald Trump’s ‘Deal of the Century’ concerning the Palestinian-Israeli conflict before the November presidential elections.

In order to persuade Egypt, the US appears to be going ahead to help Cairo in its bid against the dam project. Trump “expressed hope that an agreement on the Grand Ethiopian Renaissance Dam would be finalised soon and benefit all parties involved”.

But the process has become more complicated as the US pressure does not seem to have the desired effect on Ethiopia, whose reformist Nobel-winning Prime Minister Abiy Ahmed sees the project as a way to boost his chances of winning another term in next year’s elections.

In January, he reportedly asked for South African President Cyril Ramaphosa’s mediation to address the disagreement, signalling his willingness to sideline the US.

The prospect of Ethiopian control over the Nile, which has been almost always been identified with Egypt and its history from the time of pharaohs to the modern period, leads to great anxiety in Cairo, which previously said that it would take all possible measures, including military means, to ensure its rights to the river.

An old agreement, which was crafted in 1929 by the British, the colonial power in both Egypt and Sudan back at the time, enabled the two countries to claim almost all of the waters of the Nile, although the continent’s longest river originates in Ethiopia.

In 2011, when Egypt was going through a turbulent political process under the effects of Arab Spring movements, Ethiopia launched the GERD project to claim the Nile’s famous waters without consulting Cairo.

By now, it has completed more than 70 percent of the dam, which could produce 6,000 megawatts of electricity, meeting the country’s power needs and even allowing it to sell to neighbouring countries. 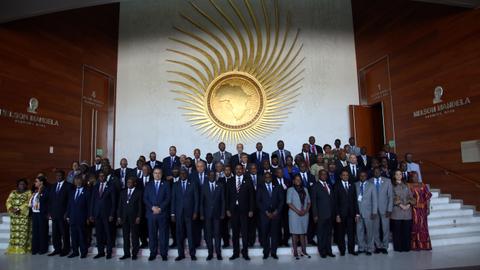 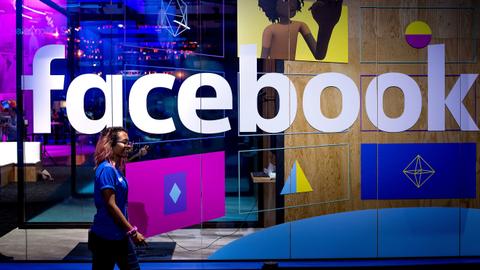 Is the pandemic setting us back in the fight against plastic?