Is it correct to identify terrorism with 'Islamism'?

Some statements from both French and Austrian authorities suggest that recent violent attacks are part of “Islamist terrorism”. But experts see dangers in that kind of description.

In an increasing trend, some Western leaders and intellectuals have looked to identify Islamism, which is a contentious term in its own right, with terrorism, particularly, in the wake of the recent attacks in France and Austria.

While most Westerners and their allies in the Islamic world have increasingly used the term Islamism to define a violent movement with a religious identity, most Muslim intellectuals and scholars find it incorrect to conflate Islamism with religious extremism, violence or terrorism.

The Western perception of Islamism, often associated with terrorism, also suggests that Islam has some kind of connection with terrorism.

“When the term ‘Islamism’ is associated with terrorism in the popular press, it often simply serves as a secularist dog whistle that is meant to signal that terrorism is intrinsically associated with Islam,” says Usaama al Azami, a British-Muslim academic and a lecturer in Contemporary Islamic Studies at the University of Oxford.

Islam as a monotheistic religion has existed for more than 1400 years since Prophet Muhammad passed on Quranic verses to his contemporaries in 610 AD in Mecca, which is located in present-day Saudi Arabia.

For Muslims and a significant yet less vocal number of non-Muslims worldwide, associating Islam with terrorism would be an insult to nearly two billion Muslims living across the world, and indicates that the old colonialist European mentality has updated its terminology by replacing 'Muslim barbarians' with 'Islamist terrorists.'

“The use of Islamist in connection with terrorism simply associates the guilt of terrorism with 1.9 billion Muslims,” Azami tells TRT World.

Yet French President Emmanuel Macron didn't shy away from saying, “Our country suffered an Islamist terrorist attack,” after a knife attack took place outside a church in Nice. The incident happened 13 days after Samuel Paty, a French teacher, was beheaded by a young Muslim man in Paris.

Austrian authorities also described a series of attacks, which appear to be committed by Muslims in Vienna, as acts of “Islamist terrorism”.

Azami thinks that these descriptions and policies are “an exercise of domination” in an ongoing "quasi-colonialist project," which, according to him, has historically been intimately tied to a commitment to white supremacy.

"It is a truism that Islam is overwhelmingly a religion of non-white people across the world, and even more mainstream incarnations of white supremacy today that permeate political and media power centres in the West are built on a subtle commitment to the belief that Islam is ultimately the source of terrorism," Azami said.

With recent attacks, the strictly secularist French state under the so-called centrist President Emmanuel Macron has begun using some themes of the far-right, which is expanding across Europe and the Americas.

“He [Samuel Paty] was killed because Islamists want our future. They will never have it,” Macron claimed, staking his claim to a traditionally far-right narrative.

For a long time, far-right movements across the world have claimed that Muslims, with their growing populations, will eventually replace them.

Macron has not hesitated in repeating such tropes, describing France's 6 million-strong Muslim population as a “parallel society” or a “counter-society”.

His interior minister also repeatedly used the term ensauvagement, a popular far-right and racist theme, which means savages, to tacitly separate Muslims from the 'civilised' French.

“A colonialist project grounded in an ongoing commitment to the ‘white man’s burden’ of civilising the non-white world continues to animate the sorts of ideological statements that express the superiority and non-negotiability of ideas like secularism and the Enlightenment, as though the rest of the world are not permitted to have their own conceptions of what it means to be a member of a civilised human society,” Azami contends.

According to Azami, France’s laicite, which defends a strict separation between religion and state, is nothing but another deeply intolerant religion that is used as a tool to straightjacket others by force.

Therefore seeing any sign of Islamic presence in public space as an offense to those values reveals the social fault lines of the French majority. And professing laicite like a priest preaching God's commandments, Azami says France's founding principles are inherently self-contradictory.

“These new religions are being imposed by force on the global audience. Other religious traditions, like Islam, are by contrast vilified as terroristic,” he says.

Which violence is good?

Despite their fierce defence of enlightenment values and democracy, Azami and other critics think that modern nation states like France tolerate a lot of other violence across the world like places in India and China as state-sanctioned policies — a stance that smacks of hypocrisy.

“The reality is that innumerable forms of terroristic violence exist around the world and they are many, they are constant and they are frequent. In some respects, it’s perpetual. They are also done in the name of other ideological values, such as those of secularism. But when it comes to Islam, mainstream discourse insists on identifying it as Islamist,” Azami says.

For example, despite the fact that Syria’s Assad regime, which is based on a secularist Arab nationalist ideology known as Baathism, has committed many atrocities against its own people, and it is not usually identified as a “terrorist” state, Azami says.

Myanmar’s Buddhist-majority nationalist regime’s atrocities against the Rohingya Muslims have also not been identified as an example of terrorism, Azami says, whether nationalist or Buddhist terrorism.

“The same goes for India, whose state ideology is currently both Hindu and nationalist. I think what is key here is the nationalism component because nationalism is the ubiquitous secular religion of the modern world,” says Azami.

“One of the most extreme examples of such secular/nationalist violence today that certainly deserves the emotive label of state-sponsored terrorism is China’s persecution of the Uyghur Turks.”

“Such states are massacring, killing, imprisoning, torturing and depriving of basic human dignity of millions of people. This is happening constantly — every single day,” he says.

Despite all these horrors, no one is talking about the nation-state’s “terrorism,” be it Chinese or Indian. The emotionally charged term of “terrorism” is almost exclusively used to designate violent acts committed by Muslims.

“Yet when a relatively small number of people in Europe are tragically attacked by vile and criminal elements within these societies — and even one such murder is absolutely unacceptable — everyone starts talking about ‘Islamist’ terrorists,” Azami says. 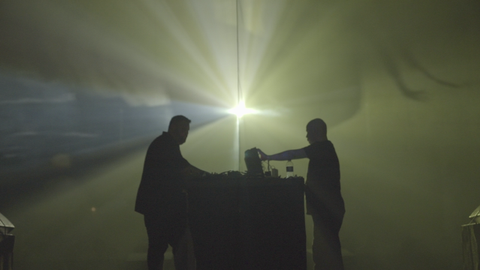