Is the West shifting towards recognising Bashar al Assad once again?

Recently, the US suggested that Assad does not necessarily have to go. Nonetheless, experts say it is still too early to ascertain whether the West's attitude towards the regime has changed.

Western capitals, but primarily Washington, have repeatedly demanded the Assad regime to step down from power during the bloody civil war. But a recent statement from James Jeffrey, the US envoy to Syria, has shaken Western political consensus.

"We are not demanding total victory. We are not saying that [the Syrian regime leader Bashar al]  Assad has to go," said Jeffrey at a conference organised by American think-tank, the Middle East Institute, implying that Assad could stay in power.

Despite the weight of the statement, experts still wonder whether it points to any significant change in the West’s political attitude towards Damascus.

“Americans don’t want regime change, but they do not also want to recognise Assad and have diplomatic relations,” said Kamal Alam, a military analyst.

Alam reinforced his argument by referring to comments made by Joel Rayburn, the US Deputy Assistant Secretary of State for Levant Affairs, during an interview last week.

“He was basically saying that ‘We don’t want regime change. But we don’t want normal relations [with the regime] either’. So it’s Catch 22,” Alam told TRT World.

Rayburn denied any suggestion that the US would “walk back from holding the Assad regime accountable”, calling it a “fantasy”.

Matthew Bryza, a former top American diplomat, also doubts whether the West will have any real intent in recognising Assad as the leader of Syria.

The US has recently revealed the Caesar Act, which targets prominent figures within the Assad regime.

“The US cares about the political transition, which by definition will mean Assad will be gone. Ambassador Jeffrey has presumably been asked by the Russian Government to stop pressing publicly for Assad's removal because doing so will only make Assad even more resistant to a constitutional and political process,” Bryza said.

According to him, Jeffrey is employing a negotiating tactic, which, in diplomatic circles, is otherwise known as ‘constructive ambiguity’.

Are the US outlining conditions to Damascus?

During the speech, the US envoy also appeared to reveal what America’s conditions might be in the event of a rapprochement between his country and the regime.

Jeffrey indicated that the US wants to see "a dramatic shift in the behavior of this regime as we have seen seldom in the world," referring to Japan’s reconstruction under the American oversight following World War II.

"That’s the kind of reform we need to see, whether that can happen under this leader and the people around him we don’t know," he said.

Recent developments in Syria might suggest that Assad wants to show both the Russians and Americans that he heeds their advice by eradicating problematic elements inside the regime.

Assad recently fired his prime minister and has ordered the confiscation of much of the assets related to Rami Mahklouf, Assad’s powerful cousin, who also happens to be Syria’s richest man.

According to Alam, some Iran-backed Shia militias are also currently leaving Syria as Tehran, one of the main backers of Damascus alongside Moscow, is reducing its presence in the country.

As a result, Alam says the corruption case against Makhlouf, the alleged departure of Shia militias, as well as other developments inside Syria, are all related to each other in a meaningful way.

“I think all these things are connected. Corruption, Rami Makhlouf, sanctions, the departure of Shia militias and Iran’s leaving are tied to some kind of political and economic solution,” he said.

“We have a Syria election next year. I think Americans want to put pressure on Assad that he should make some political compromise before the 2021 elections.”

The possible conviction of Bashar al Assad’s uncle, Rifaat, over money laundering accusations in Paris, may also help the Syrian regime leader. Rifaat al Assad, who has lived in exile in France since the 1980s, has been a vocal opponent of his brother, Hafez, and his nephew.

“The Syrian government did not like the uncle anyway. This [the corruption case against Rifaat al Assad] is a benefit to him [Bashar al Assad]. You can draw parallels to Makhlouf and Rifaat al Assad,” adds Alam.

That said, the military analyst remains unconvinced of there being "a direct relation" between the Rifaat al Assad case and other political developments in Damascus and Washington concerning Syria.

“There indeed have been reports in recent weeks of serious tension among Assad’s family members in Syria, which has resulted in some purges,” Bryza said.

“I would guess, however, that France’s decision finally to proceed with the trial of Rifaat al Assad is coincidental and unrelated, as it seems highly unlikely the French legal system would wish to do a favor for Bashar al Assad,” he concluded. 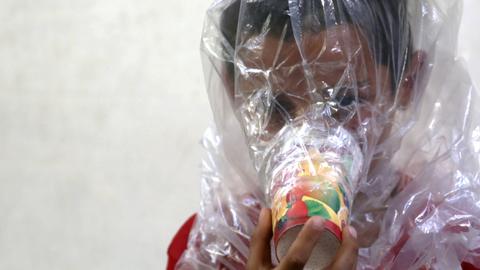 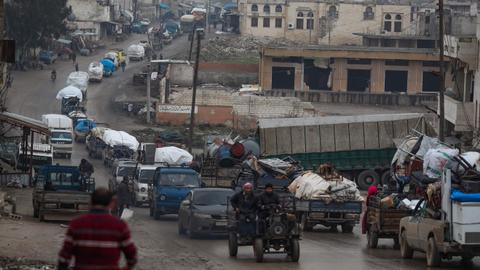