The firm is closely linked to the CIA and Israel, while standing accused of multiple counts of human rights violations.

But in spite of the IPO, the company direction was already bought at birth by the CIA’s venture capital firm In-Q-Tel, which invests in companies that enhance its reach, power and capacity for espionage. While In-Q-Tel claims to be independent from the CIA, it only invests with CIA approval.

For Peter Thiel, with an estimated net worth of about $22 billion, it’s been a profitable arrangement.

For the CIA, data mining, computing and surveillance are the keys to the future, and that’s where Palantir comes in.

Palantir first became notorious for stories that circulated alleging that the software it designed was responsible for finding Osama bin Laden. Newspapers picked up the story from former Navy Seal Mark Bowden’s book, detailing his role in hunting down and killing Osama bin Laden.

He credited them with perfecting a Pentagon data mining and analysis program started by retired US Rear Admiral John Pointdexter, once found guilty for his role in the Iran-Contra affair.

Pointdexter led a program called ‘Total Information Awareness’, which would serve as the prototype for sweeping surveillance programs later developed by the NSA, and exposed by whistleblower Edward Snowden.

The company has cheekily reshared the news on its own website, flirting with mystery. Peter Thiel’s co-founder Alex Carp, didn’t dismiss the allegations.

“That’s one of those stories we’re not allowed to comment about,” he said in an interview.

But what does Palantir do?

Its sales pitch gives a lot away. It’s named after a crystal ball in Lord of the Rings, which allows one to see all and know all, in the present and future.

In the wake of 9/11, Palantir positioned itself as a pro-military technology company working towards utopia.

How did they do it?

The end result? Allowing its users to spot hidden relationships and networks,  uncover terrorist activity, and even predict attacks.

But this is nothing new. What Palantir brings is a slick and smooth interface that’s easy to use, requiring no external maintenance or management.

In a nutshell, Palantir solved one of intelligence’s oldest problems: you can collect all the information in the world, but you’ll still need a lot of human help to make sense of it.

For the first time, that equation’s been reversed, and the easily installed program helps its user.

While there’s nothing fundamentally wrong with that, Palantir toes the edge of a very fine line: providing governments with the capacity to track terrorists, dissidents and undesirables with ease, while also selling its services and espionage capabilities to the highest bidder.

Merck pharmaceuticals is one of their clients, and is credited with speeding up drug discoveries. United Airlines uses them to plan more cost effective flight routes.

But its software could also be used for more nefarious purposes, to surveil minorities, track immigrants, and more controversially to support Israel’s military-technology complex.

The company has been implicated in a number of data scandals, most prominent being its alleged involvement in the Cambridge Analytica breach, which played a role in influencing US elections and the Brexit vote.

In the breach, Cambridge Analytica mined the data of millions of social media users, applying cutting-edge psychological analysis methods to determine the best way to influence voters for their client’s ends.

Palantir is also under fire from human rights organisations given its extensive contracts with the US Department of Homeland Security, and US Immigration for providing them with software to help them find, arrest and deport immigrants perceived to have entered the country illegally.

While many are deeply sceptical of the combination of profit-oriented business and surveillance, it was first put on display in a proposal by a Palantir employee to Washington, proposing methods to crack the inner workings of WikiLeaks. Included in his proposal were suggestions for disinformation and cyberattacks.

Palantir was also responsible for suggesting creating misinformation surrounding journalists, including Pulitzer Prize Winner Glenn Greenwald, for his articles in support of Wikileaks.

Palantir co-founder Peter Thiel gets around. He’s also an investor in Carbyne, co-owned by the late alleged paedophile billionaire, Jeffery Epstein, and members of the Israeli political and intelligence establishment.

Israeli media reports and former employees describe how often they “blur the line” between profit and service to intelligence goals.

Both companies offer pre-shooting predictive analysis, with the common link being a shared co-owner: Peter Thiel. Carbyne’s board of advisors feature former Palantir employee Trae Stephens, amid other notables such as former US Secretary of Homeland Security, Michael Chertoff, and former Israeli Prime Minister Ehud Barak.

In a dystopian twist, Human Rights Watch took apart an application used by Chinese authorities to surveil every digital action and physical movement taken by Uyghurs, finding it nearly identical to a NG911, a similar program produced by Carbyne and used in the US, albeit constrained by legal limitations.

Carbyne’s first surveillance contract was installed in the US in 2018, at the same time, China’s nearly identical mass surveillance was launched.

The same technology combined with Carbyne’s predictive “pre-crime” software is widely used by Israel’s Shin Bet intelligence services to track Palestinian comments on social media, and find someone guilty of a crime before it even happens.

That technology was pioneered by Palantir, who sold the Trump administration “pre-crime” technology, already widely used by police departments throughout the US.

Ties between Palantir and Carbyne were cemented when it opened a research and development centre in Israel in 2013. Hamutal Meridor, Palantir Israel’s current head, served as senior director of Verint, with deep ties to Unit 8200. Verint was previously implicated in being one of two companies hired by the NSA to put a backdoor into US telecommunication systems and popular applications, ensuring it’s immediate access.

While some of the features provided by Palantir, and its close Israeli cousin Carbyne are readily justified in the name of short-term measures and ensuring security, there is precedent for emergency measures to quickly become part of an ever expanding corporate-intelligence industrial complex.

This took place in the US after 9/11, with emergency surveillance measures quickly becoming the norm, and even passing into law through the Patriot act. In Israel, there are less qualms about this, where the state and technology companies actively work together, without regard to the dystopian state they give rise to.

Dangerously enough, companies like Palantir are increasingly changing the idea that their unchecked role is no longer about profit, but for the public good.

With few limitations on the ‘solutions’ they derive, state-backed companies like Palantir are redefining the new normal as they go mainstream, eroding privacy wholescale on a level never seen before. 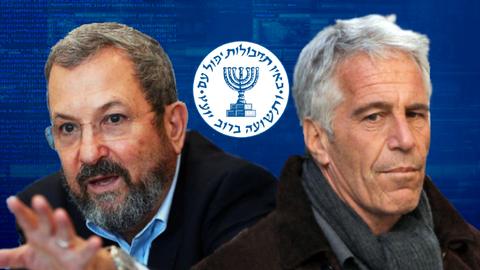 Two American billionaires and their shady deals with Israeli intelligence