1
Bangladesh at unease after a Muslim preacher went missing
2
Did Russia come out looking stronger from the Biden-Putin meeting?
3
Why so many Australians are switching to Alcohol-free wine and beer
4
Israel says more 'arson balloons' launched after it bombed Gaza
5
Palestinian teen shot by Israeli forces dies, hundreds attend funeral

Once touted as the end of annexation, the UAE’s normalisation deal with Israel has only emboldened Israel to continue building settlements unchecked.

This "disproves the Israeli claim that it has frozen settlements to enable its normalisation with Arab states" and "reflects the systematic American and Israeli violations of international law and resolutions," said the Palestinian Foreign Ministry in an emailed statement.

Via their statement, Hamas spokesman Hazem Qasem, also lashed out, emphasising that the constant expansion of Israeli settlements in the occupied West Bank has exposed the false claims of the Arab states.

“These [UAE] claims [that normalization with Israel has stopped settlement construction] are meant to mislead the Arab public opinion and to cover up the normalization crime, he said according to Press TV.

The UAE had attempted to justify its normalisation deal as the best possible outcome, described as a first, but necessary, step towards resolving the Palestinian-Israeli conflict.

Instead of wholesale annexation, Palestinians must endure the steady piecemeal loss of land, turning into a de-facto annexation as cities, neighbourhoods and enclaves are cut off from each other.

The UAE wasn’t the only one to make promises. In September 2020, Senior White House adviser Jared Kushner said that the Trump administration’s peace plan is an attempt to “save the two-state solution” because it stops Israel from further expanding its presence in the West Bank.

The reality is much harsher.

The UN Office for the Coordination of Humanitarian Affairs (OCHA), says Israel has demolished more than 506 Palestinian buildings in the occupied West Bank and Jerusalem since the beginning of the year.

OCHA also reports the state approval of hundreds of settlement units in the West Bank after the Israeli Prime Minister returned from signing the normalisation deal with the UAE in Washington.

Peace Now, a non-governmental Israeli movement, confirmed the government has approved the construction of 3,412 settlement units in eastern Jerusalem.

According to the group, reported by Anadolu Agency, more than 428,000 settlers are living in 132 settlements and 124 random settlement outposts in the occupied West Bank.

Many Israelis believe that Prime Minister Netanyahu could build yet more in order to appease his right-wing base who were angered when he failed to come through on annexation promises.

The Palestinian authority also has a lot to lose. To deter Israel’s plans for annexation in May, it limited all cooperation with the Israeli regime, refusing to accept tax revenue, or carry out security coordination.

While annexation is not on the table right now, the PA is nonetheless reluctant to restart low-level cooperation, which will largely be seen as a vote of confidence in the spate of normalisation deals that swept the Gulf in recent months.

Others are inclined to believe that the current state of affairs is just different packaging for the same status quo.

Nader Said, a Ramallah-based pollster and president of the Arab World for Research and Development, said in an interview with the New York Times, that the pact merely makes public and formalises what was brewing between Israel and the Emirates all along.

For Said, the distraction that came with the deal only allowed Israel to “consolidate its control of more settlements and roads.”

Its latest move has come under heavy fire by a number of authorities, including Turkey, which condemned Israel’s assent of new settlements in the strongest terms on Sunday.

"Reports of Israeli Prime Minister Netanyahu approving additional illegal settlements in the West Bank is a new proof of this country's occupier ideology, which disregards international law and the United Nations resolutions," the Turkish Foreign Ministry said in a statement.

Stressing that the recent development proves that Israel has not given up on its "annexation policy", the statement said: "Recent claims by some countries that they have halted the implementation of these [annexation] plans by signing a normalization agreement with Israel, clearly shows that it is merely a hoax."

It emphasised that Turkey does not recognise "these illegitimate steps of Israel," and called on the international community to resist efforts that attack the rights of the Palestinian people and their ideal of independence.

Noting that Palestinian lands belong to the people of Palestine, Turkey promised it would continue to stand by its people, and support their cause. 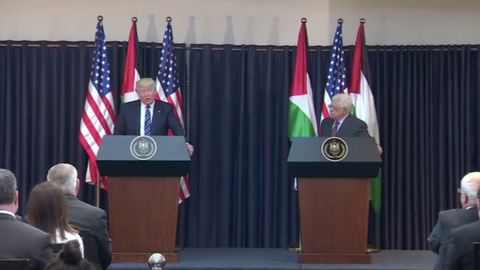 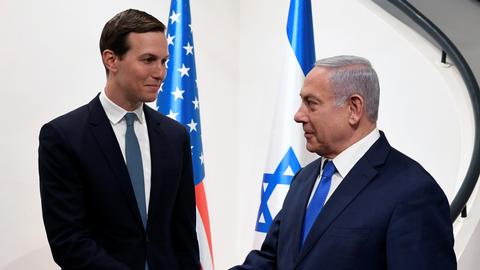 1
Bangladesh at unease after a Muslim preacher went missing
2
Did Russia come out looking stronger from the Biden-Putin meeting?
3
Why so many Australians are switching to Alcohol-free wine and beer
4
Israel says more 'arson balloons' launched after it bombed Gaza
5
Palestinian teen shot by Israeli forces dies, hundreds attend funeral