An Israeli airstrike on an agricultural chemical warehouse in Gaza last year has exposed the city to toxic fumes, endangering public health, says a joint investigation between Goldsmiths, University of London, and a Palestinian NGO.

An Israeli airstrike hitting an agrochemical warehouse in Gaza on the evening of May 15 last year has exposed the city to a long-lasting public health hazard, which includes two reports of miscarriages.

According to a joint report by Forensic Architecture, a research group based at Goldsmiths, University of London, and Palestinian human rights NGO Al-Haq, the Israeli airstrike amounted to the “indirect deploying of chemical weapons”.

The bombing occurred when Gazans were observing the 73rd anniversary of Nakba, which marks the forced exodus of Palestinians from their land in 1948 upon the formation of the state of Israel.

The targeted place was later identified as Khudair Pharmaceuticals and Agricultural Warehouse inside Gaza.

In response to the allegations, the Israeli Defence Forces (IDF) said in a statement that the airstrike was conducted to hit the Hamas hideouts, calling the warehouse and its nearby vicinity "legitimate military targets in the Gaza Strip”.

“The IDF takes all possible precautions to avoid harming civilians during operational activity,” a spokesperson said, adding that an internal IDF inquiry was set up to investigate the attack in question and "to examine whether there were any deviations from the binding rules and make necessary adjustments based on lessons learned”.

Khudair Pharmaceuticals and Agricultural Warehouse is the largest agricultural warehouse in the besieged strip. It housed hundreds of tonnes of toxic pesticides, fertilisers, chemicals and other farming materials. The airstrike initiated a toxic cloud that enveloped large parts of northern Gaza, creating long-term health and environmental problems for the people living there.

By working with members of the Khudair family and residents of the area, the investigation group has found that the attack's toxic consequences have continued for the Palestinians living in Gaza.

The report was compiled after original photos, drone and CCTV footage given by the warehouse owners were analysed, along with eyewitness interviews.

The warehouse has six rooms totalling 2,700 square meters and is surrounded by Palestinian homes and agricultural fields and stores.

The remains of the detonated bomb allegedly suggest that the Israeli military has used an advanced smoke projectile designed to create smoke screens to mask troop movement.

However, on the day of the attack, there were no reported Israeli security units on the ground.

“There is no military justification for the M150 to be used here. It is inherently inaccurate and unsuitable for use in an urban environment,” the munitions expert Chris Cobb-Smith is quoted in the report as saying.

Within the first hour of the attack, the toxic gases had affected nearly 5.7 square kilometres of the area with 3,000 homes and agricultural zones.

Fluid dynamics expert Dr. Salvador Navarro-Martinez, who measured the concentration and spread of the hazardous chemicals stored in the warehouse, said the air concentration of some chemicals crossed Acute Emergency Levels(AEGL).

The concentrations of sulphur dioxide and phosphorus pentoxide have reached above AEGL-2 in areas hundreds of metres away from the warehouse, which means a high risk of “irreversible damage” to human health, Navarro-Martinez said.

Navarro-Martinez stated, “When exposed to several chemical substances at the same time, as with the fire at this Warehouse, toxic emissions have the potential to amplify each other’s impacts.”

The report has underlined that the attack is an apparent series of punishments of the Israeli occupation forces, which “deliberately targeting civilian economic infrastructure and the industrial sector.”

Based on this investigation's findings, Al-Haq stated that: “Israeli occupation forces’ shelling of the Khudair Agrochemical Warehouse, with knowledge of the presence of toxic chemicals stored therein, is tantamount to [the use of] chemical weapons through indirect means. Such acts are clearly prohibited… and prosecutable under the Rome Statute of the International Criminal Court.” 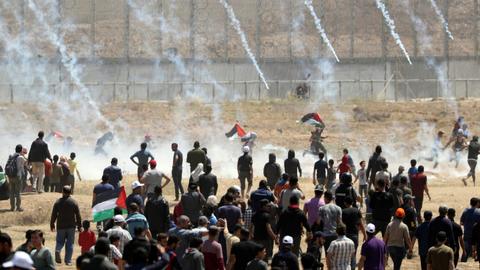 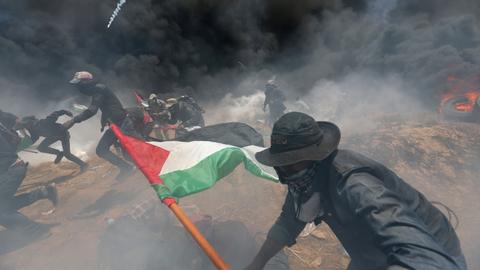 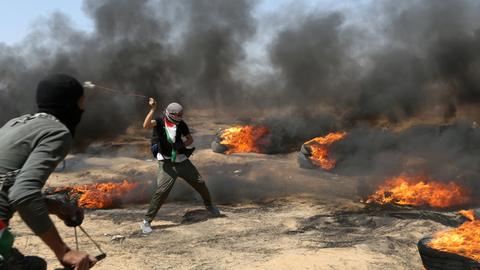