The Gurcay brothers have developed a unique technique to produce nanosilver developed through natural methods.

The National Aeronautics and Space Administration (NASA) on Tuesday awarded a Turkish nanotechnology firm, Nanosilver, which conducts research and development in Turkey's Teknopark Istanbul, with a nanosized silver project.

The company previously received two other awards from the International Conference on Nanotechnology and the 6th World Congress on New Technologies in the US, which paved the way for the Gurcay brothers to participate in NASA’s competition.

They were awarded 95 points out of 100 by NASA; 36 different countries competed.

The brothers are currently working on two silver-based projects with NASA. Nanosilver will be responsible for providing nanotech that keeps microbes from earth contaminating other planets. It also keeps bacteria, and any kind or organism from returning to earth.

In an interview with TRT World, the Gurcay brothers said their goal is to be able to touch society, people, and not be driven by profit as their Nanosilver journey began as a dream.

“We were looking at the right place at the right time. We wanted to be useful with deep technologies that can be used in different areas, which can be produced with domestic and national technologies in our country,” Rona Gurcay says.

“With deep powder metals, we produce different noble metal powders in nano size. With the pandemic process, nano silver production accelerated because silver has been used since ancient Egypt because of its antibacterial and antiviral features,” Tanra Gurcay added.

Recalling the inspirational story behind the way silver was once used in the time of ancient Egypt, the Gurcays say that the metal has an inherent antibacterial property.

“We have combined this ancient knowledge with deep technology. when silver goes down to nano size, it actually gets much stronger, sustainable antibacterial, antifungal property. Nano size is the smallest size, penetrates to the smallest detail on the surface to which it is applied, and keeps its effect for weeks.”

When asked what inspired them to invent their products, they said, “We have been using nano silver for many years. We have personally had hygiene concerns, because of our hygiene phobias, we have found ourselves a permanent solution to hygiene with nano silver products that we brought from Australia through my aunt.”

“Nano silver is the most advanced hygiene product, of course, it is used in more areas, in space, in health, but hygiene is one of them. Our dream was to expose it as an attempt to emerge in the right place and at the right time. In order to save people from the infection, as people who understand it best, we decided to take such an initiative,” Tanra Gurcay says.

Emphasising their family’s support during the process, the brothers argue that building successful companies like Nanosilver, from its birth to its current form, from incubation to production, is down to entrepreneurial spirit.

“Our family has been very supportive in all this sleepless process since day one.”

“We have started to work on nano technologies, bringing noble metal products to nano dimensions. We wanted to start with nano silver to contribute to the pandemic. We also started collaborating with Istanbul Technical University (ITU) while trying to produce nanosilver. Our team is made up of academics there. Nanotechnology is an academic field which is being studied by universities across the world, and ITU is the most established institution in Turkey in this field. The lecturers we work with are the ones who got Science Oscars,” Rona Gurcay said.

What separates their product from others, Tanra explains, is that they have developed a unique production technique, developed using natural and ecological methods, employing the use of domestic technology.

“This was what allowed us to produce a true nanomaterial with a purity of 99.99 percent, with no waste residue and no chemicals during or after the reaction,” say the brothers.

Thanks to their unique method, there is no chemical waste and toxic waste left in their materials. This is what brought them the best research of the Year award at the International Conference on nano technology and the World Conference on new technologies.

It is well known that nano silver has been in use during space exploration activities for several years and plays a critical role.

“No organism can settle to a surface once it is covered with nano-silver. Even in astronaut clothing, nano silver is the most advanced sterilisation and hygiene product, as there are no washing facilities in space stations.”

“As soon as the nano is coated with silver,  it provides this 99.99 percent hygiene rate for 4 to 6 months. Even in the most aggressive conditions on the surface areas, it lasts 99.99 percent at least for 15 days, in fact it lasts up to 1 month, but 15 days is more accurate for precautionary purposes. Nano silver products form a nano sized shield and prevent future viruses, bacteria and fungi from forming a habitat,” they told TRT World.

“It is important for our lovely country. It is used in many different products, from defence industry to food protection, self hygiene and so on.”

Arguing that no one in the world can produce the level of purity they do, the Gurcay brothers claim that the purity, the naturalness and the absence of any chemicals, distinguishes theirs from equivalents.

“We produce it in a long-lasting, effective condition. We decided to release nano silvery sprays, which we produced for use during the pandemic period. We made it compatible with the body Ph level, initially it came out as a surface product, but the formula is used because it is compatible with the body pH. In Turkey, we applied it to various means of transport to try it, and at the end of 15 days, the application area was still as much as an operating room environment,” Tanra Gurcay said.

Rona Gurcay adds that because of its manufacturing technique and size, it stays on the surface, undeterred by rain, cloth wiping and all kinds of things.

“When you apply it to your hand, your hand is completely protected by a silver shield until the next wash. We sent these products to internationally accredited laboratories, especially those who work on Covid-19, and it was approved that our product is 99.99 percent effective on Covid-19.”

Talking about future plans, the duo say they want to contribute to the Turkish Space Agency.

Moreover, they suggest they can also produce DSA (MMO) Titanium electrode technology produced in a limited number of locations on earth.

“There are even countries that are not allowed to buy this material because it is also used in the production of hydrogen gas. We've produced it, and the test results were very successful,” they said.

“It is produced in Turkey at half price, it has both a price advantage compared to its imported counterparts, our supply speed is also much higher. It has antibacterial properties, most importantly, these electrodes can work in acidic environments,” the Gurcay brothers added. 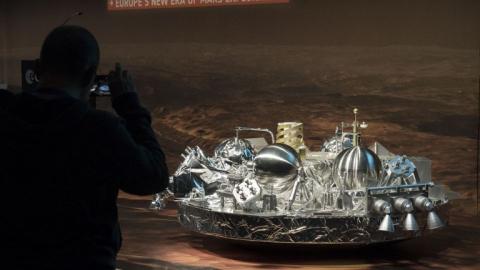 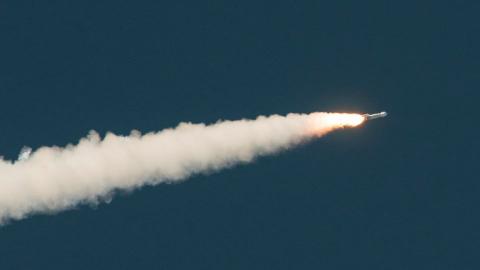 NASA launches probe to search for origins of life 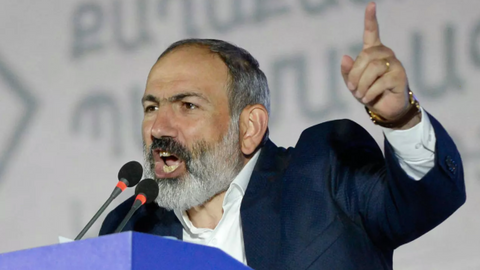