From Singapore to Greece to the US, governments are using the pandemic as cover to go after migrant communities.

Migrants across the world are increasingly at risk of contracting the coronavirus with national governments slow to include them in their fight against the pandemic.

The International Red Cross and Red Crescent Movement (ICRC) has appealed to governments to do more to help migrants.

"Only by including all members of society, irrespective of legal status, can this unprecedented public health situation be addressed effectively," said Christine Cipolla, one of the ICRC's regional directors.

Singapore, a country that was initially lauded for its swift measures against the spread of the coronavirus, has over the last month seen a dramatic increase in infections.

In April, according to data from Johns Hopkins University, the country went from less than 1,000 cases to now almost 20,000 infections.

The sudden rush of infections largely emanated from a cluster of immigrant dormitories which made social distancing impossible and provided a perfect incubation, with workers tightly packed in confined spaces.

The virus has also put the spotlight on poor working conditions faced by migrants, with those living illegally in the country afraid to seek treatment.

Singapore’s neighbour, Malaysia, has reportedly been rounding up migrants in a bid to contain the virus. The UN warned the country, telling Malaysia the cramped detention centres were not the answer to the country's fight against the virus.

In a statement, the UN said: “The fear of arrest and detention may push these vulnerable population groups further into hiding and prevent them from seeking treatment, with negative consequences for their own health and creating further risks to the spreading of Covid-19 to others.”

Greece, a country that has become one of the main points of entry in the European Union, has seen cases of migrants contracting the virus in makeshift camps.

The International Organization for Migration (IOM) has warned Greek authorities that leaving migrants outside of the response to the pandemic risks all of society, stressing “immediate inclusion of all migrants in the national response to Covid-19”.

“Everyone is at risk. Migrants and refugees in Greece are susceptible to the virus as much as the Greek community” said Gianluca Rocco, Chief of IOM’s Mission in Greece.

“It is critical that everyone, including migrant and refugees on the mainland and the islands, are ensured equal access to health services, including prevention, testing and treatment, especially in times like these.”

Members of fascist group #GoldenDawn attack #refugees in #Mytilene, #Lesvos by throwing fire crackers, rocks and flares at them injuring 3 so far. People try to protect themselves and their children by holding up blankets and cardboards. https://t.co/d3wNviJaem
h/t @EricKempson pic.twitter.com/lhpweQAaBw

Greece’s poor treatment of migrants has regularly featured in reports as the government has sought to make the country unwelcoming to would-be refugees and far-right groups have used the hostile climate to attack camps.

Last night, refugees on Lesvos, Greece faced a terrifying night of attacks by a far-right mob. Around 200 far-right demonstrators attacked the refugees, who had spent the week peacefully protesting in the capital Mytilene. pic.twitter.com/zR29wgTMq3

Over the weekend, Greece has managed to relieve pressure on camps by transporting some migrants to the mainland after the EU intervened. This initial step by Greek authorities still leaves thousands of migrants languishing in camps.

Malta, another EU country, has been keeping migrants out at sea refusing them entry into the country, citing the coronavirus outbreak.

Prime Minister Robert Abela recently said: “This is not Malta's problem, although we are doing more than is expected of us. Other EU member states must shoulder the burden too. Malta and Italy cannot be left alone."

Similarly, the Trump administration has used the fight against the coronavirus as a cover to go after migrants.

The international human rights body Medecins Sans Frontieres (MSF) has found evidence that immigration authorities in the US and Mexico stopped processing refugee applications which threatens their lives.

“Asylum seekers from Central America have been forcibly returned from the US to Mexico, under the justification of stopping the spread of the coronavirus outbreak,” said MSF.

“This forced return of people seeking safety threatens the health of thousands of people and goes against disease outbreak prevention measures” added MSF. 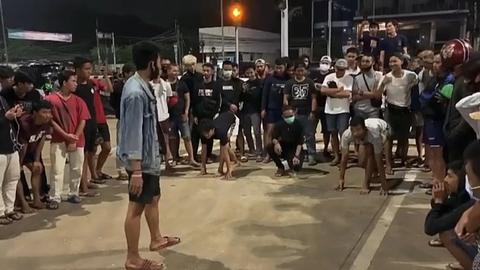 Bored of the pandemic, Indonesians compete in night running 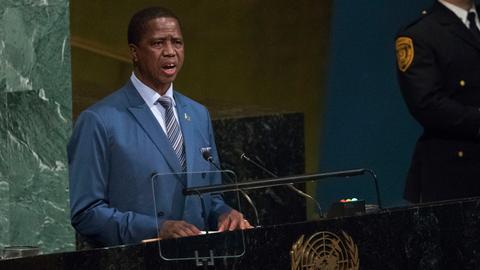 Will Zambia be able to stand up to private creditors?

Should France return ‘stolen’ African art? One activist thinks so