On Kashmir's border of despair, widows of insurgents resist victimhood

In the village of Dardpora, hundreds of women live in isolation. Their husbands were killed fighting against Indian rule in the disputed Himalayan region. Now the widows receive little social or financial support.

After prayers, Begum makes breakfast – chapattis and tea – and also cooks dal and white rice for their lunch. She then kisses her sleeping son's forehead, and tells her sister-in-law to look after him. He will wake up later. By 7am, she begins her trek.

Every day, Begum walks uphill for about 30 minutes to reach her farmland. Ever since her husband Salam-ud-din Khatana was killed by the Indian military in 1995, she has been farming on her own.

"The lone fight for survival brought me to farming," she says. "I find my peace here."

Begum is one of hundreds of widows living in this high-altitude, isolated village whose men were killed fighting against Indian rule in the disputed Himalayan region of Kashmir. The conflict between armed militants and the Indian forces began in the early 1990s.

Her husband, Khatana, was a member of Hizbul Mujahideen, the region's largest indigenous rebel outfit. He had voluntarily crossed over to Pakistan for arms training in 1992. He was killed in 1995 with four other rebels on the Line of Control (LoC), the de facto border with Pakistan.

The LoC in north India's state of Jammu and Kashmir is dotted with high military check posts and barbed wire. During the height of the insurgency, it was a transit point for the Kashmiri youth to cross over to Pakistan for arms training, come back home, and fight for Azaadi, which means freedom in Kashmiri.

No other village in Kashmir has been so severely traumatised by the conflict as Dardpora: over 300 war widows and their distressed children live with heavy military presence, along the boundary where the violence never stops. Dardpora, or the "Home of Pain," has become a symbol for these widows; over the past two decades, they have come together to form a unique bond, finding strength in each other's losses, hopes and survival.

Their livelihood depended on their husbands' income, which had come from farming, and collecting firewood from the forests. With their husbands gone, these women have taken the lead.

Before Khatana joined the ranks of the insurgency, he used to take care of the farming and support the family financially.

"I would be always home like a queen," his widow says. "Now, I have to go to the farm regularly and make sure that the crop grows."

Begum has few resources and can't afford to hire any labourers. Instead, fellow widows in her neighbourhood help her with planting seeds and spraying fertilisers. Her brother does the hard labour; he ploughs the land with a pair of oxen for her. She returns the favour by working her brother's field and the fields of the other women too. The women in the village mostly grow rice, maize, walnuts, and pears.

Another challenge is the shortage of water here. The village lies in a drought-prone area.

"It would be very difficult to farm without other women's support," Begum says. "We help each other as we better realise each other's problems."

And Begum worries about her son. Jafar Khatana, who is now in his early 20s, is visually impaired. His handicap has left him homebound.

When Khatana was still alive, his family paid the price.

"The army would barge into my house and ask for weapons," Begum says, narrating the time when her husband was a militant.

After his death, she struggled to live in the isolated house, which was close to dense woods and ringed by snow-clad mountains. She was frequently intimidated, harassed, and accused of aiding and abetting Kashmiri rebels.

India shares 3,323 kilometres of its borderland with Pakistan, including the highly restive LoC in the contested Jammu and Kashmir regions.

To suppress popular revolt, India has turned Kashmir into the world's most elevated militarised zone. There are about 650,000 to 750,000 Indian armed forces deployed there, fighting insurgents who have never numbered more than 3,000.

After facing several military raids, Begum says, she abandoned her home and moved to her brother's house, a few miles away.

"I still haven't grieved properly," she says. "I keep trying to find things to cling to."

The armed conflict has affected women and children more than any group or class, especially widows and orphans, writes late sociologist Professor Bashir Ahmad Dabla in his book, Social Impact of Militancy in Kashmir. He put the figure of widows at 32,000 and orphans at 89,000.

These survivors, Dabla argued, are the most hard-hit sufferers of the conflict. He noted the grim conditions – economic destruction, educational backwardness, mass psychological depression, mental and physical health deterioration, dehumanisation – of families such as Begum's, so often deserted by both the government and society.

In Dardpora, however, Begum's suffering becomes a universal experience, in the sense that so many other women here share the same kind of pain.

"I have single-handedly prepared a list of over 280 such women from this village," says Ghulam Nabi Mir, a former Sarpanch or village head. "Hardly any people came forward to help. Widowhood is not just a personal loss, it is a societal loss."

The United Nations Security Council has underscored the need to survey and compensate women in Jammu and Kashmir whose husbands have been killed or maimed. It emphasised that the targeting of women should be made a war crime.

The widows, however, receive little assistance – psychological or financial. Begum's visually impaired son has never had the chance to attend school.

"There isn't any school for him," she says.

Neither can she afford medical treatment for her son.

After the death of their father, orphans face psychological setbacks, economic hardships, denial of love and affection, and apathy by relatives and friends, according to Dabla's sociological research in the community. The sociologist found that only eight percent of the war widows in Kashmir have remarried or intend to remarry, while 91 percent have not remarried for the sake of their children.

Begum is one among 91 percent of such widows.

"I am both his father as well as mother," she says. "And I have to live with it."

Hashmat Ali Yatoo, Kashmir's head of Social Welfare, says there is a rehabilitation council in place to look into the issues faced by the widows of militants.

The widows, he says, get a monthly allowance of 1000 Indian rupees ($15). But, according to Begum and others interviewed, they don't receive this amount in time, which compounds their problems.

"Yes, the delay does happen because there are a lot of pending cases that we need to clear," Yatoo says. "But we try our best to ensure that the allowance reaches them."

Women in wartime show tremendous courage and resilience as survivors and heads of households despite little awareness and social constraints, the International Committee of the Red Cross (ICRC) reports. The ICRC notes that armed conflicts have created large numbers of female-headed households where the men have been conscripted, detained, displaced, have disappeared or are dead.

A few doors down from Begum's house lives another widow, Shahzada Peer. A mother of two daughters and a son, Peer said she had to abandon her home too as the army frequently barged into her house, searching for her rebel husband, Ghulam Nabi Peer, a Hizbul Mujahideen militant like Khatana.

"The army raided our house many times," Peer, who's now 60, says. "They broke the windowpanes and threw our utensils outside."

Under India's Armed Forces Special Powers Act (AFSPA), the military and police forces have unlimited and unquestionable powers to carry out operations. The army is authorised to raid homes and arrest Kashmiris without warrant, destroy homes and villages, and shoot and kill unarmed civilians.

"Losing a husband is a grief for a lifetime," Peer says. "When anyone among us feels disheartened, we visit each other. It is with each other's moral support that we see a ray of hope in tomorrow."

Widows like Begum and Peer are like sisters – consoling and comforting each other amid a maze of sorrow and grief, finding ways to manage things in a collective way. Trust in each other gives the women in the village a sense of sisterhood due to their shared pain. Peer raises two sheep, manages a vegetable garden and farms rice on her small piece of land.

"I don't want my children to be pitied anymore," she says, collecting vegetables in a basket. "The idea behind what I do is to be self-reliant."

In Kashmir, the word for a widow is moend. In socio-cultural rituals, moends are considered "inauspicious," a stereotype that has pushed many of them into isolation.

The Jammu and Kashmir state government has reportedly recorded a total of over 43,000 people killed from 1990 to 2011, the India branch of Amnesty International mentions in a report. Of those killed, 21,323 were said to be militants.

The families of militants suffer immensely at all levels, says Abdul Qadeer, who runs People's Rights Movement (PRM), an organisation of former local militants. "Children are the worst hit. Their past is already involved and they are not even spared to find hope in the midst of difficulties."

"A widow is seen as a bad omen," Qadeer says. "Without a husband, they lose not only their status but also freedom outside the home because of cultural and societal pressures."

This article was reported with the support of the International Women's Media Foundation through the Howard G. Buffet Fund for Women Journalists. 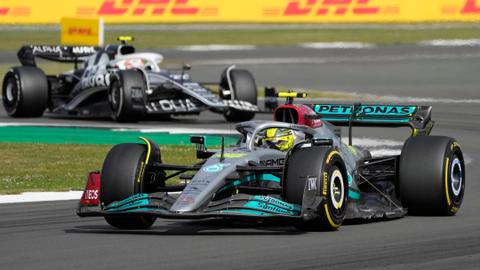