1
Climate crisis the reason for Northern Hemisphere drought: study
2
Laughing gas could be a sign of life in space
3
How Türkiye’s abundant boron reserves are fuelling the future
4
MidCat pipeline: Is the French dilemma worsening Europe's gas crisis?
5
Why is the US sending world's biggest warship to North Atlantic?

Campaigners in the UK have secured a major victory for the global Boycott, Divestment, Sanctions movement (BDS) against Israel over its treatment of occupied Palestinians.

On Wednesday the British Supreme Court ruled that the government could not ban public authority pension schemes from engagement in ethical divestment policies targeting Israel.

The decision reversed a 2016 government ban preventing local councils from taking part in the BDS campaign and other boycotts that run contrary to UK foreign and defence policy.

Legal action against the decision by the Palestine Solidarity Campaign (PSC)  and other groups was previously successful in the UK High Court but a Court of Appeal decision ruled in favour of the government. The Supreme Court decision is final.

The initial government action came after councillors in local government authorities in several UK cities started passing motions forcing their pension funds to divest from companies complicit in the Israeli occupation of the West Bank, Gaza, East Jerusalem, and the Syrian Golan Heights.

BDS is a grassroots international campaign that encourages ethical divestment from companies that financially back the Israeli occupation of Palestinian territory in the hopes that it will reverse Israeli behaviour.

The judges’ decision confirms the right of pension fund members to decide where their money can be invested.

PSC chair Kamel Hawwash said: “This historic victory represents a major win not just for the campaign for Palestinian rights, but for the fundamental principles of democracy, freedom of expression and justice.”

Lawyer Jamie Potter, of Bindmans LLP, representing PSC said: “LGPS (local government pension scheme) members now have the freedom to pursue their own principles in respect of the role of the arms trade and foreign countries in violations of human rights around the world, when determining how their pension monies are invested.”

In recent years, countering the BDS movement has become a top foreign policy priority for the Israeli government with its leader Prime Minister Benjamin Netanyahu describing the campaign as a ‘strategic threat’.

Israeli diplomats and lobby groups have urged allied governments to enact legislation banning acts of boycott targeting Israel but such acts even when passed have run into legal issues.

In the US, such attempts run the risk of violating constitutional protections on free speech and the right to protest.

Israeli officials argue that their state is being unfairly targeted but boycott advocates say that the campaign is the best way of pressuring Israel to stop its abuses against Palestinians. 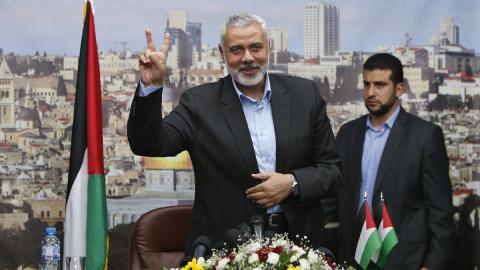 1
Climate crisis the reason for Northern Hemisphere drought: study
2
Laughing gas could be a sign of life in space
3
How Türkiye’s abundant boron reserves are fuelling the future
4
MidCat pipeline: Is the French dilemma worsening Europe's gas crisis?
5
Why is the US sending world's biggest warship to North Atlantic?