Despite the odds, millions of people around the world mobilised to demand more just, equal and sustainable societies during the pandemic.

As Covid-19 spread around the globe, exposing and intensifying existing fault-lines in societies, governments used the pandemic as a pretext to clamp down on civic freedoms and introduce rights restrictions, sparking protests across several countries.

Despite the odds, millions managed to mobilise through the power of collective action and demand their voices be heard on a plethora of issues, as global civil society alliance CIVICUS highlights in their annual State of Civil Society Report 2021.

Looking back on a “year like no other,” the report examined major events that involve and affect civil society around the world.

The mass mobilisation which made the most headlines was the resurgence of the Black Lives Matter (BLM) movement to end systemic racism and police brutality in the US, triggered by the killing of George Floyd in May 2020.

An enduring wave of anger over the realities of racism spread worldwide, to countries as diverse as Colombia, the Netherlands and South Africa, as the public discourse shifted from discussion of racial discrimination as an individual problem to “focusing attention on political, economic and social structures that perpetuate white supremacy and enable police brutality.”

The determination to end police brutality resonated especially in Nigeria, with the #EndSARS campaign. While in the UK, protestors toppled statues that symbolised the memorialisation of racism.

“Globally, the movement [BLM] exposed entrenched patterns of exclusion and long-running endeavours to overcome them, and recruited new support for those struggles,” the report said.

Alongside this, the impact of the pandemic upon the life and rights of excluded groups – like women, refugees, and LBGTQI+ people – saw many campaigns mobilise to call attention to problems like gender-based violence, denial of reproductive rights, xenophobia and homophobia.

Under the cover of its second wave lockdown, Hungary excluded LGBTQI+ couples from adoption rights.

A number of protests came as people responded to the impacts of emergency measures on their ability to meet essential needs. Many put their bodies on the line to oppose abusive power, corruption and the corporate capture of democracy.

In India, the largest coordinated strike in history was led by farmers in response to the government’s introduction of three new farming laws that would deregulate the sector. Exposure of widespread corruption in Russia brought people to the streets, who were then met with repression.

Civil disobedience against the military was offered in Myanmar, while dreams of democracy were deferred in Algeria, Belarus and Hong Kong. Demands for economic rights and environmental defence came together in Indonesia, where mass protests mobilised throughout 2020 against labour law changes.

Meanwhile, environmental activists took urgent action to keep the climate crisis in the spotlight, with protests against coal investments in Japan and anti-pipeline demonstrations in Canada.

“People continued to show extraordinary bravery, taking to the streets in the face of great odds, keeping alive hopes for change,” the report’s authors said.

The pandemic presented a stress test for political institutions as attacks on democratic freedoms accelerated, while international cooperation that was needed to respond to a global challenge was found wanting given the practice of vaccine nationalism.

Instead, many states asserted top-down strategies and took on broad emergency powers, in the process ramping up censorship and expanding surveillance practices that trampled on privacy rights.

“States increased their coercive power, unleashing violent enforcement of restrictions on movement and suppressing protests, treating the public as targets for enforcement measures rather than partners in defeating the virus,” the report stated.

People defied repressive state power in places like Lebanon following the deadly Beirut port blast, and in Thailand where protests demanded a reckoning with royal power. Divisive far-right politics, while resisted in the US after the election of Joe Biden, continued their march across Europe in Poland, Serbia and Slovenia.

Despite difficult conditions and as civic spaces were being further tightened by new pandemic-related measures, civil society stepped up to fill the gaps left by state and market failures – providing people with vital services like food, medicines and sanitary supplies to people most in need.

“People’s experience of the pandemic would have been much worse without this civil society response. The lesson must be that an enabled civil society is a vital part of the social fabric and a source of resilience in times of crisis, and should be nurtured rather than repressed,” the report added.

Looking ahead, the report states that “while there have been gains as well as losses, overall, conditions for civil society have worsened.”

“Hope that rising global south economic powers, such as Brazil, India and South Africa, could play a greater role for good, drawing from their histories of struggles for democracy and human rights to support democratic values and enable civil society, has dissipated.”

CIVICUS called on states to reverse temporary rights restrictions imposed under the pandemic at the earliest, and urged them to respect human rights and democratic freedoms. It asked the international community to do more to uphold norms on civic freedoms and support peaceful assembly.

“The lesson of the past 10 years is that no change comes without being demanded, and that huge numbers can make a difference,” it concluded. 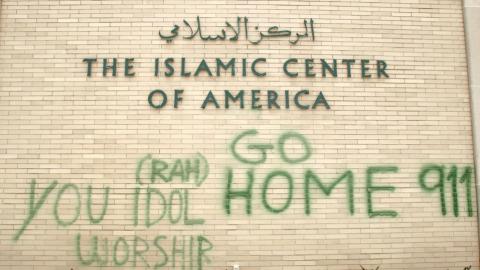