North African nation is divided over digital survey seeking citizens’ suggestions on changes to the constitution.

The launch of an online public consultation over proposed constitutional changes in Tunisia has sparked a debate in the North African country,  with the process leaving grey areas in the midst of political uncertainty even after President Kais Saied announced a roadmap out of the crisis.

Coming just over a decade after a citizen of the country sparked off the historic Arab Spring protests, President Saied’s move is being seen as revolutionary by many, but for many Tunisians, it might turn out into just a cosmetic exercise to prop up the embattled leader’s political fortunes.

The digital drive, titled “Your opinion, our decision”, was launched on January 15, with the aim to collect citizens’ suggestions regarding political reforms. The process was put forward by President Saied ahead of a referendum on a new draft constitution planned for July 25, a day that marks the completion of one year after the president dismissed the government, suspending parliament and seizing full powers.

The unprecedented initiative, which runs through March 20, is the first stage of a roadmap announced by President Saied on December 13.

He said that there would be an online public consultation on revising the Tunisian constitution; that a committee would be appointed to draw up the suggested amendments before the constitutional referendum in July; that new parliamentary elections would be held on December 17, the date declared as the official "anniversary of the revolution".

The consultation includes — politics and elections, economy and finance, society, development, health, education and culture. Each topic also has questions with a space for free expression.

To voice their opinions, users are required to register on the portal with their national identity number, requesting a secret code which will be sent on their mobile phone by SMS, a system that has raised issues with security and protection of personal data.

“I’m not sure how this is confidential, I’m not ready to give my details and then be identified by my personal ID,” Olfa, a middle-class citizen who preferred to withhold her surname, told TRT World.

An idea without substance?

Though not confident about the purpose of the online exercise or the process, she took the initiative to access the platform through her brother’s phone number and then shared the questionnaire on Twitter in order to show users how to participate, what are the questions asked, and the technical problems encountered.

She cited a few troubles such as having to log in with a different secret code every time after disconnecting and being forced to refill the survey as there was no ‘save’ option.  She also pointed out that participants had no way of keeping records of their entries and were potentially left with no basis to discuss the opinions nearer the time of the referendum as citizens are unlikely to remember the answers entered.

In referring to the questions, Olfa said that some are challenging or too difficult to answer for the average citizen either due to the complicated phrasing in Arabic, or because some users are not sufficiently educated to understand properly what is being asked, or that certain questions may elicit more than one response.

She also mentioned that in some parts of the questionnaire users are asked not only to state challenges in their region, which can be later used for local action plans, but also propose solutions for those even though ordinary people would not necessarily know how to respond, not having technical knowledge in the various fields covered by the survey.

One main point of criticism is the imbalance in Internet coverage and education across the country’s population. Only 45 percent of Tunisian households are connected to the Internet, and nearly 18 percent of the population are illiterate, meaning that the consultation process will likely exclude a substantial portion of Tunisians.

Authorities reassured that those without Internet access will be able to give their views to local committees across the country.

Another major issue raised by critics is that the electronic consultation cannot replace a national dialogue, which the president has repeatedly promised to organise in the past months.

There were many who were enthused by the drive.

“The remarks registered by citizens will reset things to zero. Changing the political system, which is the main axis of the consultation, reflects what the majority of Tunisians want,” a 50-year-old bank manager who used the initials H.F.  to protect her identity told TRT World in Tunis.

She intends to take part in the survey soon, and only has some reservations about the detrimental effect of uneducated users being persuaded to voice their views one way rather than another.

Houda Toumi, 48, an activity leader at a nursery school, is not planning to complete the questionnaire though she supports the initiative and any decision made by the president.

“I fully trust Kais Saied as a clean, honest person. I’m sure that if the consultation won’t bring a result he will say it publicly and propose another idea,” Toumi said, sitting at an outdoor cafe in the Tunisian capital. She is more concerned about the mentalities among those Tunisians who are partaking in the exercise.

A couple walking down Habib Bourguiba avenue in Tunis had opposite views on the survey. Nizar K., 34, a Tunisian National Guard officer, has already completed the online survey though his partner Chaima N., a 24-year-old business student, is hesitant to register, not knowing what impact the results of the consultation will have.

“I decided to participate because I consider it a citizen’s duty,” Nizar said, adding, “It’s a good way to set out what are the outlines of the national project at least”.

On the other hand, he suspects that the initiative is mainly intended to build a positive public image of the president’s roadmap.

Chaima slammed the lack of inclusion in the process. “The accessibility to the platform is inequitable, there are regions cut off from Internet coverage,” she said.

“As for the illiterate people, their opinions can be influenced by others who are trying to help them to fill in the questionnaire,” the student added.

Olfa expressed similar concerns regarding the risk of bias or influencing answers provided by uneducated citizens.

“Volunteers who are supposed to assist in explaining what is asked in the electronic form would translate from Arabic into Tunisian dialect and end up providing their own interpretation, or formulate leading questions and therefore orient their answers,” she said.

Mohamed Naji, 70, does not have a clear stance on the questionnaire as he had very little information about it.

“I’m aware of this platform but don’t know anything about it. I don’t have Internet access, and haven’t found any scheme to guide me through the portal,” was his instant reaction when TRT World approached him on one of the main streets in Tunis.

In downtown Tunis, Abdelwahab Ben Moussa, a 52-year-old computer engineer, warmly welcomed the initiative as a first-ever opportunity of registering proposals from citizens.

“What we’ve been missing until today is a leadership that attempts to understand what people think, and does not impose decisions contrary to their aspirations,” Ben Moussa said, although anticipating that the suggestions gathered may not be taken into consideration to feed into the drafting of the new constitution.

Keeping his doubts aside, he places trust in the presidential strategy, however.

For Olfa, one critical problem is ignoring where the consultation process is going to lead the country to.

“I don’t see the real value of giving my answers, I have no idea of how they would be used and what impact they might have,” she argued.

The corruption watchdog group, IWatch, has denounced the lack of transparency over those involved in the development of the platform, preparations of the questionnaire and axes of the consultation, and what results and statistics will come out of the questionnaire. The organisation also criticised the lack of representativeness of the population diversity in the national consultation.

The platform has recorded around 98,000 participants as of now, with over 77 percent of men represented, almost half of them belong to the age group of over 40 years and only 18 percent are in the range of 20-29.

The churning in the country is happening in the context of a political system in which all power is concentrated in the hands of Saied. Time will tell whether the consultation will be enough to alleviate the explosive political climate in the middle of growing socio-economic unease, or will prove to be an idea without real substance. 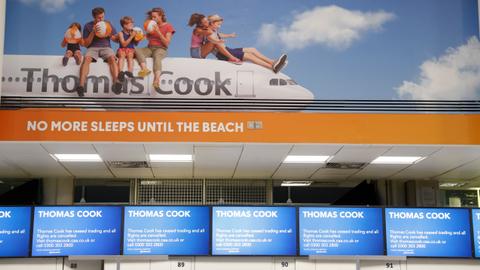