Syrian refugees at Greek border: 'We will wait here until the border opens'

1
Why Kyrgyzstan's constitutional amendment is supported by its people
2
Dominic Ongwen: the story of Uganda's notorious LRA commander
3
CureVac can be refrigerated, raising hopes for the unvaccinated world
4
Sharing patents alone won't solve global vaccine shortage, say experts
5
What the earliest known burial discovery in Africa tells us about humans

Some hoping to reunite with their relatives, some dreaming of well-paying jobs, each Syrian refugee TRT World spoke with at the Turkish-Greek border has a reason to take refuge in Europe.

Sitting in the mud, with nothing but a piece of plastic over their heads, Mohammed and his family are waiting at the Turkey-Greece border. His wife, his children, his mother and his siblings. Twelve of them are making the journey together.

“We saw on the news that the border had been opened on Thursday night. After that, we rushed to arrive here as soon as possible. We arrived at the border by Friday at noon, and since then we tried to cross several times. Turkish security forces let us pass, but the Greek security forces used tear gas and gunshots. We couldn’t cross and we had to spend the night outside, here right next to the fences at the border,” said Mohammed.

Mohammed used to work as a truck driver before the war started, but eight years ago he was injured in a Syrian regime attack in Aleppo. After that, they fled to Turkey. And since then, his two sons have become the breadwinners of the family.

The family’s two boys, Ahmad and Khaled, worked in textile up until recently. Khaled, 14, says they lost their jobs because they didn’t have work permits. They say now that they don’t have any other option other than seeking refuge in Europe.

"We like Turkey, we like the Turkish people, but here we cannot make our ends meet. Life is too expensive, that’s why we want to go to Europe. We already have relatives in the Netherlands. We want to join them." says Mohammad.

But the conditions at the border are not easy.

"We spent the night here, outside. There was no shelter, and there was mud everywhere. It has been raining all night. We are cold and we have little food with us,” says their mother Fatma. Even though the Turkish Red Crescent and the UNHCR trucks have distributed food for the refugees stuck at the border, she says they couldn’t manage to get any because there were too many people.

According to Turkey's Interior Minister Suleyman Soylu, 76,358 refugees have crossed the border until Sunday morning.

Greek Prime Minister Kyriakos Mitsotakis tweeted on Friday, "No illegal entries into Greece will be tolerated.”

Despite Athens tightening border controls, Mohammad is determined to move ahead. "We will wait here until the border opens,” he said.

The number of refugees waiting to step onto the European soil has swelled from a few hundred to tens of thousands since Thursday. 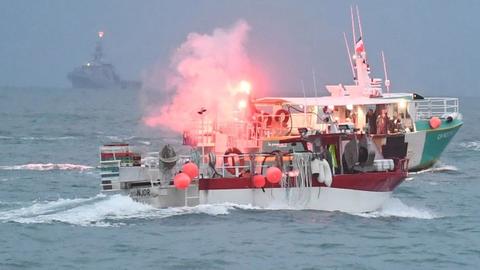 French blockade of British Jersey island 'like an act of war' 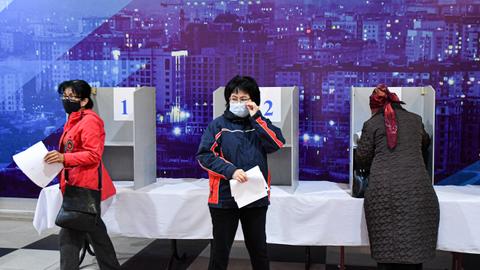 1
Why Kyrgyzstan's constitutional amendment is supported by its people
2
Dominic Ongwen: the story of Uganda's notorious LRA commander
3
CureVac can be refrigerated, raising hopes for the unvaccinated world
4
Sharing patents alone won't solve global vaccine shortage, say experts
5
What the earliest known burial discovery in Africa tells us about humans