Mexican drug cartels are increasingly making use of Israeli spyware as they attempt to stay one step ahead of the government and journalists.

An investigation has found that journalists in Mexico are increasingly falling prey to Israel spyware that is being used by the state apparatus, even falling into the hands of some of the country’s most dangerous drug cartels.

The investigation, known as Cartel Project, an initiative coordinated by Forbidden Stories, found that leading Mexican journalist, Jorge Carrasco, has become the latest victim of such Israeli spyware.

NSO Group, is an Israeli based spyware firm synonymous with selling sofware around the world, sometimes to authoritarian countries. NSO has been accused of, among other things, selling the hacking tool to places like Saudi Arabia and the United Arab Emirates, who have used it to spy on regime opponents.

Over the last decade, Mexico has become a lucrative market for technology companies wishing to sell hacking software - the NSO Group is just one of more than 25 private security companies selling this software to Mexico.

When the high profile Mexican journalist Carrasco received a text message to his phone, little did he know that when he clicked the embedded link, the software sucked out the phone’s data including text messages.

The results are part of an investigation also conducted by Amnesty International’s team of digital security specialists in collaboration with Forbidden Stories.

According to the findings, the invisible software “also enables the microphone and camera to be activated remotely—a formidable threat for a journalist.”

“The message that we recovered was likely part of an ongoing campaign that was happening in Mexico throughout that particular period of time,” said Claudio Guarnieri of Amnesty Security Lab to Forbidden Stories.

The finding dates back to 2016, however, the analysis was only recently carried out.

“The targeting was not only extensive, but it was often done in a fairly reckless way with alarming and upsetting messages used to try to speed the malware targets into clicking,” said one of the experts.

Among Mexican officials, Israeli companies are seen as particularly effective in operating spyware, and while companies are also used, Israeli firms stand out.

In 2014, the NSO Group signed a $32 million contract with the Mexican state, providing spyware that would later also be used against opposition voices.

“In Mexico, it’s typical for the security and intelligence community to think that Israel has the most advanced technologies and the best techniques for civilian and military training,” said one security analyst to Forbidden Stories.

Almost eight have been killed in Mexico this year making the country one of the deadliest in the world for reporters.

According to reports, it is not unusual to have government officials reselling spyware to cartels.

One such example emerged when the feared Sinaloa cartel leader, Joaquin Guzman-Loera, also known as El Chapo, was put on trial. An engineer working for the drug baron said that he had bought “interception equipment that allows access to phone calls, the internet, text messages.”

By some estimates, Mexican drug cartels can expect to rake in more than $500 billion per year making the purchase of spyware a relatively inexpensive ordeal for cartels.

Mexico does not have a clear legal framework in which spyware can be used, making their use in the country particularly controversial.

But the lack of legal oversight has also allowed them to become ubiquitous and fall into the hands of cartels, adding an additional layer of danger for those working to hold corrupt officials accountable. 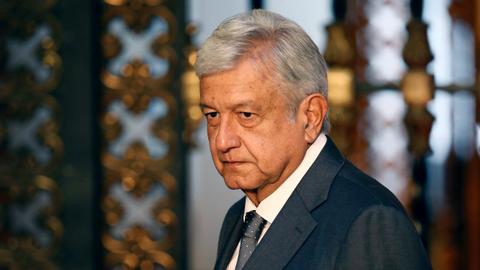