1
Israeli aggression in Jerusalem inspires unity across Palestine
2
Kim Kardashian named in international art smuggling row
3
Is Iran using an activist's detention to secure $554 million from the UK?
4
Survey: Majority of Turks don't see the US as their ally
5
No papers mean no exams for Syrian refugee children in Lebanon

The scientists of the Turkish Antarctic expedition have taken up the arduous task of drilling the ice to extract time capsules. Each capsule reveals what the earth’s climate was like when they got trapped in the icy continent. Here's an update.

I’m fast realising that Antarctica is the world’s largest and most magnificent museum in the world. It’s a place with exhibits ranging from millions of years ago to the present day. And it’s only taken one island sitting inside the Antarctic Circle for me to realise it. Here’s a story of two time capsules.

Exhibit One: A bubble

We’ve spent the last few days on Horseshoe Island with Dogac Baybars Isiler, Adil Enes Arsalan and Hakan Yavasoglu on the face of an enormous glacier. Their job has been to collect chunks of ice, and by doing so they can build a picture of what our planet’s climate was like tens of thousands of years ago and what it might be like in the future. Let me explain.

It’s back breaking work carrying a drill up a mountain of ice. But that’s exactly what Dogac, Adil and Hakan had to do – and here’s why. Each time it snows here in Antarctica tiny pockets of air get trapped. Over time the snow turns to ice, and with each new snowfall the bubbles get deeper beneath the surface.

Our scientists need to get a hold of the bubbles. They contain the secrets they’re looking for. The drill allows them to collect samples of ice from deep inside the glacier. The deeper the ice sample, the older the bubbles they contain. Each bubble of air tells us what the earth’s climate was like when they got trapped. They’re perfectly preserved time capsules. And by studying bubbles from a range of depths you can analyse how the world’s climate has changed over time.

These new-found bubbles will be taken back to Istanbul to be studied – but scientists have been working on this method for the last 50 years. The picture they’ve drawn is staggering. The world’s climate has been gradually warming for the last few thousand years. But the speed of warming over the last 100 years has been faster than any other recorded time. Individually these bubbles give us a snapshot of a past era, but together they can tell us about the future of our planet’s climate.

On Horseshoe Island there’s another time capsule that has piqued the interest of our group.  This one is a British research base largely untouched since the 1960s. It now acts as a window into life as one of those pioneering polar scientists all those years ago.

Base “Y”, as it’s known, is a wooden hut that was used as a research camp by British scientists between March 1955 and August 1960. It was used again for just four months in 1969, but since then it has been left unused and idle.

With the windows shuttered up, you have to navigate your way through the rooms by torchlight. The furniture is all as it was back when it was occupied. Chairs still circle the wood-fired stove. Pillows still sit plumped up on the rows of bunk beds. On the shelves there’s a very British array of foods. Smedley’s Garden Beetroot, Hayward’s Military Pickles, Pearce Duff’s Custard Powder. And Marmite and Bovril of course.

It’s amazing to think of the challenges that these scientists would have faced all that time ago. The island is remote now. Back then it would have been even more distant. More than 50 years later, the research they did on Horseshoe Island serves as inspiration to the Turkish scientists now working here. 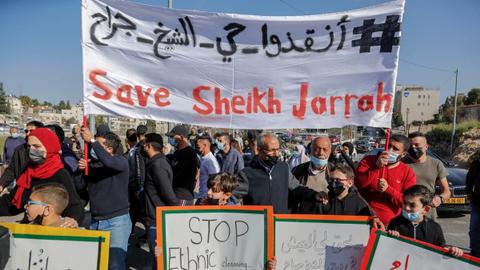 1
Israeli aggression in Jerusalem inspires unity across Palestine
2
Kim Kardashian named in international art smuggling row
3
Is Iran using an activist's detention to secure $554 million from the UK?
4
Survey: Majority of Turks don't see the US as their ally
5
No papers mean no exams for Syrian refugee children in Lebanon