1
Gulsin Onay plays Beethoven with a deep love in her heart
2
US watchdog finds Saudi-UAE arms sale failed to assess threat to civilians
3
A vet sets up a wildlife rehab, and more, in southwest Turkey
4
Who are Hong Kong democracy advocates Jimmy Lai and Agnes Chow?
5
Where does Kamala Harris stand on key foreign policy issues?

Thousands of people have been killed since Riyadh started a relentless campaign of air attacks against the Houthi rebels in Yemen.

The United Kingdom is facing criticism from human rights campaigners for resuming the sale of weapons to Saudi Arabia, which has carried out a deadly air campaign in impoverished Yemen.

Last year, the London Court of Appeals halted the arms sale, saying exports could not start up again until an assessment was carried out to ascertain whether or not the Saudi government was breaching international humanitarian law.

The UK government says it carried out a review of how the weapons were being used and found only “isolated incidents” where the law had been violated- there was not, however, a pattern proving Riyadh had hit civilian targets.

“There have been hundreds of incidents - how many hundreds of isolated incidents before the government sees a pattern,” Andrew Smith, media coordinator of the Campaign Against Arms Trade (CAAT), tells TRT World.

It was CAAT which had taken the government to court last year.

Thousands of people, including women and children, have been killed since a Saudi-led coalition entered the Yemen conflict in 2015 against the Iran-backed Houthi rebels.

Human rights groups say that around 60 percent of the casualties can be traced back to bombardments carried out by Saudi and UAE jets. The relentless air attacks have hit schools, markets and homes - killing hundreds of civilians.

In the past five years, UK-based companies such as BAE Systems have sold more than $6 billion worth of weapons including jets and guns to the Saudis.

Despite the superiority of Saudi airpower, its military adventure has had little impact on the ground where the ragtag Houthi militia has taken control of key towns and installations.

But the arms and ammunition made in western countries have created a humanitarian crisis for ordinary people in Yemen, the poorest country in the Arab world.

The conflict has led to a famine - not least because Saudi air and sea blockades have stopped supply of food and medicine. Rights groups say that this is the biggest humanitarian disaster the world has seen in decades.

Saudi Arabia’s human rights track record came under the spotlight after Jamal Khashoggi was brutally killed and hacked to pieces inside the Kingdom’s consulate in Istanbul.

Some western governments, including that of Germany, have stopped selling weapons to Saudi Arabia.

Even though the low price of oil and the coronavirus pandemic has hit the Saudi economy hard, it remains the world's largest oil exporter and it has spent more than $60 billion on military expenditure last year.

A Stanford University’s study in the weapons that were deployed in the Yemen conflict, found that five attacks - including one in which an education facility was damaged - were carried out by UK-made weapons such as Paveway IV and “Hakim” precision-guided bombs.

The same report noted that US-made munitions were used in more than two dozen “disproportionate and indiscriminate attacks”.

“We now only want the UK to stop arms sales - that’s just the first step - we also want the UK to take action to stop other countries from selling weapons to the Saudi regime,” says Smith.

The argument that any prolonged disruption in sales can hurt the British economy does not stand as the defence export makes up only 0.2 percent to the economy.

“The arms industry employs a lot of skilled people. We want them to be used in other areas of engineering such as renewable energy,” says Smith.

Depending on the sources, between 7,000 and 68,000 people have been killed in the war, many in relentless Saudi air raids, which have at times hit unsuspecting civilians during funerals and weddings.

Save the Children, and NGO, estimates that over thirty children have been killed or injured on average every month over the past year in bombings from air raids.

This number is on top of what it reported at an earlier date about the 80,000 minors who died because of malnourishment between 2015 and 2018.

Saudi Arabia says that Shia Houthis are being financed and armed by Iran, which wants to increase influence in the region. Tehran denies the allegation.

Over the years, Saudis have violated international humanitarian law by using excessive air power, according to the UN.

Is Pakistan dependent on Saudi oil?

The Hindu temples built by Muslims in pre-colonial India 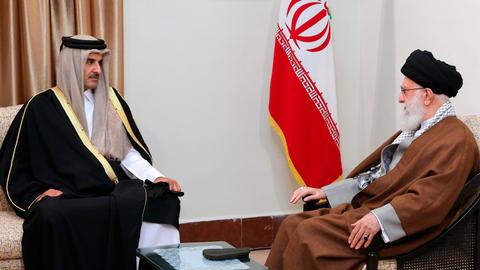 1
Gulsin Onay plays Beethoven with a deep love in her heart
2
US watchdog finds Saudi-UAE arms sale failed to assess threat to civilians
3
A vet sets up a wildlife rehab, and more, in southwest Turkey
4
Who are Hong Kong democracy advocates Jimmy Lai and Agnes Chow?
5
Where does Kamala Harris stand on key foreign policy issues?