The United Nations has a problem, and no one’s talking about it

Shaped by past inequality and colonial priorities, the UN has yet to confront the truth about itself, or distance its past from the reality of the present.

Amid a raging global pandemic that has affected every part of the world, the UN General Assembly is set to meet virtually as it marks 75 years since its founding, in what is being called a “diamond” anniversary.

The momentous event is overshadowed by a host of doubts and questions surrounding the UN’s effectiveness, some raised by its largest donors. In 2020, the United States pulled funds from the World Health Organization (WHO) for unobjective reporting on China’s ‘cover-up’ of the initial coronavirus epidemic in Wuhan, China.

But this was hardly the first shadow cast on the UN’s ability to function, or achieve results. If anything, aspersions and doubts have only multiplied over time.

Despite improvements in the fight against poverty, the UN and its myriad agencies are in a constant battle for increased funding, all in order to cover the spiralling costs of its missions on public health, peacekeeping, education and a countless amount of other initiatives.

Whether reduced global poverty can be linked to the UN or actions taken by its nation-states, remains up for debate. In terms of peace and security, however, the UN’s record has been nothing short of abysmal.

READ MORE: Twelve times the UN has failed the world

The litany of mistakes includes stalling over apartheid in South Africa, failing to prevent ethnic cleansing in Bosnia, genocide in Rwanda, occupation in Kashmir and Israel, genocide in Cambodia, as well as humanitarian disasters in Darfur, Iraq, Syria, Yemen, and Somalia. The list also includes a weak response during the 2008 financial crisis, and now during the Covid-19 global pandemic.

Throughout most of the UN’s history, the majority of its member states have repeatedly called for an enlarged P5, the five permanent members of the UN Security Council, representing the prime victors of World War II. In recent years, more pressure has come upon them to include new global powers such as Turkey, Germany and India, increase representational seats, include Africa, and altogether dilute the veto power held by the P5 which so often leads to stalemates on critical global issues.

Multiple reform measures taken by the organisation have been largely seen as superficial.

Sami Hamdi, Editor-in-Chief of the International Interest, spoke to TRT World about the root of the problem, and what can be expected from it.

“The United Nations reflects the power dynamics of the time of 1945,” he says, detailing the rise of empires that had asserted their dominance in two World Wars.

“In many ways, the UN continues to reflect the global dynamics of today. The members of the Security Council reflect the dominant spheres of influence in the US, Europe, Russia, and China, with the remaining members [are] considered as operators under or in between one of these spheres,” says Hamdi.

In the 75 years of its existence, nearly 80 former colonies gained independence. To avoid acknowledging this fact is to ignore the reality that permanent members no longer represent key global populations as they once did in the colonial eras.

For instance, in 1945, the P5 (US, UK, France, Russia and China) collectively made up more than 10 per cent of all member states, and held sway over at least 50 per cent of the global population.

But since then, that ratio has changed drastically.

The P5 now only makes up 3 per cent of the UN’s member states, and oversees only 26 percent of the world’s population.

In spite of attempts to add nonpermanent members to the UNSC, a eurocentric bias nonetheless lingers.

With 10 non permanent member states competing for the additional seats on the UNSC, and often spending millions in lobbying, European and Western representation nonetheless constitutes 47 percent of total seats. This is in sharp contrast to the 17 per cent of the global population they proportionately represent.

More critically, only large nations who can afford to compete and lobby at the highest levels retain their seats and influence. Japan has served on the UNSC for 22 years, with Brazil coming in a close second at 20 years. In Africa, on the other hand, Nigeria has a decade to its name.

The bias is all the more critical given its impact elsewhere, bringing unequal representation to other key positions such as the Secretary General (SG) position itself.

Since 1945, four UNSG’s have been white caucasian males. There has never been a Muslim SG.

Paradox at the heart

In spite of major demographic shifts in UN membership, economic distribution hasn’t shifted in the same way. If anything, economic inequality has worsened. For many, this raises a key question: is the UN reinforcing a global system based on economic inequality and exploitation, or liberating the world from it?

The question is hardly new. Renowned alternative economist, Arturo Escobar, raised it in his infamous book, Encountering Development: The Making and Unmaking of the Third World. Specifically, he questioned why after decades of UN development programmes, loans and aid, the developing world’s quality of life and happiness had only increased marginally.

More critically, he pointed out how the P5 didn’t have to give up their autonomy, whereas poorer states were made to submit to the UN in the name of development, and ultimately to the P5.

Statistics confirm that the UN has seen increasing economic inequality. In 1940, the P5s controlled 47 per cent of global GDP. In spite of the UN’s significant growth since this time, with the addition of 80 new members, the P5 controls 49% of GDP today.

But it’s not all doom and gloom. China is the P5’s only success story. It went from controlling 14 percent of the P5’s total wealth, to 33 per cent in 2020. The rest of the world is part of a UN led by a P5 that has scarcely changed in its 75 years.

Supporters make valid points about the overall success of the UN, which is distinct from the political and structural challenges it faces. It has achieved significant results in working with nations worldwide to mitigate and minimise climate change, in addition to carrying out at least 71 international peacekeeping missions, observing no less than 50 elections per year, and ensuring vaccinations for 58 percent of children worldwide.

At this point, detractors and supporters of the UN come to a crossroads of sorts.

Was it the P5 status that aided such countries to realising economic hegemony and dominance, or was it their economies that let them hold onto their all-powerful posts in the P5?

While critics and proponents of reform in the UN continue to argue these two viewpoints to this day, some take a different view. They focus on the UN’s unchanged structure itself instead of economics, criticising the UN’s inability to compel P5 countries to act in favour of the greater global good.

By the same token, the P5’s incompetence to counter economic inequality in the UN and world at large also reflects a deeply-rooted structural issue.

But this may be comparing apples to oranges, after all, it all boils down to the UN’s intent and design back in 1945.

At the time, the UNSC was formed on the basis of creating a collaboration between the great powers, not providing democratic representation to the world. Problematically enough, it turned a blind eye to colonial holdings and moral responsibilities from the very start.

Sami Hamdi says the issue is a lack of alternatives.

“If we accept that the UN is representative of the global dynamics, then the issue of lack of reform within the UN has more to do with the absence of a new or alternative bloc that might impose itself and force a debate over a reorientation of the UN that might lead to its subsequent inclusion onto the powerful Security Council,” he notes.

Hamdi is also careful to emphasise that in spite of its failures, the UN nonetheless “carries moral (and at times) legal authority that enables it to act as a viable broker and mediator between conflicting parties.”

Regardless of where the solution may lie, there is no denying that the UN will only see a growing disparity in representation and economics as it faces increasingly complex issues like climate change, public health and conflict in its next 75 years.

To date, few countries have outright critiqued the right to a permanent seat, nor the ability to veto on behalf of others. Even fewer countries have proposed veto systems based on merit with enforced guidelines of responsibility.

Hamdi says it is “the power dynamics prevent[ing] UNSC reform,” but he argues that more engagement with UN institutions by nation states can still make a difference.

Specifically, he believes nations can “prevent global powers from seeking international legitimacy as a cover for wider ambitions, apply legal pressure on transgressions, and assert influence over where and how aid is distributed to facilitate essential economic growth.”

Keeping in line with his idea of an alternative bloc catalysing change in the UN, Hamdi speculates that “if blocs emerge such as a Turkey-Pakistan-Malaysia-Indonesia-Senegal-Mali bloc, we may well see a gradual alteration of the internal dynamics as these countries will be able to leverage the power of their bloc to secure favourable treatment by UN institutions and lobby effectively for policies conducive to their development.”

Regardless of what shape reform may take, however, one thing is for certain. If the world has to encounter another near 80 years of unaccountability and inequality, there may be nothing left to protect.

A more robust, adaptive and democratic UN is arguably one of the only ways to collectively resolve the challenges held by the future. 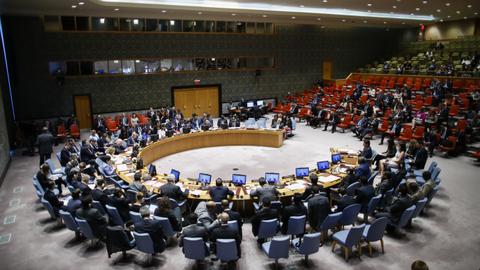 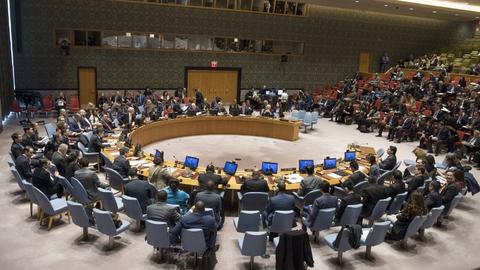 Croatia accused of physical and sexual assaults against refugees