Cizre was a hotspot during Turkey’s security operations against the PKK terror group five years ago. But now the district hosts one of the biggest volunteer centres of the Turkish Red Crescent humanitarian organisation.

Cizre, TURKEY — Young and old find a warm place in the Turkish Red Crescent’s volunteer centre in Cizre, a district with a population of about 120,000. It is one area in Turkey’s predominantly Kurdish-populated southeastern region that has survived the PKK’s terror campaign in recent decades.

The Red Crescent opened its first volunteer centre as a separate unit in Cizre, an old urban area. It was established next to Tigris, which, aside from Firat, is one of the greatest rivers in the Middle East. The new humanitarian centre is one of the biggest in Turkey, which highlights the Red Crescent’s particular interest in the region.

“At the very beginning, the centre started with seven volunteers including me, but now it operates with hundreds of volunteers,” says Mujde Kilinc, a 30-year-old volunteer.

Kilinc has worked for the Red Crescent since 2018. As of April, she has been the head of the humanitarian group’s women’s branch in Cizre. Kilinc’s husband also volunteers in the centre.

“Yesterday, we went to the home of an old single aunt (who is not related to Kilinc) along with our volunteers to clean her house. She is around 65 and lives in a one-room house,” Kilinc tells TRT World.

She goes on to say that the Red Crescent also provides clothing and shoes to Cizre’s orphans and distributes food to the needy. The centre works to produce a poverty map of Cizre to help pinpoint who in town are the most needy. It helps them prioritise their outreach and assist the most vulnerable locals, who face increasing unemployment, she says.

The centre’s volunteers have developed another interesting project. They provide haircutting services to some of the district’s handicapped, who are estimated to be around 5,000, at their homes or in the center.

Fadile Dakak, a 22-year-old volunteer, who herself is disabled, was instrumental in developing the project. She saw firsthand how difficult it is for a handicapped person to just visit a hair salon and get a haircut. That’s why she wanted to call it “unhindered shave" or engelsiz tras in Turkish, which is a play on words that communicates the necessity of the project.

Dakak’s inspiration was her uncle, who was also handicapped. “My father has taken care of him. As a result, I personally saw how difficult it was for him to get a haircut,” she says.

Sevval Imrag, 21, a university student in Cizre who also volunteers at the centre, developed another project with her friends. It involves showing movies to school kids in Cizre’s villages.

Imrag and her friends personally make popcorn and lemonade for primary and middle school students to eat while they watch the movies. She tells TRT World, “We collaborate among ourselves to share the burden of the project. One makes lemonade and another has the job of making popcorn.”

“Until now, all the school kids have wanted to watch Ice Age,” she says.

Volunteers like Dakak and Imrag pay project expenses from their own personal budgets.

The volunteer centre’s study room is a favorite spot for young Cizre residents. “I like this place. I have benefited from the presence of this centre so much,” says Fatma Sanri, a 20-year-old student from Cizre.

Sanri, like other local young men and women, comes to the centre’s study room almost every day. They spend hours studying math and other subjects to prepare for the national exam, which places students across Turkey in different universities according to their respective grades.

Sanri wants to be a primary school teacher, aiming to get a high-enough score to secure a place for classroom teaching in one of Turkey’s universities across the country. “If there is a chance,” she tells TRT World.

The silence of the centre’s Red Crescent’s study room makes it the perfect place for Sanri to fulfill her educational dreams. “There is a peaceful atmosphere here. It's a very good place,” Sanri says, as other visitors applaud her. Sanri studies there regularly, spending approximately seven or eight hours every day.

“I want to be a lawyer,” says Servet Buzdag, an 18-year-old man, who also comes to the study room from time to time. “That’s been my dream since my childhood,” Buzdag tells TRT World. “We have everything here to meet our needs. Particularly, for people who have financial problems, it’s the perfect place for studying and doing other activities.”

Feride Benzer, a 23-year-old native of Cizre, is another attendee in the study room. She is a student in Cukurova University, in Turkey’s southern Mediterranean region, but wants to move to Istanbul Technical University (ITU), one of the country’s oldest educational centres.

For that, she needs to pass another exam, which could allow her to continue her university education in the ITU’s architecture faculty, provided she gets a high-enough score. Like Sanri, Benzer also studies hard - at least six hours a day - with the hope of relocating to ITU.

But studying is not the only activity in the Red Crescent’s volunteer centre in Cizre. “I am also part of the bicycle club,” Benzer tells TRT World. She was also part of the handicrafts club.

She thinks group tours from Cizre to larger metropolitan cities might also help broaden the minds of a lot of young locals. Benzer also wants Cizre to open itself up to outside tourism.

Cizre has various historical sites, including castles. There are also historic madrasas here, which, in the Islamic world, are equivalent to universities. Also, according to Islamic belief, it was on the slopes of Cizre’s Mount Judi that Noah's ark came to its final rest.

“Cizre has a rich history, which deserves to come to light,” Benzer says.

From violence to peace

Despite Cizre’s historical legacy, the ancient town has been a troubled spot due to the combined effects of the PKK’s violent history and the district’s location in Turkey’s Sirnak province. The province shares borders with both Syria and Iraq - two countries where wings of the PKK are currently operating.

The PKK, which is recognised as a terrorist group by Turkey, the EU, the US and NATO, has launched a four decades-long terror campaign against Ankara, leading to the deaths of tens of thousands of people including women and children.

Following the collapse of Turkey’s resolution process in 2015 and 2016, security forces launched a large military operation to secure the district from PKK groups. Those groups had dug ditches and planted explosives in Cizre’s neighbourhoods, making life unbearable.

Now Cizre is recovering from that difficult period. Among other government-funded activities, the Red Crescent’s volunteer centre in Cizre, which has more than four hundred volunteers, appears to be one of the most successful initiatives, helping young and old alike.

The Red Crescent’s Directorate of Volunteer Centres came into existence in 2019, but the first centre was established in Cizre this year after a joint opening ceremony was held in the southeastern district in February.

“We have a capacity for 150 people to study or do other activities in the centre. On a daily basis, at least one hundred people use our facilities from the library to the study room and the cafe,” says Em, who also worked as a science teacher in the past.

The centre’s library has 2,500 books, all of which were donated by government institutions and individuals. “We also built five libraries in schools located in different villages across Cizre,” Em tells TRT World.

It’s important to have such a centre in Cizre, where most families have more than five or six kids. “Those kids need social spaces to engage in a positive manner with others and have a good time. Our young volunteers not only study here but also participate in our charity activities, working to find resolutions to people’s problems in real life,” Em says.

When young volunteers see handicapped people during charity activities, they recognise the problem of being handicapped and they start thinking of what to do about it, Em says.

“During their charity work, they also see other problems like child labourers or girls who could not attend schools. And they want to find ways to address those problems,” Em adds. “As a result, if they want to do something good, they know they can come here to the centre of charity.”

There’s also a psychologist who comes to the centre and provides support that ranges from spousal therapy to other kinds of psychological help.

“There has always been a strong sense of doing good within ourselves. But if no one encourages you to do good or facilitates conditions for doing good, then our positive feelings lose their place in our lives,” Em says.

“As the Red Crescent’s motto says, we are trying to spread good under the shadow of our crescent.” 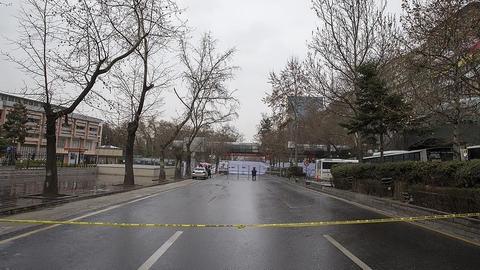