Turkey will be a part of new world order: ex-German chancellor

The former German chancellor, Gerhard Schroder, argues in his book that the West will lose if it acts against powers like Turkey with a 'mentality of the Cold War.'

The former Chancellor of Germany, in his latest book, “Letzte Chance” (The Last Chance), stated that Europe should face new realities in the eastern Mediterranean.

Gerhard Schroder, known as a social democrat, is currently an advisor for Rothschild Investment Bank, as well as the chairman of the German football club Hannover 96.

In the book, which was co-authored by Gregor Schollgen, a history professor lecturing at the universities of New York, Oxford and London, Schroder has drawn attention to the need of having a new world order.

Commenting on the raised tensions between the European Union and Turkey, the former chancellor was critical, saying that the contrast with Turkey and the West is the result of the European Union’s wrong politics.

“We Europeans, especially the Germans, saw this country (Turkey) and its citizens with a humiliating and pretentious manner.”

Underlining his country’s desire for including Turkey as a member of the bloc, Schroder said, “Since the Ankara Agreement in 1963, no other country than Germany opened an EU membership perspective to Turkey. But except the last era of the [Social Democratic Party of Germany] SPD-Greens coalition, none of them were frank [with Turkey].”

“Asking Turkey to fulfill the conditions for the visa liberalization and delaying the important improvements at EU membership negotiations at the same means saying, ‘We do not want you,’” the former chancellor noted.

According to Schroder, the issue is independent of political power in Turkey.

“Thinking that a new government that would come to power after [Turkish President] Recep Tayyip Erdogan, will review the country’s global politics and give up being a force in the eastern Mediterranean, is just ‘not knowing the chalk from cheese.’ Turkey will not do this.”

Turkey’s potential in achieving peace in the Middle East

In his book, the former politician draws attention to Turkey’s potential roles in the current conflicts as a peace broker across the Middle East. He also highlights the role of Ankara in the Syria case as an example, saying that the war there cannot end without Ankara and Moscow's help.

“Turkey has a key role in Syria,” he said.

He added that the era of Turkish ministers and presidents standing in the waiting rooms of Bonn or Berlin under humiliating circumstances is over.

Commenting further on the threats against Turkey by foreign powers, Schroder said that Turkish President Recep Tayyip Erdogan met the economic threats of the former US President Trump as part of Ankara’s improved self-reliance on various areas.

Listing the reasons behind Turkey’s self-reliance and confident stance against such threats by foreign major powers like the US, he said, “Firstly the US army is dependent on the Incirlik and Kurecik bases. Secondly, Turkey has now a notable weapon industry. They produce and sell their own unmanned aerial vehicles.”

He also added that Ankara’s weapons industry, and some countries’ dependence on these weapons, bring Turkey ever closer to approaching its target of being a force in the eastern Mediterranean. 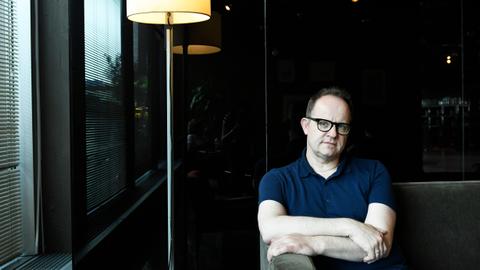