1
NATO chief recognises Türkiye’s concerns over Sweden, Finland bids
2
The centrality of the Muslim world to Shakespeare’s work
3
How we could lose up to 58 hours of sleep a year due to climate change
4
EU regulator approves AstraZeneca Covid jab as booster
5
Finland and Sweden submit NATO membership applications

The Home Office reportedly will pass a provision for the first time to send migrants to an ‘African hub’ asylum processing centre.

The United Kingdom is working on a plan to introduce legislation to send migrants to an off-shore asylum centre in Africa which would be run along with Denmark.

The Times newspaper reported on June 28 that the UK Home Secretary Priti Patel held talks with Denmark to discuss the possibility of sharing an Australia-style immigration centre in Africa.

Patel, as per the Times, also told her Danish counterpart that the country is preparing legislation that will allow the government to send migrants abroad.

The Home Office however denied having any intent to work with Denmark on an offshore migrant facility while it didn’t comment on its purported plan to send migrants away.

Denmark first announced that it will be deporting some Syrian refugees back, then in early June passed a law to send migrants to asylum centres in possible partner countries.

African nations have become one of the most popular third countries where wealthier states including Australia and Israel prefer to send their share of migrants.

The United Nations’s refugee agency reacted to the report saying that it was not aware that the UK was discussing processing asylum claims offshore.

“Global cooperation is needed for a global crisis. The UK should look for solutions through cooperation instead of shifting responsibility to less wealthy countries,” the agency’s UK branch tweeted.

It will be the first time that the Nationality and Borders Bill, a proposed Act of the Parliament of the UK about immigration and asylum, will have a provision that will enable an offshore immigration centre.

The organisation said it breaches the 1951 Refugee Convention as well as the European Convention on Human Rights, a treaty that the UK has agreed to comply with in the wake of World War II.

In the past, the home secretary promised that planned changes to the country’s asylum protection system would comply with international law and human rights.

The convention bars penalising migrants who use illegal ways to enter the country in an attempt to seek asylum. But despite the convention against discriminating between asylum applicants, the House of Commons in March announced it won’t allow migrants who breach immigration rules while entering the country to seek protection. Under the plan, these migrants would only be granted “temporary protection” in the UK.

The country also stripped immigrants and refugees of their right to object to deportation orders using a Judicial Review in the High Court.

Almost 200 organisations, including the Manchester-based NGO, have previously reacted to the government’s consultation on fundamental changes to refugee policy, calling it “a sham.”

Around 700 Judicial Reviews were pursued each year, demanding to oversee the process to make sure the law had been correctly applied and the right procedures were followed while the deportation decision was being taken.

According to a spokesperson for the UK’s Prime Minister Boris Johnson, Patel’s proposed offshore asylum centres idea was inspired by Australia’s island immigration camps where refugees have been stranded for years, waiting to be resettled.

But this wasn’t the single issue that had drawn fierce criticism.

The report on a shared asylum centre in collaboration with Denmark came after another revelation by the Times in October last year that the UK ministers were considering deploying ships to hold migrants off the coast -- a move that drew rebuff at the time.

There is a surge in the number of asylum-seekers making the perilous journey across the English Channel this year. British Home Office blames the increase in channel crossings into the UK on social media companies such as TikTok and Twitter claiming that they ‘glamourise’ dangerous journeys.

According to the Refugee Council, Asylum applications fell by 18 per cent in 2020, while the number of people awaiting a decision reached a new high of 64,895.

More than 400 migrants crossed the English Channel from France in small boats in one day in early September 2020 -- a record fivefold increase compared to the year before. 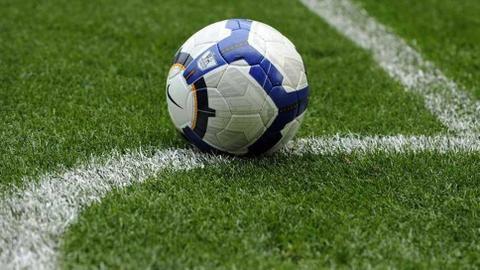 1
NATO chief recognises Türkiye’s concerns over Sweden, Finland bids
2
The centrality of the Muslim world to Shakespeare’s work
3
How we could lose up to 58 hours of sleep a year due to climate change
4
EU regulator approves AstraZeneca Covid jab as booster
5
Finland and Sweden submit NATO membership applications