US sanctions on Turkey: How did we get to this point?

1
Türkiye's letter to UN rejects Greek claims over militarisation of islands
2
What do Brazil's elections mean for the Palestinians?
3
Türkiye saves over 100 refugees after Greece pushback
4
A win for sport diplomacy as 4th World Nomad Games conclude in Türkiye
5
Türkiye, Libya to discuss bilateral, regional issues in high-level visit

From Turkey’s perspective, Washington’s treatment of its NATO ally is “unfair”.

In the last throes of the outgoing Donald Trump administration, Washington has imposed sanctions against Ankara, one of its most reliable partners from the days of the Cold War to the fight against Daesh across the Middle East.

From Turkey’s perspective, it’s an outrageous act against a NATO ally, the first time CAATSA has been used to punish both a military and political partner. The sanctions come on the grounds that Turkey bought Russian S-400s, a powerful and effective air defence system.

“We condemn and reject the decision to impose unilateral sanctions against Turkey as announced today by the US in the context of Turkey’s acquisition of S-400 air defence systems,” said a statement from the Turkish foreign ministry.

A Turkish defence official tells TRT World that Ankara needs to secure its skies against any threats at all costs, referring to the purchase of Russian S-400s. While sanctions are very disappointing, they will not break up the country’s determination in that direction, the defence official, who wishes to remain anonymous in line with official requirements, adds to the point.

“For decades, we have sought to purchase a reliable and powerful air defense system to no avail regarding our efforts with the Americans,” says the official, referring to Ankara’s numerous efforts to buy the American Patriots missile system.

When Turkey’s intention to buy a Chinese or Russian air defence system became a reality, the US offered the Patriot system to Ankara. But it was already too late.

Turkey needed a military advantage to face threats emanating from its volatile neighbourhood, and the Americans, as the world’s number one military force, should have understood what that meant in the first place, the source says.

“The conditions which compelled Turkey to acquire S-400 systems are well known. President Trump himself has admitted on many instances that Turkey’s acquisition was justified,” the foreign ministry statement said.

From the very beginning of its establishment in the early 20th century, the Republic of Turkey, which won its independence fighting with countries like Greece and Armenia, has faced multiple threats from its immediate neighbours.

In 1945, in the wake of World War II, the communist Soviet dictator Joseph Stalin attempted to annex Kars and Ardahan from Turkey, making Ankara approach the Western alliance. Eventually, Turkey joined NATO in the early years of the Cold War.

Nearly three decades later, in 1974, Turkey faced a military dilemma in Cyprus after a coup aimed to illegally join the Mediterranean island with Greece. Turkey sent its military to Cyprus to secure the survival of Turkish Cypriots, an ethnic group, whose rights have been protected under international agreements.

Since the 1980s, Ankara has also faced a terror threat from the PKK, which has launched attacks against Turkey using border territories of Ankara’s southern neighbours, Syria and Iraq. To respond to terror attacks, Turkey has launched several cross-border operations in both Iraq and Syria.

The PKK is recognised as a terrorist organisation by Turkey, the US and the EU.

During those military operations, it has been clear to top officials of Turkey’s military and political brass that the country needs a strong air defence at home when it goes after its enemies in places like Syria and Iraq, says the TRT World defence source.

“You clearly understand that you need to do something in Syria. But at the same time, you question your military possibilities and capabilities to conduct such a large and risky military operation,” says the source, referring to Turkey’s recent operations in northern Syria.

PKK’s US-backed Syrian outfit, the YPG, poses both national and border security threats to Ankara with its military presence in northern Syria.

During back-to-back operations, NATO’s second biggest military dealt blows to both the YPG and Daesh as well as the Assad regime. But particularly, in its latest military engagement this year, the Turkish military has faced Assad regime forces backed by both Russia and Iran.

“Entering Syria without having an air defence system was a risky move. We took that risk while we have still done our best to ensure the security of our forces,” the source says.

With its military operation Spring Shield, in late February, Turkey prevented the onslaught of the Assad regime on Syria’s last stronghold, Idlib, which could potentially lead to a massive wave of refugees to both Turkey and Europe.

“Everybody (in the Turkish political and military establishment) has long understood the essential need to look up at the skies with confidence. With S-400s, we now have that confidence to look up at skies more comfortably,” says the source in regards to Syria and other countries.

He also adds that Turkey is still interested in buying more air defence systems with long-range capabilities no matter if they are Russian or American or European-made weapons.

“What matters is to look up at the skies with confidence, making your adversaries think twice before acting against your interests,” the source says.

While the US and its European allies, which have also recently imposed sanctions against Turkey, try to punish Ankara on its acquisition of the Russian system, Ankara and Moscow have been on opposing sides across different battlefields from Libya to Syria, and most recently Azerbaijan’s Karabakh region.

Turkey’s political and military moves on those fronts generally favour NATO positions against its adversaries in various ways. But in order to continue its NATO positions on different fronts, Turkey needs military means like S-400s.

The defence source says the two factors have played a crucial role in Turkey’s acquisition of Russian S-400s. One is the need to have a powerful air defence system, a long-standing issue for Ankara, and another is the Syrian war, which has been an imminent threat to Turkey’s border security for some time.

“When you meet your need to secure your air defense, you also have a powerful feeling that you can address some problems arising from the Syrian conflict,” the source notes.

“Then, you think that you can deal with adversaries, who appear to give you some headaches wherever they are,” he says. But it does not mean Turkey will rely upon Russian weapons or the US arms as it used to be the case, he adds.

Are sanctions good for Turkey?

Under Ismail Demir, who leads the Presidency of Defense Industries, Turkey's weapons program has improved significantly, says the source. Demir is one of the targets of the American sanctions.

“We have enough sources in terms of both human and financial capitals. By putting sanctions on people like Demir and other personnel working for the Presidency of Defense Industries, the US indeed encourages us,” the source observes.

“We all know that not all acquisitions and particularly, critical technologies, are made in the US. In countries, which no one thinks that they have those technologies, we might find what we need in better or equal terms,” he says.

“In the short term, US sanctions might make our lives a little difficult. But in mid and long-terms, they will benefit us to develop our own indigenous military technology,” the source concludes.

Prominent experts on sanctions think that they are mostly ineffective in ensuring any kind of policy change across the world even in countries like Cuba and Iran.

“Turkey will take the necessary steps against this decision, which will negatively affect our relations and will retaliate in a manner and timing it deems appropriate,” said the foreign ministry statement.

“Turkey will never refrain from taking the necessary measures to safeguard its national security,” the statement added. 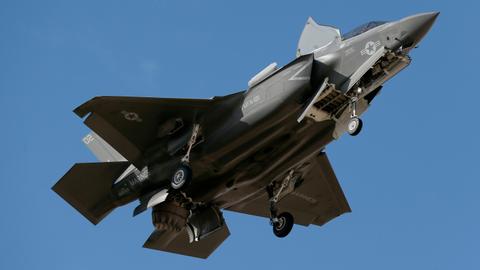 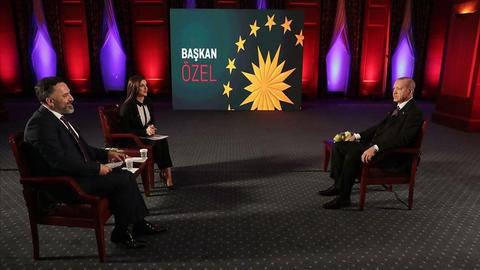 1
Türkiye's letter to UN rejects Greek claims over militarisation of islands
2
What do Brazil's elections mean for the Palestinians?
3
Türkiye saves over 100 refugees after Greece pushback
4
A win for sport diplomacy as 4th World Nomad Games conclude in Türkiye
5
Türkiye, Libya to discuss bilateral, regional issues in high-level visit