What about the mental health of Afghan children?

Decades of war and turmoil have put Afghan children at risk of long-term mental health issues.

Gulpari is almost five years old. She lives in a small city in Afghanistan. Some nights she falls into a dreamless sleep, whereas other nights are not so peaceful. On those nights, Gulpari wakes up crying and nestles in her mother’s embrace, wrapping her little arms around her for comfort.

She asks Zahra, her mother, “When will my father be back home? Didn’t the war end?” She cannot say if it was a nightmare or a surge of emotion that woke her up, but the crying and the questions are there during most nights.

Until over a month ago, she would ask about when the war was going to end. She had come to believe that everything would be well once the war was over, but now she is faced with the fact that their struggle is not over.

She shares the same fate with other Afghan children. They are the children of a country that has suffered four decades of conflict, war, and turmoil, just like their parents before them.

Gulpari’s father, Ahmad, is among the many Afghans who had to leave their country and loved ones behind. Shortly after marrying Zahra, he had to leave Afghanistan to find work in Turkey. Otherwise, his options were either joining the army or the Taliban.

“There was no way for me to stay and also take care of my family. They have no other source of income,” said Ahmad. He does not keep any of the money he makes and sends it all to his family. Due to the living conditions in Afghanistan, Ahmad and Gulpari never saw each other in person.

Ahmad was born in 1997. Back then, the Taliban controlled the area he lived in. He was his daughter’s age when the US invaded Afghanistan. “One morning we woke up and saw dead bodies in the streets instead of Taliban forces,” he tells TRT World over the phone.

There were no conflicts in his village, but he recalls that a lot of fighting took place in surrounding villages. “There would be aircrafts flying over our village. We would be terrified each time they passed. My friends and I would find puddles of blood and dead bodies when we got out to play.”

While talking about his childhood, Ahmad stands still for a moment. He wanders off and looks completely lost. Tears well up in his eyes, the trauma still lingers on his face.

“Throughout history, my country suffered through conflict. When the US came, they promised us democracy, freedom, equality and education for men and women. Where are they now? What happened to their promises?”

Ahmad grew up in poverty. He did not go to school because he started working at a very young age.

“It pains me to know that my daughter is growing up under circumstances similar to my own.”

Children from war-torn countries have an increased chance of suffering from mental health problems. The children of Afghanistan have witnessed or experienced poverty, malnutrition, violence and death consistently, and to a greater extent than most.

For children from Afghanistan, conflict and war is a part of daily life. They were constantly, directly and indirectly exposed to combat and knew people that died or got injured. Most of them, like Ahmad, grew up with combat taking place right next door, and lived with the fear that they would be next.

Important variables affecting the amount of mental health issues children might face include the length of trauma exposure, along with the amount and type of events that led to trauma. Children who were consistently exposed to trauma for extended periods of time are more susceptible to mental health problems, as well as those that directly experienced an attack and the loss of loved ones.

Displaced children, especially refugees, are also more vulnerable to experiencing psychological issues. They encounter additional risk factors during transit and in their destination in addition to the trauma they faced at home. Among displaced children, unaccompanied minors and children separated from their caregivers are at highest risk.

The journey to safety is often challenging and dangerous. During transit, many children are separated from their caregivers. The process of settling at the destination within their home country or in a host country can also be difficult despite the newfound safety. Displaced children find themselves in a completely new environment that they must integrate into, especially as refugees. They also might face new risk factors like exclusion or discrimination.

Caught in a loop

Moreover, longitudinal studies during which children are examined at different points of their lives tend to show that these mental health issues tend to persist over time, while also creating increased susceptibility to other psychological issues.

While the prevalence of mental disorders is high for the whole population of war-torn countries, it is widely accepted that children are more susceptible due to their dependence on others and lack of understanding of what is happening around them.

Unlike adults, the healthy development of children is subject to unique conditions. Exposure to trauma during certain periods of their lives, known as critical and sensitive periods, can aggravate the impact of trauma on mental health in the long-term. In addition, developmental psychologists posit that children require enriched environments for healthy development.

This means that children need a certain quantity and quality of environmental stimulation. This can be through interaction with and attention from care-givers, which can be lacking for children from conflict-ridden countries as their caregivers are likely to be experiencing mental health issues themselves. Children also need to have quality play time enhanced by toys and the presence of peers, a luxury for some children that live in conflict and poverty.

Many Afghan children are growing up in deprived environments due to the turmoil and poverty in their country. They need enriched environments for optimal physical and psychological development, which can be hard to find both at home and as refugees.

Afghan children are in grave need of mental health support. Nevertheless, the current work on improving child mental health, as well as mental health overall, falls insufficient due to lack in quantity.

Schools prevail as essential places where children can receive psychological help. Even without organized mental health programs, schools help children cope with trauma as places where they can get together with peers, become competent members of society, and find consistent social support. Alas, schooling is currently out of the picture for Afghan girls like Gulpari.

Despite the struggles she is faced with, Gulpari is one of the lucky ones. Her family is alive and well, she has friends and toys to play with, she was not subject to violence and did not witness combat, and she was not displaced. This is not the case for every Afghan child.

According to Zahra, there is no longer conflict where they live, but they have other worries. The economy is getting worse and even food they consume daily is becoming too expensive to afford. The uncertain future under Taliban’s rule is also unsettling. “Life here has gotten much harder. Everyone, young and old alike, are worried.”

Gulpari, despite being only five years old, is quite receptive to her mother’s mental states like most children. By observing their caregivers, children can feel the effects of trauma even if they are not completely aware of what is happening around them.

“She overhears the conversations I have with friends and family about the hardship in our country,” says Zahra. “She knows what is happening, even if I try to protect her from reality.”

At the age of five, Gulpari knows what a bullet can do, that a bomb can murder entire families. She knows that her family is struggling from looking at the fear and worry in her mother’s eyes.

Every night that Gulpari is able to face-time her father before her bedtime, the same thought runs through Ahmad’s mind: “A child should not have to live with that burden.” 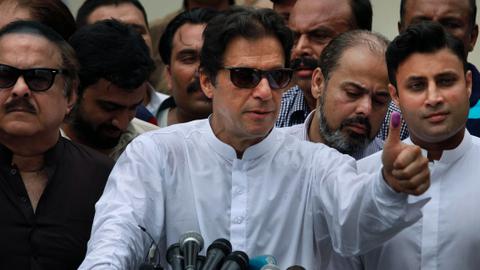