What does Putin’s ‘palace’ reveal about his personality?

Opposition figure Alexei Navalny claims the opulent $1.35 billion property was constructed as a gift for Putin by Russia’s richest oligarchs.

There is a striptease pole, a casino with bright-green tables, an arcade and a room with a race track for toy cars.

An ancient Orthodox chapel brought brick by brick from Greece, a hockey rink and a wine-tasting room in an artificial cave. A 16-story underground bunker, a tunnel that cuts through rock to a private dock on the Black Sea, a checkpoint with armed guards and a helipad.

All of that – and much, much more – is part of a gigantic palatial structure that occupies 7,800 hectares (19,300 acres), 39 times the size of Monaco, on a forested hill outside the southern city of Gelendzhik in “the Russian Riviera,” a slither of verdant subtropical paradise between the Caucasus Mountains and the Black Sea.

He said that unlike his numerous muckraking investigations into corruption of top Russian officials, this video was more of a “psychological portrait” of Putin describing his personal trajectory from a low-ranking, unremarkable KGB officer serving in East Germany during the Cold War to a money-obsessed tyrant.

“One wants to understand how a regular Soviet [intelligence] officer turned into a madman obsessed with money and luxury,” Navalny said in the video that was released two days after his return to Moscow. He was in Germany undergoing medical treatment following the August 19 poisoning with a nerve agent that he claims was administered by Russian intelligence.

The Kremlin denied that the palace was Putin’s, then said it belonged to businessmen whose names can’t be disclosed. In late January, Arkady Rotenberg, Putin’s childhood friend and judo partner who became one of Russia’s wealthiest tycoons, jumped the gun by saying that the structure was his – and he was going to build a hotel there.

However, many average Russians, analysts and opposition activists who saw the video – that has almost 110 million views – are confident that the palace is Putin’s. They also ask themselves one simple question: what does the palace say about its owner who has ruled Russia for more than 20 years?

A Russian psychology expert says that the outrageous wealth coupled with utmost secrecy reveal that the person who commissioned such a structure has a deep, nearly maniacal need to boost their ego and self-confidence.

“Who needs a palace that frankly exceeds any conceivable need in living space? Apparently, someone who thinks that size matters,” the Moscow-based psychologist and author told TRT World on condition of anonymity.

“This is the message, 'That's how great I am.' A loud message. But people who feel self-confident and value themselves don't need a yell,” the psychologist said.

Moreover, the video shattered the public persona of Putin that the Kremlin-controlled media cultivated for years.

“The film destroyed the image of Putin as a man who, for many law enforcement officers, for many retirees, for the elderly, personifies statehood, not even the government, but statehood,” exiled opposition leader Gennady Gudkov told TRT World.

A former officer with the KGB and its successor, FSB, Gudkov was elected as a lawmaker to the State Duma, Russia’s lower house of parliament, three times, but was expelled in 2012 because of his participation in massive protest rallies against the Kremlin.

Some average Russians are indignant about what they call the “tasteless opulence” of the palace and the entire lifestyle of Putin and his coterie that largely consist of his former colleagues and neighbours. Some say that their behaviour makes them look like “occupants” who treat Russia as a conquered territory whose riches should be pillaged as quickly as possible.

“The system they built is called 'occupants on occupied territory," Vladimir, a Moscow-based lawyer, told TRT World. He withheld his last name because he fears persecution for his comment that he said could be qualified as “extremism” and an “attempt to undermine Russia’s constitutional order.”

Navalny and a string of independent publications claimed in recent years that Putin’s allies had luxurious properties in Russia and the West.

In 2017, Navalny released a lengthy video showing what he alleged was a string of properties that belonged to the then-Prime Minister Dmitri Medvedev. He claimed Medvedev had private mansions with an indoor swimming pool, an artificial pond, a helipad and a private chapel.

The location of Putin’s alleged palace makes it look like a James Bond villain’s secret hideaway.

In his video, Navalny claimed that no planes are allowed to fly above the structure, and heavy security presence prevents any boats, vehicles or ordinary people from approaching it.

The Kremlin said the location is off limits because of its proximity to Russia’s border with Abkhazia, a breakaway Georgian province virtually controlled by Moscow and heavily dependent on Russian subsidies and tourists.

Local residents and independent media reports also claim that the palace is Putin’s, citing constant presence of security officers around it, the jamming of cell phone signals, occasional cavalcades of limousines and the buzzing of helicopters.

“Everybody knows Putin comes there,” Sergey, a kebab cook who worked at several top-end restaurants in Gelendzhik between 2014 and 2018, told TRT World. “No mortal man can get even close.”

Sergei Kolesnikov, a Russian businessman who worked with Putin in the 1990s when the latter was deputy mayor of St. Petersburg, claimed back in 2014 that Putin had a palace “funded with a billion dollars in illegally diverted funds.”

Putin’s former personal photographer told TRT World that the 68 year-old spends days and even weeks in Gelendzhik while Russian television networks release “canned,” or pre-recorded footage of him receiving officials in the Kremlin or touring Russian regions to create the illusion he is in Moscow, in the thick of things.

“He is there for a week, while TV networks run the ‘canned’ footage every day, and everyone thinks he is busy working in Moscow,” the photographer said. 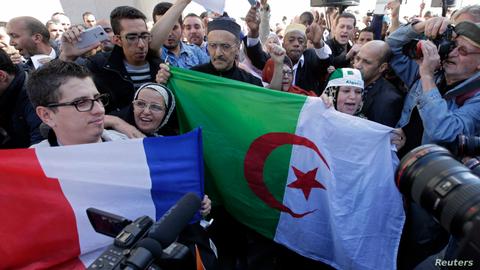 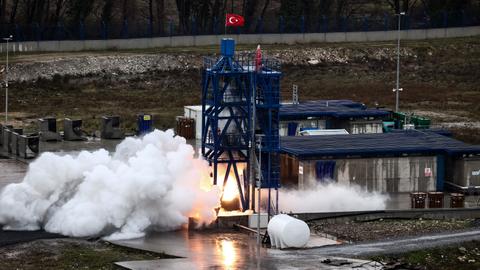 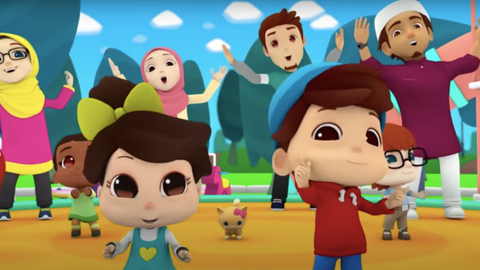 How an Islam-themed cartoon is redefining entertainment for kids