What one doctor's suicide says about caste discrimination in India

Despite attempts to lift up marginalised communities with work and training opportunities, discrimination is still driving some to desperate measures.

The suicide of a resident doctor working with a hospital in Mumbai, India, has got the country talking about the widely prevalent caste discrimination in higher educational institutions.

Payal Tadvi, a 26-year-old gynaecologist with Mumbai’s BYL Nair Hospital, committed suicide on May 22. Her family has alleged that she was forced to take the extreme step since she was at the receiving end of caste discrimination and harassment by three of her dominant caste senior doctors for months and because the authorities did not take adequate action against them.

Communities listed under Scheduled Tribes (ST) and Scheduled Castes (SC) have been at the receiving end of caste discrimination, marginalisation and violence for centuries. To uplift the people belonging to ST and SC communities and to bring an end to caste-based discrimination, a certain percentage of seats in government-run higher educational institutions and jobs, state legislative assemblies and the Indian Parliament are reserved for them.

While the three accused seniors - Ankita Khandelwal, Hema Ahuja and Bhakti Mehare - have vehemently denied the allegations, a report by the anti-ragging committee of the college attached to BYL Nair Hospital has concluded that Tadvi was indeed at the receiving end of 'extreme harassment' before she committed suicide.

According to a report in Indian English-language daily The Indian Express, the anti-ragging committee report has also found evidence of ‘caste remarks’ made by Tadvi’s three seniors.

Nationwide protests were held demanding justice for Tadvi and there was widespread national media coverage as well. On May 29, veteran Indian Hindi language TV journalist Ravish Kumar did a show entitled 'Does Society Drive People Into Depression Due To Their Caste?' on news channel NDTV.

All three of the accused are currently in jail and will remain in judicial custody until June 10.

On June 1, the All India Institute of Medical Sciences (AIIMS) Front for Social Consciousness organised an event entitled 'Deliberating caste discrimination in higher education: How many Payals will it take for us to rise?’. AIIMS in New Delhi is the most respected government-run medical institution in the country.

An editorial in Economic And Political Weekly, a highly reputed academic peer-reviewed publication has described the death of Tadvi as ‘another institutional murder’.

The phrase ‘institutional murder’ had earlier become popular to describe the death of Rohith Vemula, a PhD student from the University of Hyderabad who had taken his life in January 2016.

It was alleged that he committed suicide because he was at the receiving end of caste-based discrimination by members of the Hindutva nationalist student organisation Akhil Bharatiya Vidyarthi Parishad, which received support from central government ministers in Prime Minister Narendra Modi’s ministry and the university administration.

Vemula’s death resulted in widespread student protests across different parts of the country, which brought it into mainstream media attention.

While reports of caste discrimination in higher educational institutions are prevalent across all fields - from liberal arts to business - the scenario in medical institutions has particularly been under the media’s radar over the years.

In 2006, the Indian government instituted a committee led by economist Sukhadeo Thorat to look into allegations of 'differential treatment' of SC and ST students in AIIMS.

Since cut-offs are lower for students from marginalised communities, upper caste students often invoke the argument of ‘merit’ and allege that the ones from the reserved categories have it much easier to get into colleges.

However, what this argument refuses to take into consideration is the years of oppression, marginalisation and stigma, which students from reserved categories have to face. They lack the resources that are available to people from upper castes and have been at the receiving end of caste discrimination for generations, and sometimes even violence.

There are reports of primary schools discriminating against children belonging to lower caste communities, people fleeing villages due to violence if a man from their caste marries an upper caste woman, people from the SC community being beaten up for entering temples, amongst a list of other discriminatory, violent and sometimes even murderous acts.

Since caste to a great extent defines Indian society, it usually overlaps with other hierarchies on which inequality, discrimination and violence rest in the country. Caste impacts everything from class to the colour of one’s skin.

According to a paper published in November 2018 by the World Inequality Lab at the Paris School of Economics, ST and SC households respectively earned 34 percent and 21 percent less than the national household average income of Rs 113,222 ($1,630), around eight years ago.

A study published in the Journal of Investigative Dermatology a few years ago concluded that the caste system has a ‘profound influence on skin pigmentation' after studying over 1,800 people in different parts of the country.

The allegations of caste discrimination made by the family members of Tadvi need to be seen in the broader context of how caste plays out in India. Lower caste communities have been systematically forced throughout history to take part in particular jobs and prevented from climbing up the social ladder.

In post-colonial India, a certain institutional mechanism has been created for marginalised communities so that they are adequately represented in all spheres of life.

However, major resistance keeps coming up from upper caste communities who refuse to acknowledge their privilege.

Sourodipto Sanyal is an independent journalist based out of Kolkata, India. 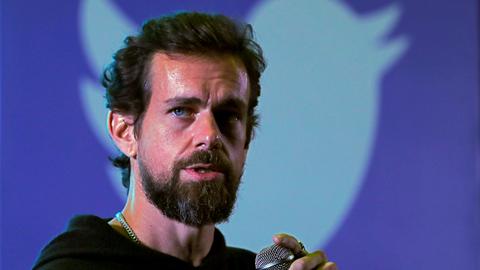