Faceless private equities and hedge funds control the firms essential to our health and survival.

How often do you hear about Dodge & Cox, SSgA Funds Management, BlackRock, Mawer Investment or The Vanguard Group? Well, if you recently popped a Tylenol for a headache, took a Lantus insulin shot or got your kid a flu shot at the local clinic - then you’ve probably come across these investment funds as they own the pharmaceutical firms that made those drugs.

In the last two decades, private equities and investment management companies — known as institutional investors — have mopped up the majority shareholding in the world’s largest medicine-makers.

Many of these investors simultaneously hold stakes in more than one large pharmaceutical company and their generic counterparts, something known as “common ownership”. This has raised concern that it undermines competition and as a result consumers end up paying more.

A recent paper co-authored by researchers Albert Banal-Estanol, Melissa Newham and Jo Seldeslachts for DIW Berlin found that large pharmaceutical companies have become connected to each other through their shareholders.

“Public companies are increasingly owned by a handful of large institutional investors so we expected to see many ownership links between companies — what was more surprising was the magnitude of common ownership,” the authors told TRT World in an emailed response.

“We frequently find that more than 50 percent of a company is owned by ‘common’ shareholders who also own stakes in rival pharma companies.”

For instance in 2014, the same investors collectively owned half the shares of Switzerland-based Novartis and Germany’s Bayer, the maker of Aspirin.

Things haven’t changed much since then.

The three largest shareholders of Pfizer, J&J and Merck are Vanguard, SSGA and BlackRock, the multi-trillion dollar funds which make investments on behalf of their clients and keep a cut for their service.

What institutional investors do is perfectly legal. They are not even reviewed by competition authorities as long as an investor such as BlackRock keeps its shareholding at less than 10 percent in a pharma firm. They are classified as passive investors.

“The concern is how passive are they?” the DIW Berlin report authors said.

Institutional investors may not directly interfere in a pharma company’s day-to-day business. But knowing who the shareholders are and their stake in rival companies, the pharma executives can end up working in the interest of common institutional investors, they said.

“The increase in connectivity between brand firms (such as Pfizer and AstraZeneca) may also affect drug prices. This is because economic theory clearly indicates that intense price competition between firms that share the same owner, ultimately reduces the profits of the common owner.”

Institutional investors having a stake in multiple Big Pharma firms at the same time may hamper efforts to find new medicines for diseases. “This is potentially to the detriment of consumers if it means that fewer drug variants are available,” the authors said.

Pharmaceutical companies spend considerable sums of money on bringing new drugs to the market. They prefer monopolies and resist the entry of generic makers.

To counter such competition, large industry players such as J&J, Pfizer, Novartis and Merck have bought stakes in generic drug companies like Perrigo.

Where the Big Pharma faces difficulty in acquiring generic makers such as those in India, it refuses to share patents and knowhow even during a health emergency like was seen recently in the run-up to make Covid-19 vaccines.

The involvement of institutional investors might also be having an impact on how pharma companies reward their shareholders.

Pharma companies have become money-making machines and this is evident from the massive increase in returns they have given to their shareholders in the past two decades.

“Payouts to shareholders have increased by almost 400 per cent — from $30 billion in 2000 to $146 billion in 2018,” the Amsterdam-based Centre for Research on Multinational Corporations said in a report last year.

Put another way, the return to shareholders went up from 88 percent of investment in R&D to 123 percent in the same period.

The authors of this report looked at the financial statements of 27 largest pharma companies and found that shareholders netted a total of $1.54 trillion in profits over the 18 year period. That’s more than $1.4 trillion the companies poured into R&D for new medicines.

The pharma industry has become hostage to what’s known as financialisation — a practice in which a company uses its resources to reward the shareholders instead of investing it in plants, machinery and labs.

For instance, companies use the strength of their balance sheets to borrow money from banks and then use the cash to buy their own shares from the stock market. Such share buybacks inflate the value of the remaining stock, consequently increasing the net worth of the largest shareholders.

“When you look at the financial statements of pharma companies and see Blackrock and other funds as shareholders it tells you something immediately,” said Gerlad Posner, the author of Pharma, a book on history of the industry.

“These are groups with big profit margins and they don't invest in industries which are not giving a return on the bottom line.” 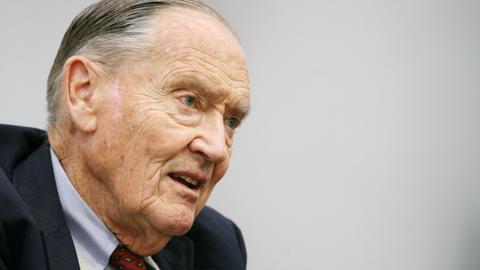