Why Brazil and Argentina envision a common currency

The idea behind the 'Sur' or (South) would be to serve as a financial counterweight currency to the regional dominance of the US dollar in terms of trade.

On January 23, Brazil's President Luiz Inacio Lula da Silva met with his Argentine counterpart Alberto Fernandez in Buenos Aires, as Lula floated the idea of a common currency for both countries that could become the second-largest global currency bloc behind the Euro, during his first trip abroad since assuming the presidency on January 1st.

Prior to Lula's arrival, Argentina's economy minister Sergio Massa told the Financial Times that officials are “studying the parameters needed for a common currency" but insisted it was "the first step on a long road which Latin America must travel."

In a recent jointly co-authored article for Perfil, Lula and Fernandez underscored the need "to advance discussions on a common South American currency that can be used for both financial and trade flows, reducing operating costs and our external vulnerability."

The idea behind the 'Sur' or (South) would be to serve as a financial counterweight currency to the dominance of the USD in terms of trade in the region.

Fabio Terra, professor of Economics at the Federal University of ABC, told Reuters that "this currency would not circulate within Brazil or Argentina. It's specifically to be a common denominator of trade exchanges."

About time Latin America gets a common currency. However these two are the worst managed, macroeconomically. pic.twitter.com/VYInWi4JkI

At a joint press conference with Fernández, Lula suggested that the Sur would be set up through both nation's central banks - with the aim for Argentina and Brazil to strengthen their "commercial and financial relations.”

The notion of a common currency has been raised before, as both nations discussed the idea of a shared currency called the 'gaucho' in the late 1980s, which never materialised and was also floated during the previous government's Mauricio Macri in Argentina and Jair Bolsonaro.

Lula told journalists on Monday that both nations "already had an experience of doing business in our currencies. If I'm not mistaken, it was in 2008, when we established that Argentines could pay in their currency and Brazilians in theirs" and described it as an "optional" measure that never took hold.

Lula was an influential figure during the "pink tide" era as many Latin American countries pivoted to the left and amid a new wave of regional leftist leaders from Argentina, Bolivia, Chile, Colombia, Honduras, Mexico, Peru and Venezuela - is expected to raise the issue of a common currency at the Community of Latin American and Caribbean States (CELAC) Summit on Tuesday.

The idea of the Sur would be for other nations to "gradually" join without having to eliminate their national currencies, according to financial news-outlet Ambito.

However, both countries face stark economic realities - Argentina's inflation is close to 100 percent while Brazil's is at 5.8 percent as experts reacted to the proposal largely with scepticism.

That is huge!
No matter what big finance dude thinks. https://t.co/Ci4vWV0ERr

John Barrdear, an economist at the Bank of England, labelled the currency proposal  “ambitious.”

“I’m surprised by (an) idea of a common currency for Brazil & Argentina. This seems highly problematic given the differences in the economies, histories of problematic populism in both places, relatively thin political connection btw them & both countries problems w fixed exchange rates” wrote Charles W. Eliot University Professor and President Emeritus at Harvard on Twitter.

However, influential figure and Twitter CEO, Elon Musk described the idea of a common currency as on Twitter as “probably a good idea.” 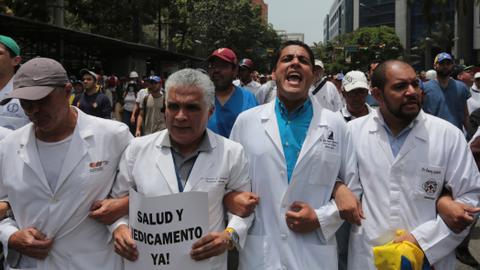