Experts say the deadlock between protestors and the military rulers is a result of brinkmanship by both groups who want control of the country.

Sudanese security forces attacked protesters after the country’s military council asked the opposition alliance to lift barricades in the capital Khartoum. The confrontation led to the temporary suspension of crucial talks aimed at steering Sudan towards a healthy democracy.

“The opposition and the military are trying to outmanoeuvre each other, using pretensions to get their positions accepted by others,” said Abdi Samatar, a professor in the Department of Geography, Environment and Society at the University of Minnesota.

As the military called of the talks a day after attacking the protestors, the opposition leadership accused them of "using the same methods as the previous regime" while dealing with dissent.

"We hold the military council responsible for attacking civilians," said Amjad Farid, a spokesman for the Sudanese Professionals' Association (SPA), one of the main organisations leading Sudan's revolutionary protests.

The protests showed no signs of ebbing, however. The newly formed TMC, which replaced Bashir's regime, stepped in and started a dialogue with the protestors.

On and off, mutual talks made fair progress, addressing some of the key issues the country faces, including the longevity of the transition period from military rule to democracy, which has been settled as three years.

Both sides have also agreed on the formation of a transitional legislative council, two-thirds of whose members will be from the Declaration of Freedom and Change Forces (DFCF), according to Lieutenant General Yasser al Atta, the spokesman of the TMC.

On Tuesday night, before security forces attacked protesters, Atta said in a press conference that a comprehensive deal would be charted out between the TMC and the DFCF within 24 hours. The DFCF is a conglomerate of different organisations leading the protests countrywide.

But the attacks on protestors indicate that some unruly factions within the military are not so willing to let the country move towards a civilian rule.

The TMC and the DFCF have also not yet reached an agreement on the composition of the sovereign council, which will effectively rule the country during the transitory period. Both sides want to dominate the critical ruling council.

Experts interpret the recent deadlock between the opposition alliance and the TMC as a result of both groups jostling for power in a game of brinkmanship.

“I would rather call it a political stalemate over who would control the new sovereign council, and what the features of a transitional government would be,” observed Elsadig Elsheikh, Director of the Global Justice programme at the Haas Institute for a Fair and Inclusive Society at the University of California-Berkeley.

When Lieutenant General Abdel Fattah al Burhan, the head of the TMC, announced the suspension of the talks, he referred to the blockades in the capital Khartoum as one of the main reasons for the suspension, urging the opposition alliance to raze them immediately to normalise life in the city.

The recent stalemate has emerged after security forces fired on protesters, who were allegedly positioned behind barricades.

“The military now says they [the protesters] have to remove the blockade, but if there has been an agreement between the military and opposition council about the transition and distribution of positions within that transition, I can not imagine how street blockades would become a major obstacle to suspend discussions,” Samatar told TRT World.

He said that different tactics are being used by each group to get more power rather than to serve the ordinary people of Sudan.

“It will be a tragic mistake if the military uses brute force to attack the opposition, particularly demonstrators. But I also think that it would be incredibly irresponsible of civilian opposition to maintain these barricades even though there is a general agreement about the relationship between the military and civilians during the three-year transition,” Samatar said.

“There is no need for loss of life and injuries.”

Despite the military’s hold on power for a long time, it appears that its legitimacy is being increasingly questioned by both the Sudanese and the international community.

Elsheikh said the TMC has no legitimacy to negotiate anything other than the process of transferring power to civilians. However, he added: “The DFCF has all the moral and popular legitimacy to bear the fruits of the popular uprising and establish a civilian transitional government to materialise the demands of the Sudanese people.”

The high-ranking generals of the TMC are complicit in the ousted president’s crimes against Sudanese people, Elsheikh said.

"The suspension of negotiations is regrettable...and ignores the reality of the revolutionaries who are increasingly angry as a result of the bloodshed and the souls that we lost," a DFCF statement said.

The US is also critical of the military leadership.

"The tragic attacks on protesters ... were clearly the result of the Transitional Military Council trying to impose its will on the protesters by attempting to remove roadblocks," said the US embassy in Khartoum on Facebook.

"The decision for security forces to escalate the use of force, including the unnecessary use of tear gas, led directly to the unacceptable violence later in the day that the TMC was unable to control," the US embassy statement continued. 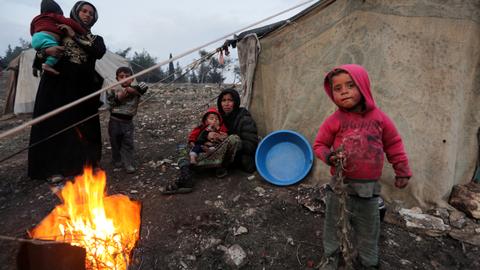 Syrians in Idlib are between Assad's savagery and freezing weather 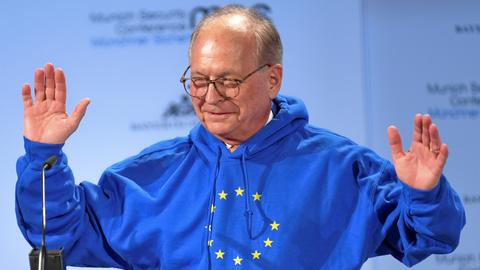 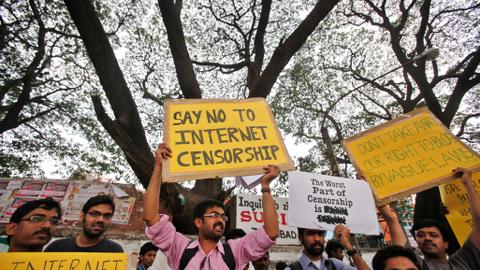 Should India be concerned about upcoming internet measures? 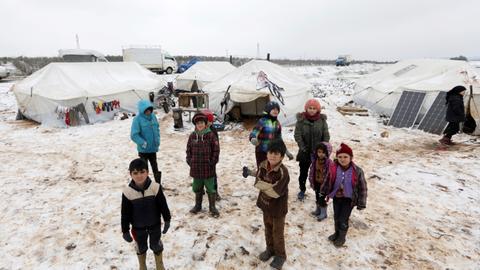 What will happen in Syria’s Idlib? Here are three scenarios