Moments after her divorce goes through, a Mauritanian woman often celebrates as she returns to her family’s home to ululating cries of joy and the steady beat of tambourines. Here’s everything you need to know.

In a unique twist from the norm, Mauritanian women are increasingly celebrating their divorce. The occasion is marked by parties and dinners held in their honor against a backdrop of steady tambourines and piercing ululating cries of high-pitched wavering vocal trills, representing joy common throughout North Africa and the Middle East.

All this, to warmly welcome her back into the fold of her family’s home. In her eyes, she has returned once more to her bastion of dignity and repose. Once a place she returned to everytime her husband went away, this time she’s coming home for good.

A new life begins for her, free of stigma, shame or the ghosts of a failed relationship. Society doesn’t judge her for it. Once it’s over, she returns to the equal ranks of unmarried women.

After her divorce is finalised, the Mauritanian woman returns to her family’s home in the company of her children. Her mother and sisters welcome her with sounds of the Zaghrouta, a ululating cry of joy that varies in cadence, trill and pitch from country to country.

Coming home to their joy at her return and freedom makes all the difference. Once she’s settled, the mood quickly shifts into a rich critique of her former husband’s flaws, with even the occasional insult at the one man who doesn’t know what he lost.

Her friends are quick to organise a party full of music with the attendance of a few poets who lavish her with praise for her beauty and glowing traits. Their poems rise and ebb with the intensity of feeling, gaining strength and rising to a crescendo as they describe the innumerable suitors waiting in line to ask for her hand.

In some parts of Mauritania, a bachelor has to organise her divorce party in what is called Tahrish. The reason? To make her husband jealous and take back his decision. In this episode of The Bachelor, the young man who organises her celebration makes a convincing show of loving her, and going out of his way to flirt, lavish praise over her character and beauty. He also takes her husband down a peg or two, proclaiming his idiocy and sheer bad luck, while asking a key question: How could he beautify his home with such a rare rose, only to divorce her?

How do Mauritanian men perceive women?

To understand how divorced women are seen in Mauritanian society, we must go to the original perception of women to begin with. The basis for this goes deeper than whether she’s married or single. In society, divorced women often evoke the pathos and passions of poets.

Poetry itself is a key part of Mauritanian life, with both old and young gathering regularly for late hours, drinking strong bubbly mint tea served three times, bitter at first, then sweeter with every consecutive cup There the young flourish their poetic talent and elders deftly weave powerful verses together conceived in the moment, affirming their poetic eloquence.

Mauritania itself is deeply steeped in the Arabic language. Children study morphology, syntax, inflection, derivation and rhetoric from a young age. A successful poet is seen as one having mastered the incredibly complex literary language, with over 12,300,000 words.

Explaining the origin story behind it all is Ahmed Ould Harud, an expert in Mauritanian heritage who spoke to TRT World. He says it all comes down to an old monolithic tribal system.

In the old days, he describes, Mauritanian society was made up of only a few tribes living in separate regions. Intermarriage wasn’t common, to preserve lineage, alliances and castes. Women were often forced to marry their cousins. Mauritanian culture gave rise to this tradition because of the few options presented to women after divorce; and to ensure that her future would not be weighed down by her past.

Harud adds that the phenomenon quickly spread and developed over time, coming to signify a sort of declaration of the divorcee’s independence and availability, rooted in sympathy for her plight.

In Mauritania, some women bear their previous marriages as a status symbol. Multiple marriages are seen as a reflection of her uniqueness, beauty and attractiveness.

Mariam bint Ahmed Salem, a Mauritanian woman in her 50s, said she had been married nine times

Speaking to TRT World, she said she's now divorced with no desire to remarry. She has children from multiple partners. Her life’s experience is a source of pride to her, she adds with a smile. For her, it’s proof enough of her beauty and distinction from her peers.

Looking back, she describes a successful experience full of joy in spite of the lack of stability. Too long a marriage leads to boredom, she adds conspiratorially

But in spite of the welcome Mauritanian women find after divorce, not all is as rosy as it would seem. There has been a dramatic increase in divorce rates in the country according to civil society organizations active on on family issues. Civil society is now trying to raise awareness of the danger to family stability and child development this represents.

In an official report by the Mauritanian government released in 2018, nearly a third of all marriages ended in divorce. More critically, 60 percent of divorces went through a separation of five years or more first. This makes it difficult for women to remarry.

In a departure from the region’s norms, most Mauritanian men believe that a divorced woman is more mature, experienced, and understanding of the difficulties and challenges of life. They also hold the common belief that an unmarried woman is more narcissistic, and exaggerates her worth. This leads to hurdles and unreasonable conditions by the bachelorette or her family, including high dowries.

To the contrary however, the divorced man finds difficulty remarrying if he isn’t financially well-off. Mauritanian women prefer unmarried men. Why? They believe that multiple failed marriage experiences reflects an inability to bear responsibility, be patient, or fight for her. Marriage for them, is after all, a social contract that requires perseverance and dedication. 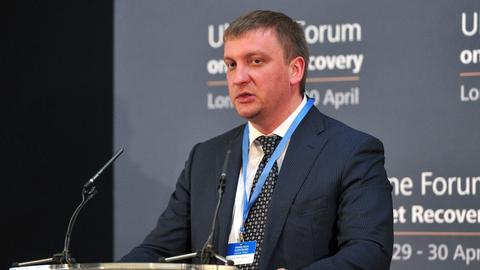