Why Indonesia and Malaysia are calling out EU 'discrimination'

A European proposal to tackle deforestation can end up hurting a key source of revenue for these Southeast Asian countries.

Indonesia and Malaysia have decided to work together to defend their lifeline – the exports of palm oil– that has become a new target of the European Union.

On December 6, the European Union signed an agreement to fight global deforestation, naming palm oil production as one of the causes of large-scale deforestation.

The two Muslim countries meet more than 85 percent of global palm oil demand. Millions of farmers – most of them small landholders – depend on palm oil plantations to provide for their families.

The Southeast Asian neighbours and close allies will work to promote the commodity through the Council of Palm Oil Producing Countries,  Indonesian President Joko Widodo said on Monday.

Widodo’s comments came after a meeting with Malaysian Prime Minister Anwar Ibrahim, who is in Indonesia on his first foreign trip since taking office in November.

What are the EU measures about?

When the regulation is adopted into law, it will oblige the EU’s 27 member states to cut imports of commodities which they believe are responsible for the destruction of forested areas, especially rainforests.

The plan is to stop suppliers from selling palm oil, cattle, soy, coffee, cocoa, timber, rubber and products made from these commodities, such as chocolate, leather and furniture, in the EU markets.

It is part of a broader EU effort to scale down the bloc’s carbon footprint. The argument goes that these commodities are increasingly being planted on farms, which have encroached onto forested regions.

Does it ban all imports?

No, it does not. As per the regulations, the companies involved in the trade of these commodities and related products must ensure that they haven’t been grown or produced on land that was deforested after December 2020.

This means a Malaysian farmer who has been harvesting palm oil in a deforested region before the cut-off date wouldn’t need to worry about the sale of his produce.

But then there’s the technicality of proving that these commodities are not violating the regulation. This part is tricky and will likely pile up a cost burden on small landholders, says the Malaysian Palm Oil Board.

Companies importing the commodities would have to undertake strict monitoring of the source of their products.

For instance, the suppliers have to collect the precise geographic coordinates of places where the commodities are produced.

The plan will go into effect 18 months after the law is adopted sometime this year.

Malaysian and Indonesian authorities say they already have strict rules and regulations to protect their forests.

For a few years now, EU leaders have set their eyes on curbing the import of palm oil, which is mostly used as a biofuel.

When the proposal first surfaced in 2018, Malaysia criticised it severely, calling it “crop apartheid”. Kuala Lumpur’s angst was not without reason.

Rapeseed oil, which is produced in Europe, has the highest share in the production of biofuels. But rapeseed oil has been exempted from the strict regulations, which target palm oil, raising concerns about the EU's discrimination.

On its part, the EU says it has based its decision on the impact of these commodities on deforestation.

“EU has classified palm oil feedstock as having a high risk to indirect land-use change (ILUC), compared to other vegetable oils like rapeseed and sunflower which are considered as a low-risk feedstock,” says a recent study on the impact of the EU import ban.

The EU plans to gradually phase out palm oil consumption as a biofuel and completely ban it by 2030.

The European Commission, the executive arm of the EU, says it carried out a detailed survey, gathering 1.2 million responses from the public before introducing the regulation on deforestation-free products. This public consultation was the second most popular in the EU’s history. 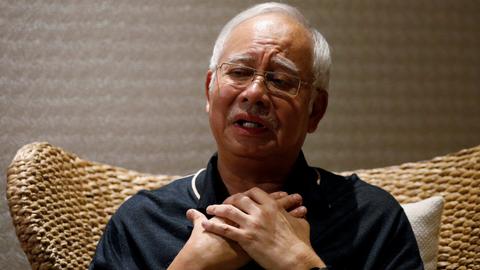