Will elections bring change to Palestine?

Hamas and Fatah, the main rival Palestinian factions, have agreed to administer elections together. But experts think elections based on the Oslo Accords framework are futile.

In a Cairo meeting, the two rival Palestinian factions, Hamas and Fatah, which is the leading faction in the Palestinian Liberation Organisation (PLO), have agreed to hold elections after a 15-year interval alongside signing a reconciliation agreement.

Palestinian Authority (PA) President Mahmoud Abbas recently issued a decree saying that the first round of elections will be held in May.

The developments are not necessarily new to the Palestinians living either under Hamas-led Gaza or Fatah-controlled West Bank. Hamas and Fatah have previously signed various reconciliation agreements and Abbas has also called for elections several times before.

For Sami al Arian, a prominent Palestinian-American professor, the Cairo agreement amounts to almost nothing and it could even make the Palestinian situation worse because the whole framework is based on the Oslo Accords, which is more or less dead.

Instead of resisting the Israeli occupation, the two main Palestinian factions tend to become “pliant” in the face of the Jewish state’s continuing atrocities, prioritising elections over resistance, according to Arian. But that should not be their political agenda, he says.

The shadow of the Oslo Accords

“This whole notion that is happening now is that they are electing a so-called legislative council to be part of the political body of the Palestinians. I think that’s a mistake. That should be done totally away from the Oslo process,” Arian says, “Oslo has been dead for years.”

The accords restored some territories to the PLO in the West Bank, but it was too little for Palestinians after so much suffering and losing so much of their land. The PLO presence in the West Bank was also tightly controlled by Israeli forces, leaving the group literally surrounded on all sides.

While Israel has violated the Oslo Accords and expanded its occupation of Palestine, Hamas and Fatah are still trying to navigate within Oslo even after more than two decades of failure, says Arian.

“The elections that are proposed have a number of problems. One is the legislative council elections which are really the product of the Oslo Accords. So having the elections would give legitimacy back to the Oslo Accords, which have been disastrous and which the Palestinian leadership should abandon,” says Kamel Hawwash, Chair of the Palestine Solidarity Campaign (PSC) and a founding member of the British Palestinian Policy Council (BPPC).

Palestinian refugees in Lebanon, Syria and Jordan will not take part in the elections, according to the Cairo agreement. As a result, there is not enough information available to judge whether these elections are truly democratic, leading to create a really representative Palestinian government, according to Hawwash.

“I don’t believe that this is going to have a real impact on the national programme. I think it’s the continuation of what has been taking place now for over two decades,” Arian says.

In the late 1980s, Hamas, which was originally the Palestinian wing of the Muslim Brotherhood, emerged as a rival to the PLO. Hamas, which means Islamic Resistance Movement, originally aimed to liberate Palestine from the Israeli occupation and felt the PLO’s efforts were inadequate.

But after three decades of fighting Israel, now the group’s political agenda seems to have shifted towards negotiations rather than resistance. The group’s acceptance of holding elections with Fatah and other groups is just “a historical mistake both on part of Hamas and everyone else,” says Arian.

He thinks Fatah is in its last throes and is not representative of the Palestinians, paving the way for Hamas’s rise. “They are following the footprints of what Fatah was twenty years ago. I think it’s a huge mistake.”

But Arian also believes that, “the siege of Gaza has also exhausted them (Hamas). They are trying to get out of that being so-called responsible and also listening to the other advice they are getting from international and regional players. Everybody states that you need to be  accepted politically.”

As a result, Hamas has been persuaded to play the current political game, being staged in Cairo, he says, adding that it is not what the Palestinian people need right now.

“We need a new program of resisting the occupation and the Apartheid that is taking place today. This election or this process will not bring any of that, ” he says.

While the elections might not address various issues the Palestinians face, without elections it would be difficult to change the political landscape, keeping the current PA government and Abbas in power.

But the last elections back in 2006, which Hamas won, did not change anything after Abbas and its Western and regional allies refused to acknowledge their victory.

“It (elections) is good but not enough because the ongoing unanswered question is do you think that PLO or western countries will allow Hamas or its political wing to win? For me I'm not sure they will,” says Hamza Zawba, former spokesman of Egypt’s Freedom and Justice Party, which was also ousted by the country’s military led by Abdel Fattah al Sisi in 2013.

Zawba, who lives in exile in Turkey now, does not trust that the PA will accept the election results.

“It is another and may be the last try to get them (Hamas and Fatah) together, but I don't trust the PLO leaders as they dropped the gun of resistance a long time ago. They have gained nothing but some prestige and much money,” Zawba tells TRT World.

Egypt has long been a power broker between Israel and Palestine as well as between different Palestinian factions.

“This meeting was inevitable. The Egyptians were pushing both parties to come to terms and set the rules for the so-called elections,” says Arian.

Zawba also sees other motives on the side of the country’s autocratic government, whose undemocratic conduct has been criticised by human rights groups for a long time.

“Do you think that Al Sisi is democratic enough to encourage and support democracy in Palestine or elsewhere?” Zawba asks.

“They have to meet to send a message from Al Sisi to Biden that ‘I have a role to play in the region so don't be tough with me’,” Zawba says. 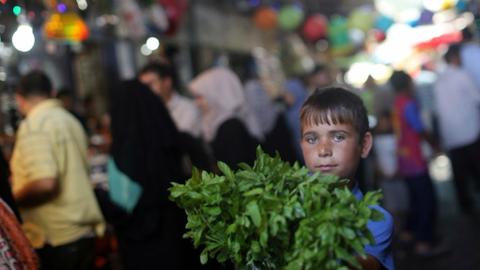