1
Why India's Muslim truckers and aid workers fighting Covid-19 face attacks
2
Q&A: When life imitates art in Turkey's Covid-19 quarantine
3
Is the UK adrift now that Boris Johnson is in hospital?
4
What Africa and an Indian state tell us about containing past contagions
5
Yemen's warring parties accuse each other of attacking pipeline

Experts believe the plan does not give any real options to Palestinians, leaving them with no choice but to resist the Israeli occupation.

US President Donald Trump’s 'deal of the century' drew a sharp rejection from the Palestinian leadership from across party and ideological lines, creating a rare moment of unity that could culminate in another intifada, a mass rebellion against the continuing Israeli invasion.

“We are left with no choices but a new intifada,” said Mohammed al Laham, a member of the Fatah Revolutionary Council, which is a leading force in the Palestinian Liberation Organisation (PLO), the backbone of the Palestinian Authority.

“The unacceptable conditions in the plan and the silence we receive from most of our Arab neighbours tie our hands and promote violence,” Laham said.

For many Israel-Palestine conflict observers, the peace plan is nothing more than a tool for bullying Palestinian people to accept Israel’s illegal occupation from the West Bank to the Jordan Valley and recognise an undivided Jerusalem as the sole capital of Israel.

“The deal is a receipt for more wars, bloodshed and complications not peace. The Israeli bullying and American dictation has to stop,” Yousef Alhelou, a Palestinian political analyst, told TRT World.

In exchange, Palestinians are thrown what many described as bread crumbs — a conditional sovereignty over diminished territories completely surrounded by the Zionist state.

While the plan offers to the Palestinians much less than previous failed deals, experts think that it’s still difficult to read the “deep thinking” inside Palestinian society and leadership.

“This is a lot to do with deep thinking in Palestine about how to respond [to the deal],” said Kamel Hawwash, a British-Palestinian commentator and professor, who is the Vice Chair of the British Palestinian Policy Council (BPPC).

If Palestinians cannot have “a fully independent state” in areas designated by international law or are not treated as equal citizens in those areas by Israel, then, things could be messed up there, according to Hawwash.

“If in the coming weeks it becomes clear that neither is possible, Israel becomes an apartheid state. Then, I think there would be an escalation of popular resistance [against Israel],” Hawwash told TRT World.

“Some believe that it’s time to end security cooperation between the PA and Israel and end Oslo Accords with Israel and let Tel Aviv hold its responsibility as an occupying power towards the Palestinians under its occupation,” Alhelou said.

“Some advocate for a new wave of struggle for equal rights in one state on all of the land of historic Palestine to rise up again against oppression and injustice and stop the superhuman Israelis treating the Palestinians as subhumans,” Alhelou added.

What the Palestinians will do next is also an enigma for the Israeli security establishment and analysts, as Tel Aviv under an indicted hardliner Prime Minister Benjamin Netanyahu signals that it will annex illegal Jewish settlements in the West Bank and other Palestinian territories.

“The occupied Palestinian Authority is dealing with an aggressive American administration, a right-wing, pro-settler Israeli government and a divided Arab world. So the tools at our disposal are limited,” the official assessed.

Jared Kushner, Trump’s son-in-law, who is the architect of the heavily criticised plan, hopes Israelis will not annex those territories before their third general election in a year happens in March.

"Let's see what happens. The hope is that they'll wait until after the election," said Kushner, a pro-Zionist right-wing Jewish American. According to Kushner’s deal. Israel is entitled to annex those territories anyway.

But Netanyahu has already pledged during Tuesday's announcement of the deal that they will annex those territories on Sunday.

“A decision by Israel to annex territories some four weeks before the elections is not just theft, but also playing with fire,” wrote Avi Issacharoff, an Israeli commentator and an expert on modern Palestinian history, who won the "best reporter" award for Israel Radio for his coverage of the second intifada in 2002.

“It could trigger extreme Palestinian steps, such as freezing the security coordination with Israel, dismantling the Palestinian Authority,” which could eventually pave the way for attacks against Israel, Issacharoff viewed.

The possible repercussions of the disintegration of the PA is something that has worried the Israeli security establishment for a long time. While the PA has been criticised as a failed government by many Palestinians and other critics, it’s still relevant to keep calm in the West Bank.

But the deal is effectively making the PA irrelevant, which might lead it to lose all its authority over Palestinians, creating havoc in which armed struggle could be seen as the last resort for Palestinians to claim their internationally-recognised rights in the Holy Land.

“They [Israeli right-wing commentators and Netanyahu allies] refuse to acknowledge that the PA played a key role in the fact that the West Bank has calmed down in recent years and hasn’t exploded into something resembling a third intifada,” Issacharoff wrote.

There are signs that the youth wing of Fatah is on the move to lead protests according to sources from Ramallah. If Fatah returns to the armed struggle just as Hamas currently does, the situation could get out of control.

“The problem is that those warnings are voiced not only by senior IDF officers, but also by Shin Bet [Israeli internal intelligence agency] members and everyone monitoring the situation on the Palestinian side,” the Israeli commentator said.

If the PA allows Fatah to join protests or “even to dismantle itself, the Trump plan could indeed become a historic event after all — one that will be remembered as one of the causes of a violent outburst resembling the first and second intifadas”, Issacharoff concluded. 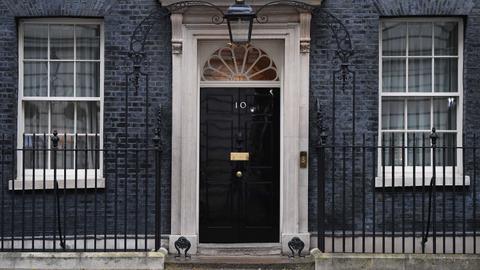 Is the UK adrift now that Boris Johnson is in hospital?

1
Why India's Muslim truckers and aid workers fighting Covid-19 face attacks
2
Q&A: When life imitates art in Turkey's Covid-19 quarantine
3
Is the UK adrift now that Boris Johnson is in hospital?
4
What Africa and an Indian state tell us about containing past contagions
5
Yemen's warring parties accuse each other of attacking pipeline