Pro-Israel groups along with thousands of troll Twitter accounts targetted the high-ranking Google employee for writing a blogpost 14 years ago criticising Israel.

US technology giant Google removed its global lead for diversity, Kamau Bobb, after a social media storm by Zionist lobbies targetted him over his blog post written in 2007.

Bobb, who also headed Google's strategy and research teams, will however continue his engagement with STEM [Science Technology Engineering Math], a separate division at Google.

Bobb's 2007 blog post titled "If I were a Jew" was unearthed by the Washington Free Beacon, a conservative website financed by pro-Israeli American billionaire Paul Singer.

Positioning himself as a Jew, Bobb’s blog discusses how Jewish people ought to view the Israeli occupation of Palestine.

“I don’t know how I would reconcile that identity with the behaviour of fundamentalist Jewish extremists or of Israel as a nation.  The details would confuse me.  I wouldn’t understand those who suggest that bombing Lebanon, slaughtering Lebanese people and largely destroying Beirut in retaliation for the capture of a few soldiers is justified”, Bobb wrote after the Israeli aggression against Lebanon and Gaza in 2007.

“I wouldn’t understand the notion of collective punishment, cutting off gas, electricity and water from residents in Gaza because they are attacking Israel who is fighting against them.  It would be unconscionable to me to watch Israeli tanks donning the Star of David rumbling through Ramallah destroying buildings and breaking the glass” he said in the blog.

The Simon Wiesenthal Center called on Google to terminate his contract, saying the company should “fire this #antisemite.”

StandWithUs Israel Executive Director Michael Dickson, claiming that Bobb “makes revolting, and antisemitic, comparisons between Nazi actions” and Israel accused him of walking “the line on terror with text that could be seen as giving a green light to it”

However, despite the critics, some defended Google’s lead Bobb. Tablet Magazine senior writer Yair Rosenberg argued that he should have been “given a chance to account for how he’s changed/grown over the last 10 years when it comes to understanding Jewish people” but instead, he said “we get gotcha pieces in conservative outlets that aren’t interested in helping people empathize with each other and move beyond past problems, but rather in fashioning 10-year-old errors into the latest ammo in a culture war.”

The New York Post reported that Bobb sent an apology to the Jewish employees of Google.

“What I wrote crudely characterized the entire Jewish community. What was intended as a critique of particular military action fed into antisemitic tropes and prejudice. I think we can all agree, there is no easy solution to this situation. but that’s beside the point. the way I expressed my views on that conflict were hurtful” Bobb, the PhD holder in science and technology policy from Georgia Tech University said in the email.

However, this is not the first incident that employees of well-known institutions become a target of the social media campaign.

Emily Wilder, a young journalist at the Associated Press had been a victim of a Republican smear campaign regarding her pro-Palestinian advocacy while a student. AP news agency fired Wilder soon after Republicans at Stanford University where he studied resurfaced her history of pro-Palestinian advocacy, the mass online campaign participated by prominent figures including the Arkansas senator Tom Cotton.

Her dismissal came only days after a residential building that housed an AP office in Gaza was destroyed by the Israeli airstrikes.

The increasing number of reputation assassinations by pro-Israeli groups comes amid the public opinion in the US as well as the globe turns in favour of Palestinians.

Israel has long enjoyed support from Western governments particularly the US, no matter what party is in charge. But following the recent Israeli attack on Gaza and forced evictions of Palestinians from their homes in Jerusalem, solidarity with Palestinians has grown in the mainstream public debates. 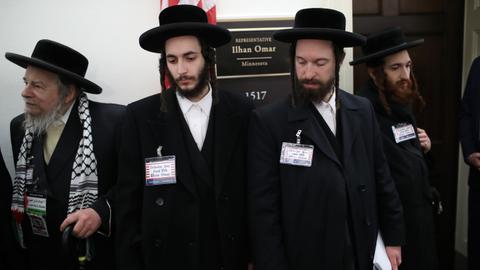 Orthodox Jews in US express support for Ilhan Omar 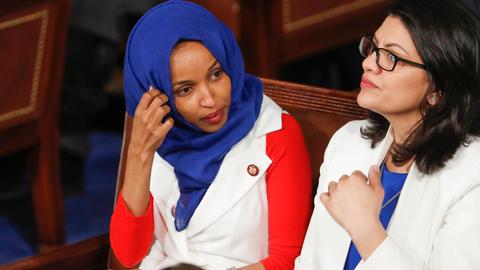 What does a fair American platform for Palestine look like? Nobody knows.